When John Legere handed the CEO reins of T-Mobile over to Mike Sievert last April, he gave him a ringing endorsement. "Mike shares my enthusiasm for T-Mobile, our employees, our customers  and calling BS on the status quo!"

This was high praise from the colorful and unashamedly outspoken Legere.

After all, calling out what he saw as BS from "dumb and dumber" (AT&T and Verizon, or is it Verizon and AT&T?) and "fixing" what he often described as a "stupid, broken, arrogant industry" were hallmarks of Legere's seven-year reign.

It led to a string of so-called "Un-carrier" initiatives designed to ease "customer pain points," ranging from the ripping up of contracts to unlimited data. The T-Mobile turnaround was on such a scale that Legere-ism [Ed note: Did you just make that up?] will surely be taught at business schools for years to come. 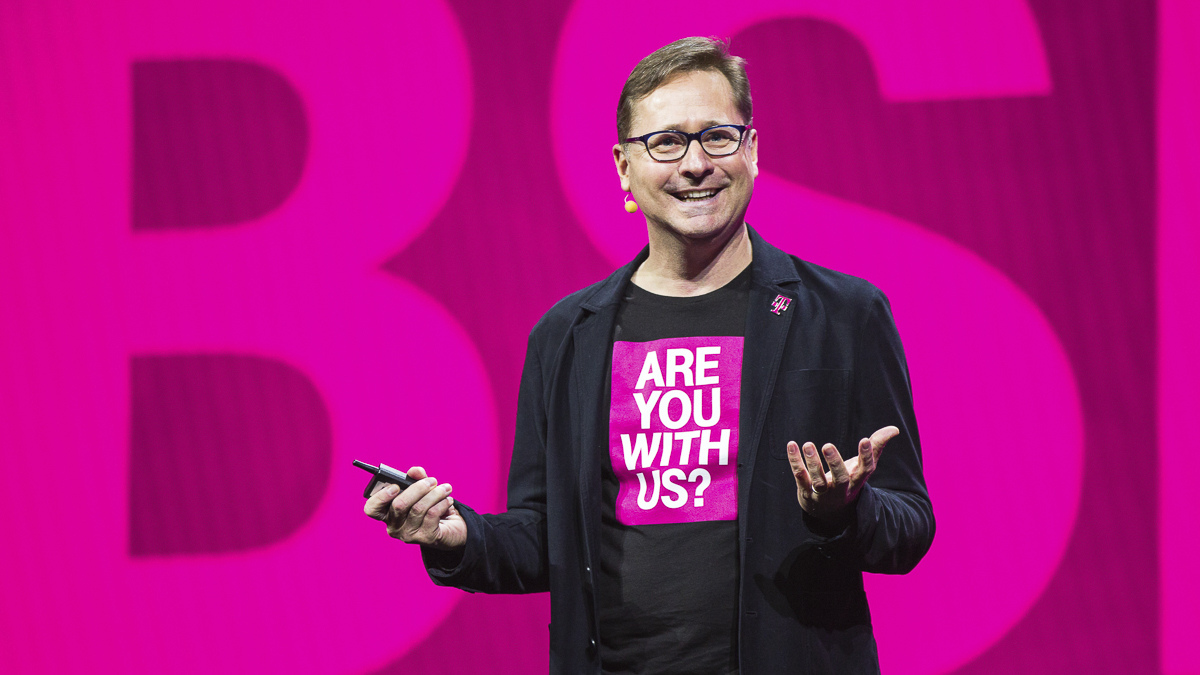 All on board? After eight years at T-Mobile, Mike Sievert took the top job in April 2020.
(Source: T-Mobile)

"Ten years ago, T-Mobile had the weakest network of the [then] Big Four, [but] had the industry's lowest prices to compensate," Craig Moffett, analyst at MoffettNathanson, told Light Reading.

"Today, they are on the cusp of having the country's best network, and their prices are still the industry's lowest."

At first glance, Sievert might seem to have his work cut out in keeping the Un-carrier train moving.

That is until you remember, as his website bio puts it, that "Mike has been actively involved in all of T-Mobile's significant corporate decisions since he joined T-Mobile in 2012 as chief marketing officer and since he became COO in 2015."

Sievert, as Legere would no doubt acknowledge, has been a key player in the T-Mobile revamp.

"T-Mobile's focus has been on identifying strategic weaknesses in their competitors, and exploiting them for market share gains," explained Moffett.

"They've been doing that for a decade, and Mike Seivert was a huge part of that long before he took the title of CEO."

True, Sievert may be distracted from Un-carrier duties as he and his team try and wring out as many cost-saving synergies as possible from the Sprint merger and roll out "ultra-capacity" 5G, but it has not stopped him from overseeing new, disruptive initiatives.

The most eye-catching was the relaunch last November of TVision, an aggressively priced live-TV streaming service.

Sievert bragged at the time that TVision was "TV done right." And in language not out of keeping with the Legere era  albeit a bit more toned down  Sievert said it was a "wake-up call to a cableopoly that holds TV fans hostage, bundling live news and sports into expensive packages with hundreds of other channels that people don't want, and don't watch."

If anything, however, Sievert may have been too anxious to burnish his CEO credentials as Mr. Un-carrier.

It soon transpired that some programmers, contrary to Sievert's claim that they were all on board, objected to the way their content was distributed on the TVision platform. The dispute, although it marred the launch of TVision, nonetheless showed that Sievert and T-Mobile are still in the business of trying to ruffle the feathers of competitors.

If the strategic focus is unwavering, the Legere signature of brash, confrontational language in public seems less a feature in Sievert's tenure.

"Without John at the helm, they've lost some of the bombast, but thats perhaps for the best," remarked Moffett.

Walter Piecyk, analyst at LightShed Partners, indicated to Light Reading that Sievert will need to be more of a diplomat and unifying figure than Legere, who took to heart the Silicon Valley motto of moving fast and breaking things.

"[He] will need to find his own voice to unify the different corporate cultures of Sprint and T-Mobile, and re-energize the new entity after what will be an exhausting corporate integration that will break some glass along the way," said Piecyk.