Deutsche Telekom gushes like a proud father about its Dutch business, and yet neither it nor Tele2, the other parent, wants to keep T-Mobile Netherlands in the family. Instead, and after much recent speculation about a takeover by India's Reliance Industries, they are selling it to private equity, as telecom operators invariably do these days. Apax and Warburg Pincus have swooped on the asset for a fee of 5.1 billion ($6.1 billion).

After several course corrections over the years  including the sale of fixed assets, the acquisition of fixed assets, a carve-out of towers and a merger with local rival Tele2  T-Mobile Netherlands has become one of the fastest-growing bits of the Deutsche Telekom empire. Its basic profits rose 13% year-on-year in the recent second quarter, to about 184 million ($218 million), on sales growth of 5.4%, to 506 million ($601 million). It is the leading Dutch operator, claims Deutsche Telekom, and it regularly tops third-party assessments. Its fixed-line business is on a tear.

But the German incumbent has no interest in retaining this outpost. Its priorities lie chiefly in the US and Germany, more lucrative markets where the costly rollout of 5G and fiber-optic networks means funds are being drained faster than Oktoberfest beer. After a US merger and splurge on spectrum, Deutsche Telekom's capital expenditure more than doubled year-on-year in the first six months of 2021, to about 16.6 billion ($19.7 billion). Ninety percent of that was spent in Germany and the US. 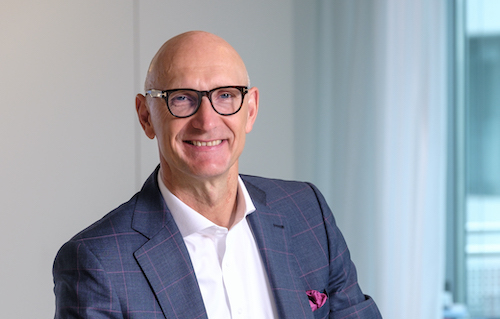 Deutsche Telekom CEO Timotheus Höttges is doubling down on America.

The operator's net debt skyrocketed after its takeover of Sprint, an ailing US operator that it merged with its T-Mobile US business. At the end of June, the figure equaled about 96.8 billion ($114.9 billion). It has not fallen much in the last year and equals about three times its annual earnings, well outside Deutsche Telekom's comfort zone ratio of 2.25 to 2.75. At the time of writing, it was also about 11.4 billion ($13.5 billion) more than Deutsche Telekom's stock-market value.

After sharing proceeds with Tele2, which owns 25% of T-Mobile Netherlands, Deutsche Telekom will collect only 3.8 billion ($4.5 billion) from the sale, barely enough to move the debt needle. But it will no longer have to commit funds to an operation on the periphery of its interests. The fee private equity is paying also works out at a decent multiple of 8.7 times basic annual earnings at T-Mobile Netherlands. Jefferies says the fee reflects "private-market demand for telecom assets." Despite its strong performance, the Dutch business faces "strategic challenges," says the bank.

Equity moves also show where Deutsche Telekom wants to focus. As well as selling T-Mobile Netherlands, it is increasing its stake in T-Mobile US by 5.3 percentage points, to 48.4%, through a transaction with SoftBank, T-Mobile's other big owner. In exchange for those shares, SoftBank picks up a 4.5% stake in Deutsche Telekom as well as $2.4 billion in a cash payment. This effectively chews into the cash proceeds from the T-Mobile Netherlands sale and leaves a relatively small amount for paying off group debts or reinvestment elsewhere.

After crunching all the numbers, Jefferies has calculated that Deutsche Telekom is paying $109 for each T-Mobile US share, 20% less than the closing price on September 3. SoftBank, meanwhile, is acquiring each Deutsche Telekom share for 20 ($23.70), about 12% more than yesterday's closing price. All told, this seems like a good deal for the German operator, whose shares have risen 18% so far this year.

Jefferies points out that increasing the stake in T-Mobile US to more than 50% is "stated management strategy" at Deutsche Telekom. The US business continues to outpace local rivals AT&T and Verizon, both of which (but especially AT&T) were tripped up by earlier multi-billion-dollar blunders in media and content markets.

Deutsche Telekom's love affair with America is easily rationalized. T-Mobile US, despite gobbling capex, was responsible for 63% of group sales and 64% of earnings in the first half of this year, making it the most important part of the company by far. And while sales rose just 2% in Germany, they were up more than a fifth in the US. At home and throughout Europe, Deutsche Telekom scrabbles for the odd percentage-point increase in revenues. In America, it still looks unstoppable.

The good times cannot last forever. After recent strategic U-turns, both AT&T and Verizon are now doubling down on their core telecom operations and backing away from their former bets on TV and Internet content. But T-Mobile has continued to defy skeptics who reckoned its Sprint merger would consume attention and slow it down.

The direction of travel should worry European authorities and industry bosses. Concern is widespread that Europe's telecom sector lags parts of Asia and North America on 5G rollout. Deutsche Telekom does not only generate most of its sales in America; it now invests most of its money there, too  around 55% of total capex last year, minus any spending on spectrum. Against that backdrop, the T-Mobile Netherlands sale seems a further sign that Europe's largest service provider is disenchanted with the region.