The allegations of abuse, which include hitting and choking former romantic partners, were first reported by The New Yorker on Monday. Schneiderman denies the charges, but nonetheless said he is resigning as attorney general because of their impact on his ability to continue effectively in office. 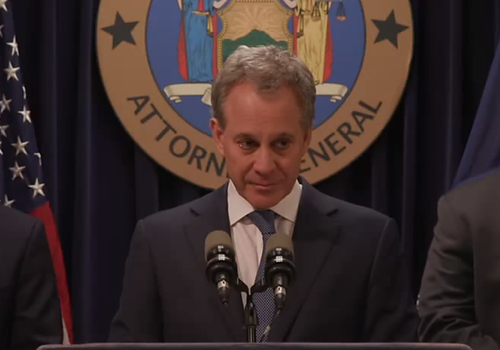 While Schneiderman's resignation is not associated with his performance on the job, telecom and cable industry executives will not be sorry to see him go. The New York AG has been a vocal critic of numerous industry practices and is actively fighting the industry on multiple legal fronts.

Most prominently, Schneiderman is one of roughly two dozen attorneys general in the US suing the Federal Communications Commission (FCC) for repealing the Open Internet Order of 2015. In New York and a handful of other states, the lawsuit is paired with an executive order requiring companies that do business with state agencies to abide by net neutrality principles. (See Net Neutrality: States' Rights vs. the FCC.)

Schneiderman is also at the head of a suit against Charter Communications Inc. in New York. In that complaint, the attorney general has accused Charter of leasing equipment to subscribers that can't support the broadband speeds promised by the company. Charter has tried to get the lawsuit dismissed, but has so far been unsuccessful. (See NY State Sues Charter for Broadband Fraud.)

Until now, Schneiderman had been considered a rising star in progressive circles. In addition to his hard line against the telecom industry, Schneiderman has been a vocal opponent of the Trump administration, and, ironically, a prominent voice in the #MeToo movement.

His full statement of resignation reads:

"It's been my great honor and privilege to serve as Attorney General for the people of the State of New York. In the last several hours, serious allegations, which I strongly contest, have been made against me. While these allegations are unrelated to my professional conduct or the operations of the office, they will effectively prevent me from leading the office's work at this critical time. I therefore resign my office, effective at the close of business on May 8, 2018."