Ringing out all the changes from the Trump administration, the Biden administration has now said it will be reviewing Donald Trump's efforts to ban TikTok in the US.

The Biden administration "plans to conduct an evaluation of the underlying record justifying those prohibitions," he said in a motion filed separately in two federal appeals courts, in the District of Columbia and the Third Circuit.

And this "review of the prohibitions at issue here may narrow the issues presented or eliminate the need for this Court's review entirely," he told the court. 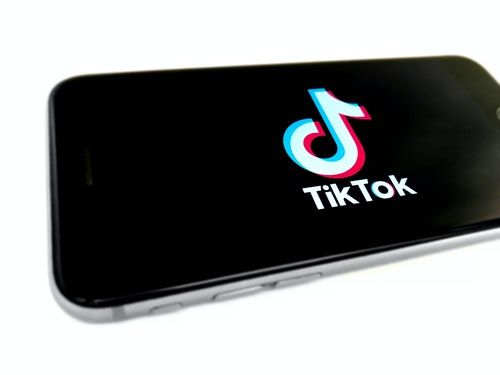 Times change: TikTok may continue its US operations without the involvement of Oracle and Walmart.
(Source: Franck on Unsplash)

In response, the Third Circuit Court of Appeal cancelled oral arguments which had been scheduled for today and asked the government to file a status report in 60 days.

The move comes as part of a new wide-ranging evaluation of US policy toward Chinese tech firms and trade practices.

Meanwhile, a joint effort by Oracle and Walmart to put together a deal to acquire TikTok's US operations appeared to have stalled. ByteDance's enthusiasm for parting with its breakthrough app seems to have dimmed.

Sources say the Chinese company's forced sale of its US operations is now "shelved indefinitely." It increasingly looks as if TikTok may continue its US operations without proceeding with any arrangement with Oracle and Walmart.

Officials have suggested, so far, the approach will be multilateral, and it is not expected to focus on particular apps like TikTok, but take a more wide-ranging stance on Chinese trade practices.

Administration officials have stressed the new White House team will take a patient approach to reviewing evidence and formulating new US policy.

"It's not accurate to suggest that there is a new proactive step by the Biden White House," she argued.

But rather, "broadly speaking, we are evaluating the risks to US data, including from TikTok, and will address them in a decisive and effective fashion."

This message about patience also partly reflects the fact that many new US officials who will be involved in the review of US policy towards Chinese tech are not yet in post.

Huawei not in the clear

This is a subtly different message than the administration has so far sent about another Chinese tech company, Huawei.

Any space that TikTok is freeing up in the US court system's dockets likely will be filled by Huawei, which this week has gone to court against the US Federal Communications Commission's.

In June, that agency called Huawei and ZTE a threat to US national security, and prohibited US companies from spending government subsidies on their equipment.

TikTok hasn't just been sitting waiting for the telephone to ring.

The platform is preparing for a huge e-commerce push throughout the US, parking its tank in the kitchen of livestreamed commerce.

More grandly, it aims to challenge Facebook's dominance in e-commerce with a bevy of new features, including ones letting users share links to products and receive commissions on sales.

ByteDance's bet is that the distinction between content and commerce is dissolving, and being marketed to by your friends or influencers feels less polished and more authentic.

This week it added an "expanded" global licensing agreement with Universal Music Group to deals with Sony and Warner in November and December.

But in terms of offering more details about its policy toward big Chinese tech firms, a fierce battleground for the previous administration, Washington's new team in town is clearly, erm, Biden its time.