Arm cuts itself off from Russia, joining Intel and AMD

Already denied the Big Mac, the Grande Caffe Latte and Nike's latest running shoes, Russians may also need to replace certain Internet services with something more analog and old-fashioned. Chipmakers AMD and Intel, which dominate the market for data center processors, brought a swift halt to Russian deliveries after Vladimir Putin sent tanks into Ukraine. UK-based Arm this week revealed it has joined them.

The suspension of ordinary business by those three companies deprives Russia of the essential components it needs to build and operate data centers, the physical infrastructure that underpins the Internet. Today, there is simply no alternative. Data provided by Omdia, a market research firm and sister company to Light Reading, shows that Intel processors were used in 77% of data center servers late last year, with AMD holding an 18% share. The remaining 5% was based entirely on Arm.

Headquartered in the UK city of Cambridge, but owned by Japan's SoftBank, Arm confirmed its decision by email in response to questions posed by Light Reading. "In compliance with the export restrictions and economic sanctions announced by the UK, EU, US and other governments, Arm has suspended delivery of products and support to customers and partners in Russia," said the company. 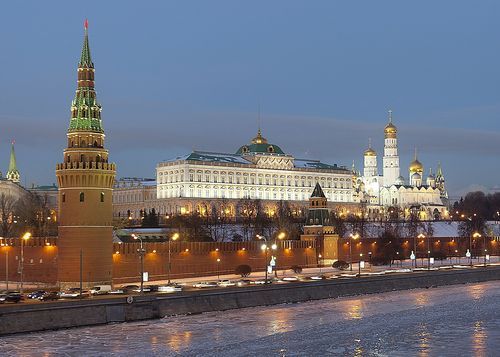 Russia is losing access to components essential to the running of the Internet.
(Source: Pavel Kazachkov under Creative Commons)

The move is potentially devastating for Russian customers that would have seen Arm as the natural alternative when AMD and Intel stopped sales. Unlike those US firms, Arm does not make processors but instead sells its blueprints to chip companies such as Broadcom, Marvell and Qualcomm. Its customers also include data center giants including AWS.

Russia has smaller cloud equivalents in Yandex and Mail.ru, as well as data center operators like DataLine and Rostelecom. Last year, Yandex announced plans to set up its own server hardware business in collaboration with VTB, a state-owned Russian bank. It would need a supplier of processors not subject to sanctions but conceivably could have procured Arm blueprints direct from the company, or relied on a Russian partner served by Arm. That no longer seems an option.

Yandex alerted investors to its supply problems at the start of the month. "We believe that our current data center capacity and other technology critical to operations will allow us to continue to operate in the ordinary course for at least the next 12 to 18 months," it said in a statement. "In the event of any prolonged suspension of supplies of hardware, software or other technology used in our business or offerings, if we are unable to secure alternative sources, our operations could be materially adversely impacted over time."

Still unclear is whether Russian operators and cloud companies can find workarounds, obtaining Arm-based processors from non-Russian customers of the UK firm. Sanctions have similarly prevented Huawei from buying US chips, but the controversial Chinese vendor has relied on an existing relationship with Arm to make its own server processors. Those feature in a data center Huawei opened in Moscow last summer.

Arm declined to say if its dealings with Huawei had been affected by the latest sanctions. "We cannot comment on specific partners," a spokesperson told Light Reading. "Arm remains committed to compliance with all export controls and economic sanctions applicable to its business globally."

The suspension of all sales to Huawei was mooted in 2019, when Arm reportedly feared its designs included US-origin technologies that would make them subject to US rules. But executives appeared to change their minds after a more comprehensive review, allowing them to continue serving Huawei.

The moves by AMD, Intel and now Arm are not an immediate disaster for Russia because it already has functioning data centers and stockpiles of chips. As Yandex points out, however, this inventory will eventually run out. Cut off from the processor market, Russian firms might then be forced to "curtail their expansion plans," warned Manoj Sukumaran, a principal analyst for data center IT with Omdia. Internet services could be affected.

One option for Russia would be further investment in RISC-V, an open source alternative to Intel designs (which are also used by AMD) and Arm. Several Russian companies are already at work on the development of processors that use RISC-V, according to Sukumaran. Those include technology investment firm Rostoc, server maker Yadro and design house Syntacore. RISC-V, however, has a long way to go to establish itself as a viable third option. For the Russian cloud, there are some dark days ahead.