AWS had another outage this week, but this one was brief.

The cloud giant said on its service availability dashboard on Wednesday that it had outages in its US West region – Oregon and California – and resolved both connectivity issues quickly.

Multiple news reports cite Downdetector.com data revealing that several services that use Amazon's cloud to run their companies, like Netflix and Slack, were briefly down on Wednesday. 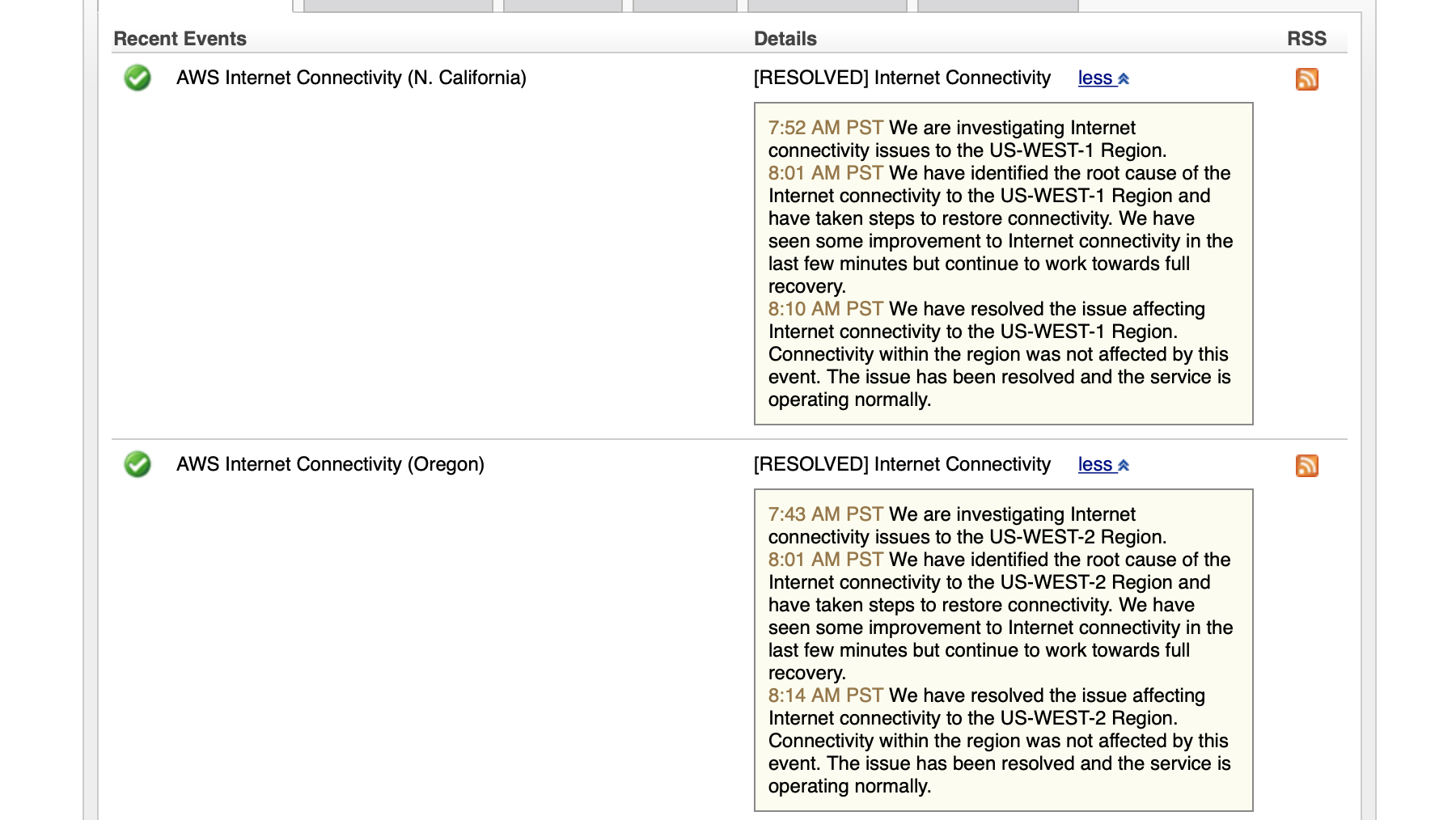 A screen grab of Amazon's service availability screen shows the two issues that kicked off a day of headlines.

Downdetector's summary of incident reports on AWS from the past 24 hours.

Ring, which started as a video doorbell company and now offers monitored home security services, was among the Amazon-owned services that experienced some downtime.

Similarly, Wyze, a smart home camera and device company, tweeted that AWS was a main cause of its service interruptions on Wednesday, while its customers were flooding its Twitter feed with pictures of offline cameras and apps with error messages.

Hey there! So sorry about the technical difficulties. Our services are powered by Amazon Web Services (AWS) which is experiencing downtime at the moment. You can track our Service Status page here for updates:https://t.co/FJiEnet40Q

Last week's AWS outage was much more lengthy and damaging, affecting hundreds of companies and cloud-based services, and drawing comments from telco execs on the nature of public cloud reliability. Telcos and other large companies relying on just a few major cloud providers will compound the effects of any service outage, as more online services, cloud providers and device makers are interlinked in a common quest for super-efficient supply chains, zero-touch retailing and growth at all costs.