US adds 38 more Huawei-related firms to its naughty list

The US continues to take swings at Huawei's kneecaps as it layers on more restrictions involving the use of US-sourced tech and software used by Huawei to build smartphones and telecom gear. 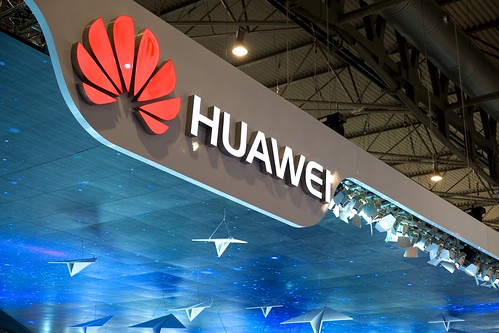 Today's action added another 38 Huawei subsidiaries and affiliates to the Entity List, the Commerce Dept.'s list of companies and individuals in which commercial trade is restricted and subject to special license requirements. Also, it made it necessary to obtain a US government license to act as a "purchaser, intermediate or end user" of anything used by a company on the Entity List. "This amendment further restricts Huawei from obtaining foreign made chips developed or produced from U.S. software or technology to the same degree as comparable U.S. chips," the Commerce Dept. announced.

The trade enforcement announcement that restricts Huawei from buying chips or gear made with US tech or software was first announced in May. Commerce allowed a 120-day period between the announcement and the rule taking effect; it'll take effect in mid-September.

The announcement on Monday layers on more permutations of how Huawei could creatively source its chips, closing every loophole the Commerce Dept. could think of.

The upshot of these actions, all together, is to block Huawei from buying chips from one its biggest suppliers, TSMC, the massive Taiwanese foundry that uses capital equipment and software developed by US firms. It will be a big blow to Huawei's supply chain, but the company does have other options  even Qualcomm, which has expressed worry that choking off Huawei's suppliers in this way will only strengthen Qualcomm's international competitors.

In our most recent podcasts covering the US vs. Huawei, we've discussed Huawei's next moves, the prospect of China's retaliation against US firms and how the industry will cope without Huawei as a buyer of components and other US-sourced tech.