Don't poke the bear is probably the most charitable description of Germany's Russia policy while Vlad the invader has sat on the throne. Snuggle up to the bear for warmth and make sure it's well fed would be more accurate.

Little changed under successor Angela Merkel, whose half-witted decision to shut down nuclear power plants because of an earthquake in Japan has left Germany with no viable alternatives to Putin's gas. With the bear suddenly dangerous, and the winter looking cold, the prospect of energy blackouts has rattled some of Germany's biggest companies – Deutsche Telekom among them. 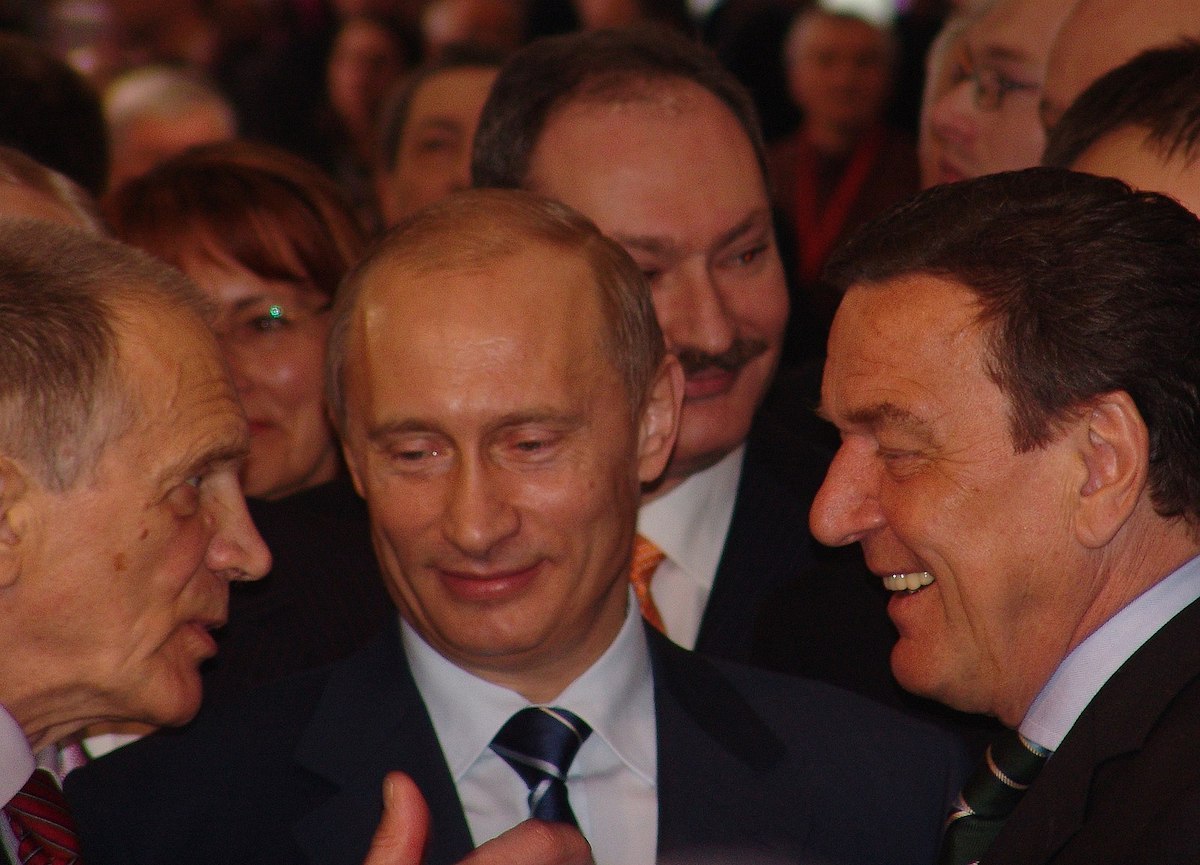 Thanks to its diesel generators, other gas substitutes and status as a "critical infrastructure" provider, Europe's biggest telco probably won't judder to a standstill this Christmas, CEO Timotheus Höttges told analysts on his company's most recent earnings update a few weeks ago. The problem, he acknowledged, is not Deutsche Telekom itself but Deutsche Telekom's customers.

"If there is a blackout of certain regions, customers cannot use their services anymore because handsets require energy as well," he said. Describing this as "not an easy scenario," Höttges also declined to say for how long Deutsche Telekom would be able to operate its networks independently of mainstream energy supplies.

But dependency on Russian gas is not the only potential choke point for telcos. Besides the Russian bear, there is the Chinese tiger – another giant beast Germany seemed to think it could tame through trade. A destination for BMWs, machine tools and other German cleverness, China today ranks as Germany's second-biggest export market after the US, accounting for nearly 104 billion ($103 billion) in trade last year. Germany also imports more from China than it does from any other country – goods and services worth more than 142 billion ($141 billion) in 2021.

And wrapped into that bundle are the basestations that power most of Germany's mobile networks, including that of Deutsche Telekom. In a detailed and data-rich study published in mid-2020, Strand Consult, a Danish advisory firm, worked out that nearly 57% of the equipment used in Germany's three 4G networks was Chinese, supplied by either Huawei, the world's biggest telecom equipment supplier, or state-backed ZTE.

Throughout most of the 2010s, few questions were asked about this heavy reliance on companies based in a totalitarian state that imprisons citizens who criticize the ruling party and, it turns out, maintains concentration camps for an ethnic minority (the Uighur Muslims). Even when Donald Trump led an international backlash against Huawei and ZTE, Germany and its operators made few concessions. There has been no mass swap-out of Huawei equipment of the kind now happening in the UK.

China looks scarier than ever, though. Xi Jinping, its ruler for life, bullies the Hong Kongese, threatens neighbors and crashes missiles into the seas around Taiwan. An invasion of that island, ever likelier, would at least precipitate the same kind of sanctions the West used against Russia after it piled into Ukraine. For Germany and its telcos, that could be as unpleasant as spending winter starved of Russian gas.

In a conflict or near-conflict scenario, one thing to consider is what damage China could inflict on Germany's operators via Chinese vendors. While ZTE is state-backed, Huawei is owned by its employees, it has long insisted, and not under the control of China's government. But any company executives in China must do the state's bidding or risk a similar fate to Mikhail Khodorkovsky, the Russian oligarch who spent years in a Siberian labor camp after clashing with Putin.

Concern that Huawei might spy on Western countries through software "backdoors" installed at Xi's behest is partly why countries are restricting Chinese vendors. Far worse than surveillance would be sabotage – effectively, the flipping of a "kill switch" that brings down networks. One senior telecom executive who spoke with Light Reading on condition of anonymity confirmed this is feasible if security systems are weak in today's software-based infrastructure.

The greatest risk would come if an operator had effectively outsourced its network management to a Chinese vendor. This happened in Germany more than eight years ago when E-Plus, a German subsidiary of Dutch KPN, found itself being managed by ZTE from China. "It was operated by Alcatel, which divested that part to ZTE, and you had a situation where the mobile network was increasingly operated from Shenzhen," said Karsten Nohl, a German security expert whose company, Security Research Labs, is hired to do friendly hacks on networks to expose any vulnerabilities.

"They monopolized the operational capability," Nohl told Light Reading. It gave ZTE an ability to cripple the E-Plus network simply by downing tools. "It is the equivalent of going on a labor strike," said Nohl. "It just stops working." That dependency ended with the takeover of E-Plus by Telefónica Deutschland in late 2014, just a few months after the arrangement between E-Plus and ZTE came to light.

How does Nohl feel about the risks in Germany today? "I guess we settled on a situation where Huawei can switch us off and we can switch ourselves back on," he said. "It might take some weeks, but we are talking about World War 3 here anyway. Why would China switch off Germany if not for a war situation?"

Operators in other parts of Europe have shown that radio access network boxes can be ripped out and replaced without major disruption and expense. Yet the UK's BT has completed swaps from Huawei to either Ericsson or Nokia across only about 3,000 of the roughly 12,500 sites that ultimately need to be changed, it emerged this week. Authorities gave it and other Huawei-dependent operators several years to wean themselves off Chinese equipment after hearing their pleas.

Moreover, Deutsche Telekom now appears to have a huge amount of 4G and 5G equipment that comes directly from Huawei. If Strand Consult's data is accurate, Chinese basestations are used at 20,800 of the German incumbent's 32,000 sites, with the remainder served by Ericsson. A swap on that scale is unlikely to be easily done or inexpensive.

Perhaps even more troubling from a security perspective is reliance on Huawei in the core, the control center of the network where any cybercriminal could run riot. Deutsche Telekom has apparently been moving from a Huawei core to one provided by Mavenir, a US software company (Deutsche Telekom previously declined to comment), but the transition is unlikely to be finished. BT named Ericsson as the replacement for its own Huawei core back in April 2020 and has so far moved only about 1 million customers to the new system.

Höttges has done an admirable job as Deutsche Telekom's CEO in many regards, completing a merger between T-Mobile and Sprint in the US, boosting profitability in Europe and successfully upgrading numerous country networks. But the German strategy for coping with geopolitical risks seems a bit like the plan in Shaun of the Dead, a British zombie flick whose protagonists decide they will take shelter in the local pub and "wait for all this to blow over." As they sup on their unrefrigerated Oktoberfest beer, German telecom executives will have to pray the various lights stay on.