Adding a subset of sorts to its fully fledged Xfinity Home service, Comcast has introduced a "Self Protection" service powered by security cameras paired with 24/7 continuous video recording.

Comcast said the new offering, which starts at $10 per month (with support for up to four cameras) and includes capacity to store seven days of uninterrupted video, is designed for customers who might not require a professional install or a monitored, whole-home security system.

The indoor/outdoor HD cameras with night vision sell for $120 each  all upfront or for $5 per month for 24 months. 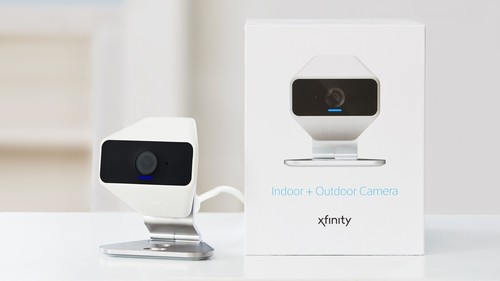 Comcast's Self Protection service supports up to four of the MSO's cameras, which fetch $120 each.

The system is also set up to send alerts to the customer's smartphone when cameras detect people activity and can search recorded video by that activity. Comcast has also integrated Self Protection with its X1 and Flex platforms, allowing customers to control and manage the cameras with their voice remote and pull up live feeds and video clips to the TV screen.

At launch, Self Protection is available to Comcast broadband customers with operator-supplied gateways outfitted with the operator's "xFi" Wi-Fi/home network management system. Self Protection subs can also upgrade to the full Xfinity Home service.

Self Protection currently is not available to broadband customers on modems or gateways without xFi onboard or those who rely on a third-party device bought at retail.

In addition to basic home video coverage and surveillance, Comcast also believes that the new offering will come in handy during the holidays as consumers lean on online shopping services that ship products to the door, which opens opportunities for thieves to pilfer the goods.

According to the 2020 Deloitte holiday retail survey, 73% of shoppers plan to have items delivered this holiday season, compared to 62% in 2019.

Self Protection expands Comcast's smart home offerings, which include Xfinity Home, a broader service that also includes home security and access to a range of integrated IoT devices such as connected thermostats, lights, locks, doorbells and door/window sensors.

Comcast has not broken out revenues and customer numbers for its security and automation business segment for almost a year. That category is now baked into an "other" category that generated $382 million in Q3 2020 and also includes revenues from Comcast's digital media center, commissions from electronic retailing networks and licensing of the cable operator's technology platforms to other pay-TV providers.