Joe Biden is well on his way to taking over leadership of the US government's executive branch.

This week Biden named the members of his FCC transition team. The team includes former officials from the FCC and NTIA, Congressional aides, and former FCC Commissioner Mignon Clyburn, a leading candidate to chair Biden's FCC.

While we won't know what Biden will actually do until he's inaugurated, we can discuss what Biden is likely to do with an industry insider who also served in the Obama administration.

Tom Wheeler was the chairman of the FCC during Biden's tenure as vice president, heading up the agency's efforts to craft net neutrality guidelines (guidelines that were promptly mothballed by Trump's FCC). Before that, Wheeler headed the trade associations for both the wireless and cable industries.

Wheeler is now a visiting fellow at the Brookings Institution and a senior fellow at Harvard Kennedy School. He's not here for our parlor games but he is here to talk about the incoming president and what the industry might expect during the next four years.

This interview has been edited for brevity and clarity. 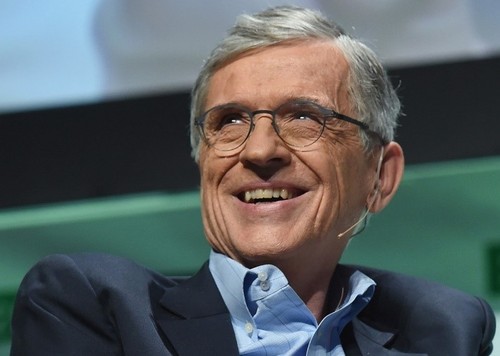 Light Reading: What are your overall expectations from President Biden in relation to the telecom industry?

Wheeler: I think that we're going to see a return to governing instead of de-governing.

The approach of the Trump FCC has been to walk away from their responsibility to protect the public interest in the networks that they regulate. Somebody once said: To err is human, to forgive there's deregulation.

Hopefully we're going to move from the era of, let's have policy by Tweet, and return to fact-based stability and expectations.

Light Reading: Who will lead the Biden FCC?

Wheeler: You know, it's one of the great parlor games in Washington. Everybody talks about it, but what actually happens is defined by forces beyond anyone's control.

Wheeler: I'm not going to play in the parlor game.

Light Reading: What do you think the Biden FCC might do about net neutrality?

Wheeler: President-elect Biden, during his campaign, did say he was in favor of Title II-based net neutrality. I'll take him at his word.

Light Reading: What about universal broadband and the digital divide? How do you expect a President Biden to address those kinds of issues?

So I think we need to have broadband not just everywhere, which is going to cost about $80 billion, but also for everyone, which is something Trump conveniently overlooked.

You know, one of the most appalling things about the last four years has been leadership saying the digital divide is our No. 1 priority, and then proceeding to deal only with red-state rural connectivity and to ignore the lack of connectivity for low-income Americans living in blue, urban areas  even though there are three times as many low-income Americans without the Internet than there are rural Americans without the Internet.

Hopefully, we will now see an administration coming in and saying broadband everywhere and broadband for everyone.

Light Reading: Do you think Congress will have an interest in funding that kind of a proposal?

This is a crazy business proposition for them. And I'm just amazed that they have not been talking to their Republican friends and saying, this is good for the country and good for us, to do it.

Light Reading: The US Department of Defense has a new proposal around 5G and spectrum sharing. What do you think will happen with this under a President Biden?

Wheeler: I'm only speaking personally, I can't speak for President Biden. But I think sharing is good, and destabilizing the traditional spectrum allocation process is bad.

Let's go back to what we did in the creation of CBRS, because CBRS is spectrum allocated to the Defense Department on a sharing basis. And we were able to work that out. That was lengthy negotiations with the DoD. And it looks like it has been successful.

Light Reading: Let's talk about the US-China trade war in general and Huawei specifically. What do you expect to happen on these broad topics in the future?

Unfortunately, a handful of smaller carriers chose their own economic interests over the national interest. But I think that that issue is clear: The Obama administration urged against the use of Huawei, for some clear-cut and obvious reasons.

Light Reading: And so a President Biden would continue along this course?

Wheeler: I can't see that it's gotten better.