ZTE risks penalties with 'business as usual' in Russia

New prohibitions on the sale of US technology in Russia arguably pose little direct threat to Huawei. Deemed a nefarious entity long before Russian tanks rolled over Ukraine's border, the Chinese equipment giant is already barred from buying many US components and US-origin technologies, as well as selling its wares to major US firms. After unleashing the legal artillery, the US has few other ways to hurt it. The main danger for Huawei is possibly how non-Russian customers react. Proof of Huawei's continued involvement in Russia might persuade some to boycott its products.

The same cannot be said of ZTE, Huawei's smaller Chinese rival. Heavily reliant on US components, it was previously caught selling products that used them to Iran and North Korea, in breach of US laws. Placed on a similar trade blacklist to the one that currently shackles Huawei, it nearly went out of business. Delisted after paying hefty fines and promising to play by the rules, ZTE has subsequently rebounded. That yo-yo experience illustrates the risks of another infraction.

Neither Chinese vendor has been explicit about the status of its Russian operations. Their silence contrasts markedly with the outspokenness of Nordic rivals Ericsson and Nokia. Both companies paused deliveries to Russian customers when Russia invaded Ukraine, partly to comply with US sanctions. Since then, Ericsson has suspended business with Russia indefinitely, while Nokia is planning for a complete withdrawal. 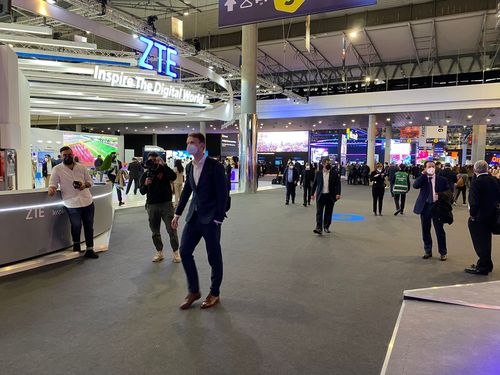 ZTE was out in force at this year's Mobile World Congress in Barcelona.
(Photo by Fiona Graham)

The widespread assumption is that Huawei and ZTE are continuing to operate in Russia. Last week, Huawei was reported by the Wall Street Journal to have sent shipments to the Russian arm of Veon in March. It has also been accused of helping to prop up the Russian Internet after that was targeted by international hacktivists. Huawei's statements to the media have not clarified its position. ZTE did not even respond when asked if it was still active in Russia.

But a naming-and-shaming list of companies still operating in Russia, maintained by the Yale School of Management, includes ZTE in its "digging in" section of firms considered to be "defying demands for exit or reduction of activities." ZTE is taking a "business as usual" approach to the Russian market, according to this list.

Dell'Oro, a research company, puts the combined share of Huawei and ZTE in Russia's market for radio access network (RAN) products at between 40% and 60%, with Huawei likely to have a bigger presence. A quarter of the market would equate to revenues of about $160 million annually for ZTE, based on Dell'Oro's numbers. But ZTE is known to have supplied more than just RAN products to Russian operators.

In 2018, it secured about 70% of the work on a broadband upgrade for Rostelecom, one of 13 state-owned Russian companies blocked from raising money through the US market on February 24. Veon, in a filing with the US Securities and Exchange Commission (SEC) last month, identified ZTE as one of its five main network equipment suppliers (the others being Cisco, Ericsson, Huawei and Nokia). Last year, ZTE also landed a major RAN contract with MegaFon, a mobile operator partly owned by Russian oligarch Alisher Usmanov, who has been subject to new European and US sanctions since March.

ZTE's continued reliance on US components has been flagged recently by several suppliers. In January, weeks before it was finally swallowed by AMD in a $49 billion takeover, Xilinx outed ZTE as a customer of its chips when citing risks. The Chinese company, it said in a SEC filing, had been granted relief from a denial order and was not currently subject to restrictions. Any change there could have a "material adverse effect" on Xilinx, it pointed out. "Nokia, Ericsson, Samsung and ZTE are still our largest wireless customers," said Gilles Garcia, a senior director at the company's data center and communications group, during an interview this month.

Xilinx has previously sold chips to ZTE for use in 5G basestations and Internet Protocol transport equipment. ZTE's onward sale of such products in Russia may be a concern for AMD, which halted its own deliveries to Russia in March. "During the fiscal quarter ended March 26, 2022, we and our subsidiaries, including Xilinx, suspended shipments to the Russian Federation," it said in a SEC filing that month.

Other US companies that name Chinese vendors as customers include Lumentum and NeoPhotonics, two makers of optical components that are attempting to merge (Lumentum announced a $918 takeover of NeoPhotonics in November). Lumentum previously counted Huawei as its biggest customer, responsible for more than 17% of total sales in the 2016 fiscal year. But the figure had shrunk to less than 11% last year as the noose around Huawei tightened, and it is expected to drop even further in the future. There is no such brake on Lumentum's business with ZTE.

NeoPhotonics is in the same position, listing both Huawei and ZTE as customers but noting that sales to the former have been on the slide – and in dramatic fashion. In 2020, Huawei accounted for as much as 40% of NeoPhotonics' revenues. Last year, the figure had fallen to just 11%.

The burden of proof

These arrangements do not prove ZTE has broken any of the latest sanctions against Russia. While the rules are fiendishly complex, and include various exemptions for consumer equipment, they do bear similarities to the restrictions affecting Huawei. This means even the supply of ZTE-designed chips to a Russian company might be an infringement if they were made with US tools or software.

"In the semiconductor space, it is generally fairly easy to conclude that a foreign-made semiconductor of any sort  memory, logic, advanced  is probably subject to US export controls because of the ubiquity of US-origin production and test equipment," said Kevin Wolf, a partner at Akin Gump Strauss Hauer & Feld and the former assistant secretary for export administration at the US Department of Justice.

ZTE's resumption of business with US companies, after its relatively short spell on the trade blacklist, suggests it has made little progress on diversification of its supply chain. It has, however, sharply increased its spending on research and development (R&D), which rose 27% last year, to about 18.8 billion Chinese yuan (US$2.8 billion). "Proprietary R&D on core chips will be enhanced to assure the business sustainability of our products," said Li Zixue, ZTE's chairman, in a March statement accompanying ZTE's latest annual results. 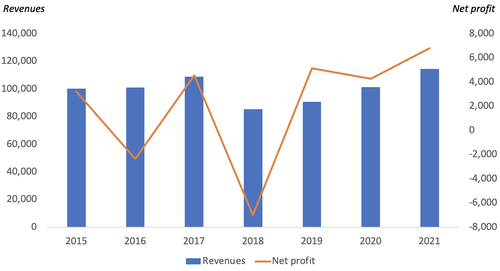 Were ZTE caught and penalized for selling US technology in Russia, another blacklisting would be disastrous if it resembled the last experience in 2018. After it was forced to cease operations for just a few weeks, ZTE watched its revenues drop one-fifth that year and ran up a RMB7 billion ($1 billion) loss. Now largely unrestricted outside the US (where it cannot sell freely), ZTE last year managed a RMB6.8 billion ($1 billion) profit.

"There is a risk," said Wolf. "The US government, from my interactions with it, is absolutely focused on trying to find evidence of violations as described. It is a high priority. If it happens, based on their statements I am confident the sanctions will be really quite aggressive."