With Democrats' Senate wins, Sohn is likely headed to the FCC

Gigi Sohn may soon take a seat as FCC commissioner thanks to Democrats' narrow victories in US midterm Senate races around the country, according to the financial analysts at New Street Research.

If Sohn's nomination is approved by the US Senate in the coming months, Democrats would have a majority of seats at the five-member commission. That could pave the way for the FCC to reclassify Internet service providers (ISPs) as Title II carriers, a precursor to reinstating the net neutrality guidelines introduced under Democratic President Barack Obama but rejected under President Donald Trump, a Republican.

"We now believe it is likely that a third Democratic commissioner joins the [Federal Communications] Commission, either through a vote in the lame-duck session (in which case it will be the current nominee Gigi Sohn) or sometime in the first few months of 2023," the New Street analysts wrote in a recent report to investors.

There has been some speculation that President Joe Biden could replace Sohn with a different nominee, but White House officials have continued to publicly push for Sohn. 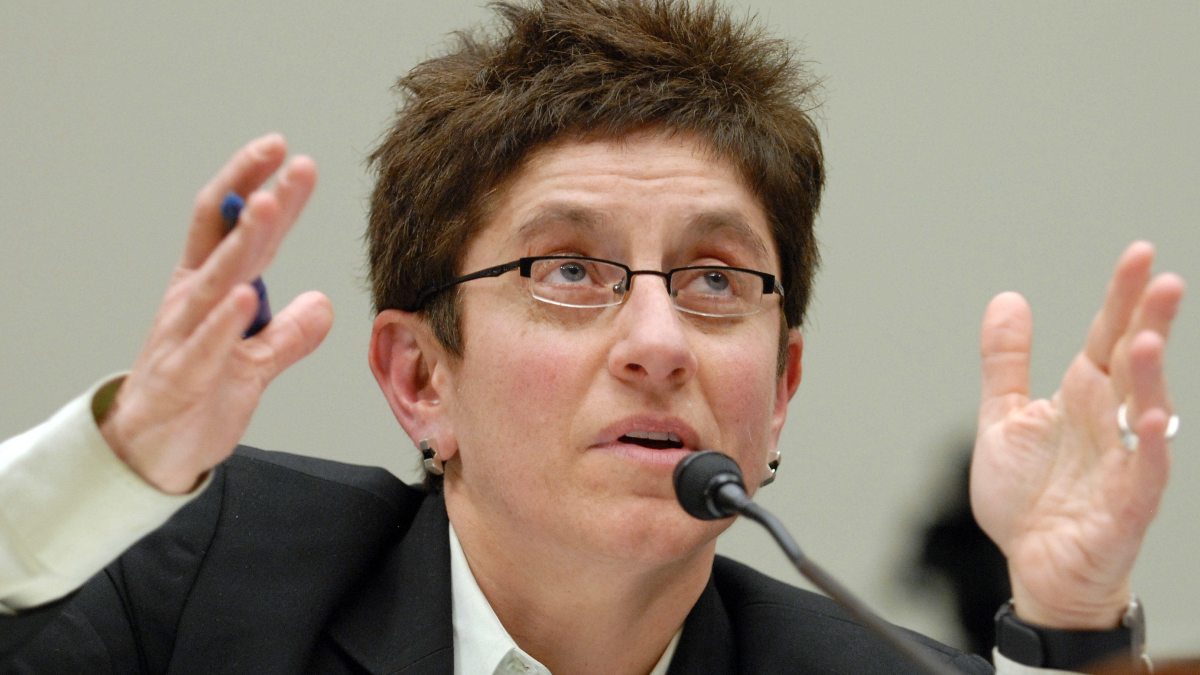 Gigi Sohn was nominated to the FCC in October 2021 but never confirmed. That could change with Democrats holding the Senate.
(Source:UPI/Alamy Stock Photo)

As reported by The New York Times, Democrats secured a 50-seat, bare-minimum majority in the Senate over the weekend following the re-election of Sen. Catherine Cortez Masto in Nevada. Democrats could also win another Senate seat in a run-off in Georgia early next month.

Biden nominated Sohn to the FCC eight months into his presidency. However, despite two rounds of Senate hearings, her nomination was never approved by the Democratically controlled Senate due to opposition from most Republicans and some Democrats.

A Democratic FCC majority could move forward in areas such as digital discrimination, mergers and spectrum policy, according to the New Street analysts.

"The current FCC proceeding on the digital discrimination issue will gain greater importance, as a Democratic majority will be more likely to highlight ISP actions with disparate impacts, even if the FCC's ability to mandate different ISP behavior is, in our view, limited," they wrote. "On merger reviews, conditions are likely to be somewhat tougher, though we don't think it will affect the ultimate decision to approve or reject a merger, as those tend to be made with the antitrust authority."

The analysts also speculated that Democratic control over the FCC would likely result in a national spectrum policy favoring shared and unlicensed spectrum. That would undoubtedly represent a blow to big 5G operators like T-Mobile and Verizon that loudly prefer licensed spectrum over unlicensed options.

Adding further emphasis to the spectrum issue, top officials in the Biden administration are working on a unified and cohesive national spectrum strategy. The plan could be released within the next few months.