Founded in 1865, the International Telecommunication Union (ITU) is the United Nations' agency for information and communication technologies (ICTs). Its job is to help organize the world's communications networks, specifically focusing on allocating radio spectrum, managing satellite orbits and developing technical standards for connectivity.

But those altruistic objectives are being clouded by geopolitical upheavals, with Russia's invasion of Ukraine providing a flashpoint.

Specifically, the agency's membership will select the ITU's next secretary general in the fall. One candidate is an American, while another is Russian. The ITU's current chief hails from China.

A number of leading regulators in the US have already begun arguing that the American candidate for the position  Doreen Bogdan-Martin  is the right one.

In Congressional testimony this week, FCC Chairwoman Jessica Rosenworcel said: "I also have traveled and held meetings with my international counterparts to support the United States candidate for the Secretary General of the International Telecommunication Union, Doreen Bogdan-Martin, who I believe is the right person to lead this organization at this time." Rosenworcel made these comments during a broader discussion of cybersecurity amid the Russia-Ukraine conflict. 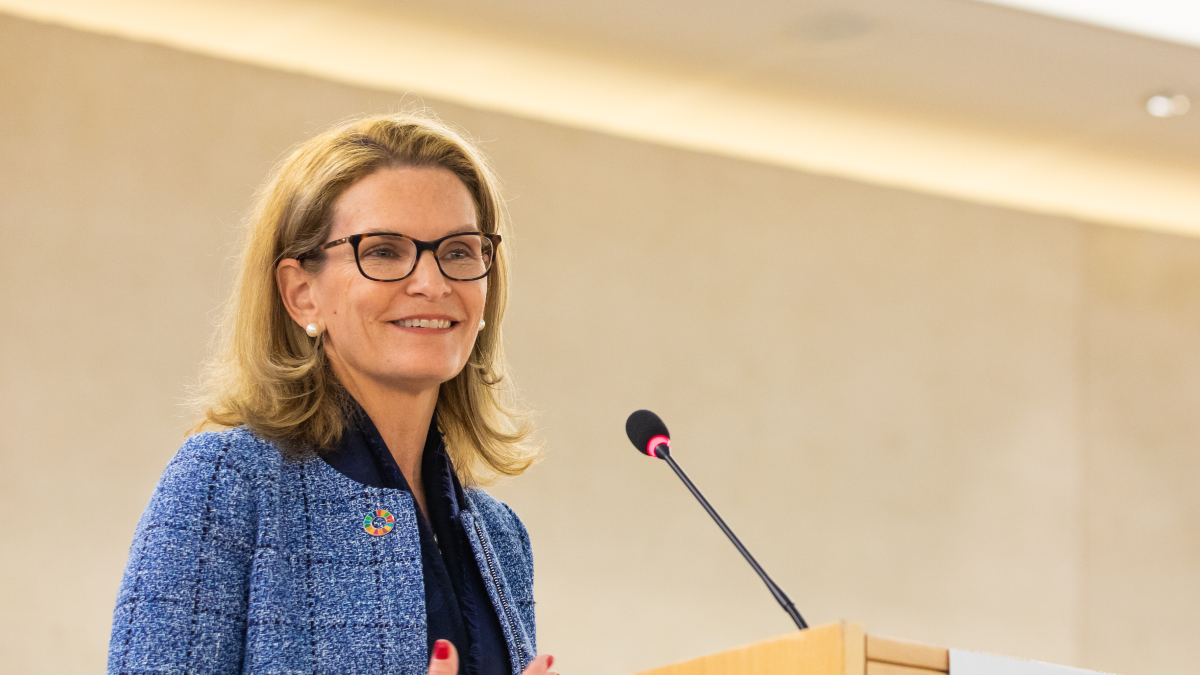 Doreen Bogdan-Martin is a candidate to become the ITU's next secretary general.
(Source: ITU)

Other US regulators have made similar points. "I do have concerns about efforts by the Chinese government (and other authoritarian governments) to influence the ITU and other international bodies to make global communications networks more subject to top-down censorship and control, and to push for their centrally-designed standards over internationally-developed standards," argued Alan Davidson, the new director of the NTIA, in recent responses to Congressional questioning on China and cybersecurity, conducted prior to Russia's invasion of Ukraine. "These approaches can stifle competition and interfere with commerce and innovation."

He added: "I will make it a priority for the United States to reassert itself as a global leader in these international fora, in order to promote the open and industry-driven innovation that has been the hallmark of the online ecosystem. My immediate priority within the ITU context would be the election of Doreen Bogdan-Martin as secretary general of the ITU."

The US State Department has published an extensive argument in support of Bogdan-Martin's nomination. "Responsible, forward-looking, inclusive and transparent leadership of the ITU is vital to the US telecommunications interests, as well as US defense, intelligence, economic, development and aeronautics priorities," the agency wrote.

Bogdan-Martin has worked at the ITU for almost two decades. For the past three years, she has served as the director of its Telecommunication Development Bureau. In some of her writings on the ITU's website, she has argued for a focus on women's issues and the digital divide.

"Everyone  regardless of geographical location, income level, or any other factor  must be able to tap into digital technologies," she said at last year's MWC trade show in Barcelona, Spain. "But getting there will take all of us working hand in hand."

It's worth noting that Rashid Ismailov, the Russian candidate for the ITU's top job, commands a similar platform that focuses on the "Five steps to the humanization of ICTs."

According to Axios, during this fall's election of the next ITU secretary general, each of the association's 193 member countries will get a single, secret vote at a conference in Bucharest.

As the publication noted, the ITU has already taken a stand against Russia's invasion of Ukraine. "I echo the call of the UN secretary general and my UN counterparts for an immediate peaceful resolution," the ITU's current chief, Houlin Zhao, said in a March 21 speech. "I'm also concerned by the mounting damage being caused to the telecommunication infrastructure. It's a vital lifeline for people and economies everywhere. Let us promote ICTs for peace!"

However, according to Axios, it is unclear whether Russia's invasion of Ukraine could hurt the country's ITU candidate.