How Western sanctions will hurt Russian telecom and tech

Russia and Europe are learning the hard way about relying too heavily on a few critical suppliers in a globalized economy. For countries like Germany, it is the Siberian gas that heats homes in winter, fuel Russia is suddenly threatening to restrict. For Russia, it includes the network and technology equipment that only a few non-Russian companies can provide.

The "pause" in Russian deliveries announced by Ericsson and Nokia  days after Russian leader Vladimir Putin sent troops into Ukraine  means Russian operators have lost access to the only non-Chinese suppliers of all mobile network generations. Unless that pause improbably turns out to be short-lived, it could have major ramifications for MegaFon, MTS and VEON, the giants of Russian mobile. 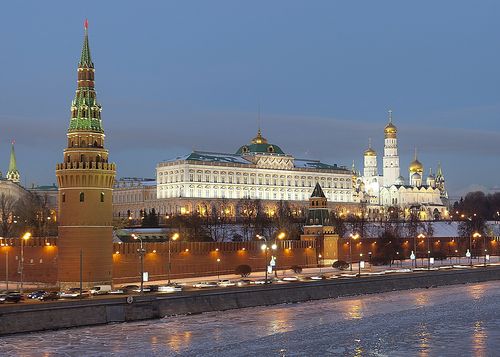 Today, the Nordic suppliers together account for between 40% and 60% of Russia's market for radio access network (RAN) equipment, according to data shared with Light Reading by Dell'Oro, a market research company. Based on the numbers, this means Russian operators spend between $240 million and $420 million each year on RAN products supplied by Ericsson and Nokia. To provide some context, MTS, Russia's biggest operator, spent $710 million there in 2020 on network development, including fixed as well as mobile.

The loss of Russian business will have only a minor impact on Ericsson and Nokia, with Dell'Oro estimating Russia accounts for between 1.5% and 2% of global RAN spending. Given its small share, the market research company sees little reason at this stage to update its global RAN forecast.

But Russia's operators will not be able to source equipment from anywhere except Huawei and ZTE, Chinese companies that have not announced any sanctions. If MTS needs to replace a radio unit supplied by Ericsson, it will have to buy a new one from a Chinese vendor. The baseband equipment at the site would also have to be swapped out  Ericsson products would probably not interoperate with a Huawei or ZTE radio.

This could all become expensive during future upgrades. Inevitably, though, it will mean phasing out the Nordic suppliers and becoming wholly dependent on their Chinese rivals if the sanctions last for years. New vendors are entering the market  sporting "open RAN" interfaces that allow one supplier's radios to be used with another's baseband  but they are mainly American and Japanese. Unless circumstances change, they are unlikely to supply Russia.

Operators internationally have balked at single-supplier deals, worried about the potential consequences if that vendor encounters problems. These were amply illustrated in 2018, when US sanctions on ZTE caused massive disruption for Wind Tre, an Italian operator then buying all its equipment from the Chinese company.

This possibly rules out ZTE as a viable alternative to Ericsson and Nokia. Because it was so dependent on US-made components, ZTE was forced to cease operations while on the US trade blacklist and nearly went out of business. Even if it now includes more Chinese components in its products, it is unlikely to have weaned itself entirely off US technology. Selling to Russian operators, in breach of US sanctions, could land it in trouble once again.

But Huawei is not ideal, either. Although more self-reliant than ZTE, it has also been hurt by US moves, losing access to foundries in Taiwan and South Korea that manufacture state-of-the-art chips. Huawei's smartphone sales have plummeted partly because it can no longer use those components.

While the networks business is more resilient, that is largely because of stockpiles and much longer replacement cycles. Experts have told Light Reading that the most advanced 5G basestation equipment also needs sub-10-nanometer chips (a nanometer is a billionth of a meter) to perform at the highest level. China's own foundries lack the ability to produce these chips, and they are unlikely to have it for many years.

European and US sanctions will hurt Russian cloud service providers, too. AMD and Intel are among various US chipmakers that have halted deliveries to comply with US government rules. "The leading cloud service providers like Yandex, Mail.ru and DC operators like DataLine, Rostelecom etc. will have to curtail their expansion plans or look for alternative technology suppliers," said Manoj Sukumaran, a principal analyst for data center IT with Omdia (a Light Reading sister company). "It could be an opportunity for Chinese vendors."

Interestingly, Huawei has already set up Russia's first data center based on architecture from Arm, a UK-based company whose designs feature in most smartphones. "Huawei could make more inroads into the Russian market leveraging this opportunity," said Sukumaran.

An alternative, he points out, would be homegrown central processing units (CPUs). Under one Russian initiative, several companies are working to develop CPUs based on RISC-V, an open source alternative to Intel's x86 architecture and Arm. They include Rostoc, a technology investment firm, server company Yadro and design house Syntacore.

Unfortunately, Russia remains wholly dependent on Taiwan's TSMC to produce these chips, says Sukumaran. "According to the latest update, TSMC is complying with the US sanctions on Russia that ban technology exports."

Another Russian program is being led by the Moscow Center of SPARC Technologies. Its Elbrus CPUs are compatible with x86 software, notes Sukumaran, and used by Russia for defense and other mission-critical projects. But it also remains dependent on TSMC's foundries. A redesign for Chinese fabs such as SMIC or UMC might be necessary, reckons the Omdia analyst.