The entire global supply chain that has developed in the era of telecom deregulation suddenly looks as brittle as a rusty link. The emergence of a "balkanized" industry, where companies buy and make regionally, seems no longer merely a scare story told by free-market economists, or the pipe dream of protectionists.

This is a narrative that started with the election of Donald Trump to the White House. Trump has won over millions of supporters with his promise to return jobs to parts of the US impoverished, he claims, by the cheating Chinese and other bad actors. Since then, Trump has threatened tariffs on Chinese imports worth billions of dollars and slapped trade restrictions on Huawei, a Chinese equipment giant that is now the world's biggest supplier to communications service providers globally.

Even if those restrictions are eventually eased, the original move may be a crossing-the-Rubicon moment for the telecom industry. By demonstrating the power of the US to cripple one of China's biggest companies, it has persuaded Huawei of the need to be self-reliant. Where Huawei has been heavily dependent on US expertise, it is now developing alternative sources of supply, including in-house components. The net effect will be the rise of a more independent, Chinese Huawei and a loss of business for suppliers with US connections. 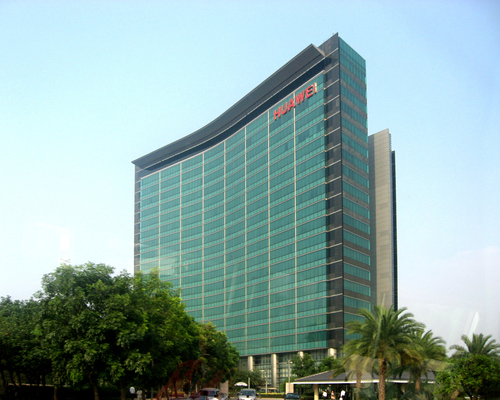 But just as Huawei is shut off from the US, so Western equipment makers could be squeezed out of China. Retaliation by Chinese authorities to US sanctions is always a possibility. In the meantime, US authorities have reportedly leaned on firms such as Ericsson and Nokia to use non-Chinese facilities when making equipment for the US market. Concern that Chinese spies could insert "backdoors" into components assembled in China may be partly responsible.

Both Nordic firms insist they already have global facilities to mitigate supply chain risks. The implication is that production may shift in today's more uncertain market environment. Ericsson, moreover, has already taken steps in the Trump era to beef up its US presence. And similar moves are happening in Europe.

Gabriel Solomon, Ericsson's head of European government affairs, denies the recently announced plan to open a US "smart factory" is a knee-jerk response to US government pressure. "We wouldn't make a snap decision like that," he told Light Reading during a recent interview. "We've had a long-term strategic plan with the supply chain to be as close to our main customers as possible."

But if the timing is coincidental, recent technology developments could make this "de-globalization" strategy more feasible. Thanks to automation, the US smart factory will initially require just 100 employees. It will also replace Jabil, a US manufacturing partner, Ericsson has confirmed. As a source of low-cost labor, China and other Asian markets have held an economic attraction over Western countries. Automation is negating that advantage just as the need to mitigate supply chain risks becomes more urgent.

Of course, this means jobs will not come to America, even if production does. And Ericsson's workforce has already shrunk more rapidly in North America than North East Asia during Trump's presidency. In March 2016, the year of his election, the Swedish company listed 14,081 employees in North America. By March this year, the figure was down to 9,246. Employee numbers in North East Asia have dipped from 13,623 to 13,169 over the same period. Today, it accounts for about 14% of all Ericsson jobs, up from 12% in March 2016, while North America's share has declined from 12% to roughly 10% between these dates.

Protectionism could now decimate jobs at Futurewei Technologies, a Huawei US subsidiary with 850 workers. According to a report in yesterday's Wall Street Journal, the Chinese vendor plans to lay off hundreds of Futurewei employees because of disruption to business activities caused by Trump's anti-Huawei measures.

Arms race
Whatever the ulterior motive for erecting trade barriers, balkanization may leave everybody worse off. It could hurl the US into a more damaging technological arms race with China, as the two countries try to expand their spheres of geopolitical influence. In this charged environment, and with the proliferation of connected devices, networks seem unlikely to become more secure. Indeed, the bifurcation of global standards would scatter expertise and make security a thornier challenge than it already is. Innovation could similarly suffer. Even with automation, costs would rise as competition takes a hit and companies lose access to international economies of scale.

None of that is inevitable. What might save the global supply chain is the wider industry's resistance to fragmentation and its enthusiasm for the system that has taken shape. "The hope is that sense prevails because we all benefit from sharing expertise developed globally and leveraging a global standard," says Solomon. "That has a massive impact on economies of scale and brings down prices for consumers at the end of the day." Victor Zhang, the head of global government affairs for Huawei, concurs. "The 3GPP and others are working very smoothly to develop a 5G standard," he told Light Reading during a recent interview. "It is not just a single country that can make that."

A complete reset may be impossible. It would require the US to pull back from the brink and make significant concessions when the most hawkish politicians want to charge ahead. But if Huawei values and respects the global system as much as it insists, then it must also do more to prove this. A deficit of trust has built up over years as the Chinese firm has been accused of intellectual property theft, unfair business practices and a disregard for trade rules. If it has nothing to hide, then opening itself up to the same international scrutiny that Western rivals face would silence a few critics. And that does not mean trotting out Ren Zhengfei, its founder, for yet another interview with US media.

These are dark days for the telecom industry as launches its first 5G services. Without a concerted effort, they could become a lot darker.

marry009 8/5/2019 | 4:03:49 AM
Re: romy This post is really informative I also faced this situation when I tried to change wifi password then it shows an error windows defender error 577, so I want a solution on how to remove this error.
Reply | Post Message | MESSAGES LIST | START A BOARD

What exactly do you have in mind?

cojewazo 7/16/2019 | 9:39:57 AM
romy I essentially started three weeks past and that i makes $385 benefit $135 to $a hundred and fifty consistently simply by working at the internet from domestic. I made ina long term! "a great deal obliged to you for giving American explicit this remarkable opportunity to earn more money from domestic. This in addition coins has adjusted my lifestyles in such quite a few manners by which, supply you!". go to this website online domestic media tech tab for extra element thank you .
Click Here>>> 𝐰𝐰𝐰.𝐆𝐞𝐨𝐒𝐚𝐥𝐚𝐫𝐲.𝐜𝐨𝐦
Reply | Post Message | MESSAGES LIST | START A BOARD
EDUCATIONAL RESOURCES
sponsor supplied content
MONETIZE THE ENTERPRISE-6 WAYS TO CAPTURE THE B2B OPPORTUNITY
THE 3 KEY DIGITAL MEDIATION CHALLENGES - AND HOW TO SOLVE THEM
APAC CSP BOOSTS EFFICIENCY OF ENTERPRISE OPERATIONS WITH CSG
Webinar: Virtualized RAN: 4G/5G Strategies, Opportunities and Pitfalls
How To Build and Operate At The Edge for CSPs
Empowering industries at the network edge (a Mobile Europe supplement)
Heavy Reading: 5G edge cloud infrastructure and security
Security in Open RAN
Educational Resources Archive
More Blogs from Morris Lore
Europe's telcos won't spend 300B, whatever ETNO says