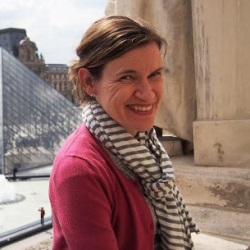 There was one brief shining moment when ETSI's first network functions virtualization white paper was issued when network operators thought they would be able to abandon the massive purpose-built OSSs that had been dragging them down for years. This was in exchange for a shiny new virtualized stack with its own MANO software.

Sadly, that OSS Camelot faded quickly and was replaced by the vision of a hybrid virtual and physical network that unfortunately comes with its own set of challenges.

"Reality started to sink in for service providers," says James Crawshaw, senior analyst of OSS/BSS Transformation at Heavy Reading, referring to the dream of a fully virtualized OSS stack with its own MANO software. "They said, 'Hang on. Some things I might want to introduce using virtualized infrastructure, but other parts of my network, whether it's the core routers or DSLAMs or optical networking infrastructure, I'm not going to virtualize.' "

As much as operators would like to switch off their traditional OSS, they aren't going to because "it's a hassle and there are too many systems," he tells Light Reading. "The dream would be to switch everything off and switch it over to having one software system running everything and the entire company could be managed by one monkey. But sadly, that's not the reality."

Want to know more about managing and orchestrating virtualized networks? Join us in London for Light Reading's OSS/BSS in the Era of NFV & SDN on November 3.

Sans the one monkey dream, operators are now looking at a way to coordinate between existing OSS systems and new MANO systems for the virtualized infrastructure while vendors are trying to position themselves as an overarching orchestration layer sitting on top the MANO and the traditional OSS.

"It remains to be seen as to exactly how the problem is solved," Crawshaw says. "Clearly the telecom operators don't want more complexity in their networks. They don't really want another software layer but it may be that pragmatism takes over and you get some sort of service orchestration layer." What they do want from a virtualized network has been well documented. They want a network that is dynamic and constantly changing -- but the challenge is making that network happen in a cost-effective and efficient way -- and this is the topic of Light Reading's OSS in the Era of SDN & NFV event in London on November 2 where Crawshaw will present his latest research on the industry progress toward a next-gen OSS.

"They don't want some sort of static network where you know where all the boxes are and how many ports they've got," comments Crawshaw. "They want a network that is changing based on demand -- new virtual servers are spun up as demand increases and then switched off when demand subsides. That means that the OSS inventory systems needs to be updated on a much more frequent basis."

In addition to making sure their inventory systems are updated more frequently, another operator pain point is service assurance. "How do you ensure the service you are delivering is meeting the quality that the customer expects? How do you pinpoint problems?" said Crawshaw. "The challenge there is [to] deliver a mixture of physical and virtual infrastructure and pinpoint the source of the fault. It becomes challenging. Is the OSS coordinating with the MANO or is it doing its own probing and detecting how the underlying hardware is working? It's an interesting space to be covering because people are still figuring this stuff out."

"Part of the excitement about NFV and the approach that ETSI took with NFV was it said, 'We don't want to slow this process down. We want to promote open source. The ETSI NFV working group will only have a finite life and we want other groups to take over,' " said Crawshaw. "I think the pace that we are seeing is a result of that."

patricknmoore 10/8/2016 | 11:08:55 AM
NFV and OSS: A New World Is Needed For those of us that have been in the industry, specifically dealing with OSS, for a long time (too long, I think sometimes :-) ) it is obvious that legacy OSS is not going to cut it. When you consider the struggles of SPs to accurately maintain something as simple as their network inventory in a laregly static network one can imagine how inaccurate things are likely to get in a more dynamic networking world...unless new tools are brought to bear.

Much of the legacy network is going to still be there, still experiencing the issues it always has, and will need to be managed alongside the NFV components. Instead of creating a new OSS silo, which really IS the legacy approach whether people want to admit it or not, why don't we introduce something that is capable of upgrading that legacy network to a programmable state, federates the legacy and NFV inventories, service models, and device models? Heck, if companies aren't already developing model based approaches to those last two things that is a good start, because you are going to HAVE to approach NFV that way.

It isnt an overnight fix, but there is a way to transition from the legacy OSS way of doing things, introduce some programmable/SDN-like concepts to the legacy network, and not have to just dump and replace all of the legacy tools to do so. My company (Itential) is working toward this with our platform. We truy believe that it is unrealistic to expect that legacy OSS is going away. It is also unrealistic to think it is capable of managing NFV-based services and networks. It is unrealistic to think that physical/legacy networks are going away. It is NOT unrealistic to think you can federate across the new NFV management tools and legacy OSS tools to create an operational layer that allows you to successfully manage the entire network (physical/virtual, legacy/NFV/SDN) all with a consolitdate ecosystem of OSS tools.

The real secret sauce in NFV success is not really found in controllers, VNF Managers, NFV Orcheestrators, etc. The secret sauce is operationalizing all of those things, with legacy OSS, to bring automation to bear on the network. NFV brings the capability to automate more than ever, and if its promise is to be met this automation MUST be put in place.

A network capable of changing every second/minute/hour/day can't rely on people making all of those changes. It requires a level of network intelligence legacy OSS alone can't provide. This means new tools, new ways of managing the network, new big data concepts being introduced to the network management toolbox, and micro-application based OSS that allows the traditionally "planted in cement" OSS systems to be as nimble as the network will be.
Reply | Post Message | MESSAGES LIST | START A BOARD

Virtual_Robert 10/6/2016 | 10:38:57 AM
Still a Chasm Pretty much all current NFV/SDN reference architectures seem to have a placeholder box for OSS/BSS somewhere on their north edge, even though at the same time the promise is of wonderfully fluid/dynamic/adaptive networks that suggest you won't need OSS/BSS. There's clearly a re-calibration of some sort yet to come.

In the widest sense, virtualization offers radically new possibiliies for how services are created, turned up, billed and assured - but the tenets of today's OSS/BSS may not be the right foundations. So: tighten your seat belt - it's going to be an interesting ride!