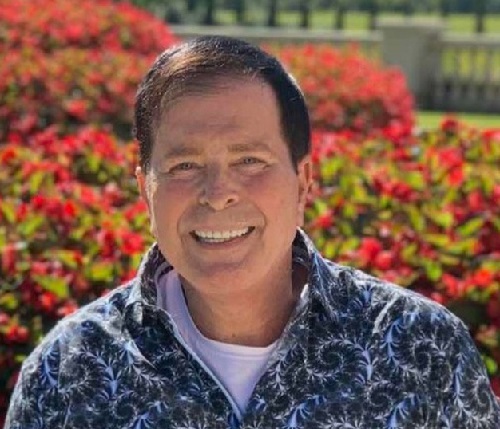 In 1992, TAT-10 became the first transatlantic fiber optic cable whose capacity was measured in bits per second, as opposed to telephone call capacity. That number was 1,130 Mb/s for the entire cable.

Today the MAREA transatlantic cable has a potential capacity of 224 Tb/s  a 200,000 times increase in 30 years. Like Moore's Law, this Neptune's Law of capacity scaling has required a monumental investment in multiple communications technologies. It is a techno-economic law driven by powerful market forces and insatiable demand. Specifically, the capacity of submarine cable systems is directly limited by our ability to power the repeater chain that boost the optical signal along the entire length of the cable. So to ensure that Neptune's Law has a future as well as a past, we need to drive innovation in future cable designs. Let's start with the history.

The history of Neptune's Law

I have examined the capacity increases and corresponding decrease in cost per bit for Submarine systems over the past 30 years on behalf of the Suboptic Innovation Working Group. I have dubbed the corresponding remarkable exponential trends (five to six orders of magnitude!) in capacity and cost per bit "Neptune's Law" (after the Roman god of the sea). Like Moore's Law, this is a techno-economic law, with the emphasis on economic. Market forces in capacity demand and tremendous decreases in cost per bit are necessary to drive the huge investments to keep this curve going. 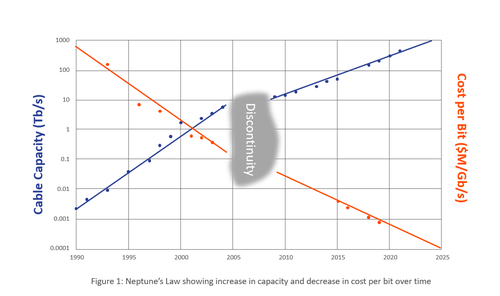 Figure 1 shows the increases in capacity (in blue) and decrease in cost per bit (in orange) over time. Note that this is Trans-Atlantic submarine data as this is much easier to obtain and compare.

The discontinuity in the early 2000s has two root causes. First, a technology challenge of maintaining the pace of technological innovation brought by the EDFA and DWDM in submarine cables. Second is an economic challenge  the submarine "nuclear winter" caused by the Dotcom bubble burst of 2001. This triggered the demise of many bubble-inspired submarine systems, and a reduced R&D in Submarine systems. 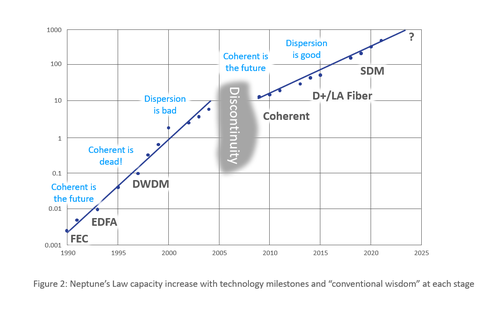 Figure 2 shows the capacity increases and corresponding innovations that drove them. It is also amusing to note the 180 degree turns in conventional wisdom noted in pale blue. Coherent transmission was in favor in the early 90s as a low noise amplification technology for single wavelength transmission. It was later driven out of favor with the invention of the EDFA and DWDM. Today, and for the past ten years, it has been very much in favor as a mechanism to enable advanced digital signal processing that helps unlock huge capacity gains.

The future of Neptune's Law

The latest 5th generation transponders are pushing fiber capacity ever closer to the limit first proposed by my nemesis, Claude Shannon, one of the original architects of Information Theory in the 1940s when he worked with wireless and copper transmission media. When we apply his equations to submarine cables we need to add in the constraint that optical fiber is a nonlinear medium, so if we use too much optical power we actually degrade achievable capacity. What we need to keep scaling is more useable bandwidth in the fiber  or to enable a way to deploy more fibers in a cable.

In the past, submarine cables were designed to support the maximum capacity per fiber pair. Upgrading transponders during the life of the cable allows us to increase capacity, and modern cables like MAREA are designed with very high performance repeater chains that can allow those transponders to work at their peak performance. Running repeaters in that mode requires a lot of electrical power and there's only one place that this power can enter the cable and that's at the ends  although perhaps that's two places! To drive that power over thousands of kilometers of cable, modern power feeds operate at extremely high voltages  up to plus 15,000 volts at one end and minus 15,000 volts at the other. In the case of the MAREA cable this allows us to power eight fiber pairs with very close repeater spacing of 56 km.

An alternative approach is to increase capacity over the cable as a whole, as in the Dunant transatlantic cable. This is the first example of a Space Division Multiplexing (SDM) cable, in which repeater power is dialed back a little, and some clever engineering allows repeater pumps to be shared between multiple fiber pairs to reduce power consumption while retaining resilience. Future designs may switch from copper conducting layers to aluminum, which would make it more cost effective to use a thicker conductor that could deliver more total power to the repeaters.

In fact there is an outline technology roadmap that could deliver a petabit scale transatlantic cable within the next few years  which would be a factor of four increase over today's highest performing cables.

Beyond this we may need to dust off our crystal balls as we consider the use of multicore fibers, or even a fiber such as ZBLAN  an exotic fluoride glass mixture that has to be manufactured in zero gravity. Clearly that would suggest a high price tag for ZBLAN fiber, but submarine bandwidth does command a premium so perhaps it could be an option.