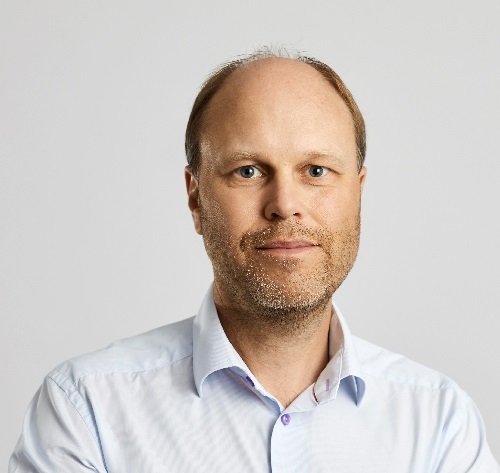 For many years, the telecom industry has been touting solutions that promote the new "Internet of the Future." While no one could have predicted a global pandemic and its impact on the telecom market, a small handful of operators were already quietly building and planning their network for the future. For the remaining service providers, it took the pandemic, and unprecedented surges in peak traffic, to question the fundamental structure of the network and how it's built.

From a bandwidth demand perspective, we saw a full year's growth within the first three weeks of the pandemic, and a similar pattern in the fall last year, and it's not slowing down.

This year has seen an inequitable return to normal, with some employees returning to the office while others are still working remotely. While we have always seen bandwidth utilization ping-pong, where traffic is higher in the evenings than mornings, during the pandemic, the peak time started at 9:00 AM with people working from home.

Historically, service providers were accustomed to looking at a steady growth pattern in demand, characterized by predictable behavior and marked by seasonal peaks and valleys. What we saw with network traffic during the pandemic was only a preview of the volumes of traffic expected to come. Regardless of how fast that growth will be, network architecture needs careful planning and continuous care. Even more important, there are still billions of people without reliable access to the Internet. The digital divide continues to grow where many are without access to vital information, learning and opportunities, and closing this divide will only increase the amount of traffic on the network.

Building the network for the next unexpected event

We have learned that conventional architectures built on yesterday's truths, legacy technology and layers of accumulated complexity will eventually fall short in helping us to keep up with demand.

The need to transform how we build networks to make them more scalable, modular and available is critical. Getting there requires that service providers build more scalable, cost-effective networks that are ready for unpredictable demand. This transition requires a tremendous amount of discipline and long-term conviction.

Historically, building and operating a multi-layer architecture has been a challenge, especially for wholesale operators. To keep up requires a transition to more open optical and packet networking, de-emphasizing custom vendor hardware in favor of open line systems, and Broadcom silicon-based switches. Thanks to game-changing innovations with new silicon, routing systems and standardized 400G coherent pluggable optics, there has been significant industry progress and network field trials on this front. Organizations are now able to allow complex layers to converge into a simpler and more scalable architecture with evolving cost structures and efficiencies.

The role of open optics

Open optical networking is one pillar of this transition and deploying technologies such as 400ZR pluggables, leads to greater network expansion. Adding pluggable 400G optics directly into mass-scale routing platforms enables operators to converge historically complex infrastructure into a simple, single-layered architecture. The benefits will be networks that are easier to maintain, faster to adapt and cheaper to operate  communication service providers are already aggressively transitioning existing metro and long-haul networks.

We are starting to see operators, including ourselves, validating vendors, including Acacia's and other 400G-ZR and 400G-ZR+ solutions, across other multiple switch-router vendors and on top of an open, third-party optical line system. The imminent deployment of the first batch of 400G-ZR is taking place now.

IP over DWDM (IPoDWDM) has been around for over a decade, placing coherent pluggable optics directly into routers. The value propositions of collapsing an entire layer includes eliminating back-to-back gray optics, lower power consumption and unification of monitoring, control planes and management. However, while architecturally this makes sense it never took off  outside of a few niche deployment scenarios  because of the lack of standards between IP and optical during the early days. It was also far too costly.

The disaggregation of optical networks with a uniform approach to deploying alien wavelengths over open optical line-systems mitigates many of the traditional challenges in operations, vendor competition, culture, process and technology.

Historically, deploying IPoDWDM incurred not only a huge density penalty on switch-router blades because the application was revolving around the CFP2 form-factor and there was a need for a dedicated single-purpose cage/line card. Through standardization work by the OIF and other MSAs, the introduction of 400G-ZR(+) that can be realized using industry-standard QSFP-DD modules changed these limitations. This enabled true mix-and-matching of all client applications on the same switch-router building block. With this relative shift in spending toward transponders the result is a standards-based DWDM layer without bookending. By being pluggable and interoperable, just-in-time investments without front-heavy discrete transponder chassis/card costs are made possible. It also enables continuous and healthy per module granularity to vendor competition, thus making it the most powerful pay-as-you-grow schema ever seen in this space. In addition, these modules can subsequently be reused in any 400GE capable host, providing unparalleled investment protection.

For many network operators, these changes require breaking down the cultural, process, planning and organizational barriers that have kept the IP and optical domains apart and often lead to suboptimal decisions. With the emergence of disruptive technology innovations discussed in this post, there have never been stronger incentives to finally get it right.

Whirlwind tour: How 800G is already benefiting network providers around the world
Video - Wavelogic 5 Nano: Addressing the broadest range of networkingapplications from coherent pluggables
What you need to know to start your IP/Optical convergence journey
Level up IP/Optical network operations with intelligent network control
Video - In the lab encryption: Waveserver 5 safeguards sensitive data with 800G optical layer encryption
More Blogs from Guest Perspectives
AT&T fiber: On track to cover more than 30M locations by the end of 2025

Edge computing is certainly one of the hottest topics within the telecoms industry today. Although, exactly what "the edge" is and how long the transition to "edge-based networks" will take is an equally hotly debated topic.