DriveNets, a unicorn, finds more funding among the network clouds

For months, DriveNets has turned heads as more carriers have learned of its cloud-like approach to growing their networks. Now the Israel-based software company has to raise itself to a new level of expansion just to keep up with demand.

The company announced today it has raised $208 million in a Series B funding round. The company's Series A round raised $117 million from investors led by Bessemer Venture Partners and Israel's Pitango Growth back in 2019.

The latest funding round was led by new investor D1 Capital Partners, a hedge fund, with follow-ons from its existing investors and new participation from Atreides Management. With the new funds, DriveNets joins the 700 "unicorns" that Crunchbase lists as having more than a $1 billion valuation.

DriveNets CEO Ido Susan told Light Reading on Tuesday that the company is "engaging with" 36 customers, most of whom are Tier 1 service providers, as well as a few cloud and content providers. The company has "more than 20 proofs of concept [PoCs]" running in various places around the world. DriveNets has more than 400 employees now and will hire more as needed to provide the sales and support needed to meet the demand it sees in the market, Susan said.

The company is competing with the traditional router and switch vendors by offering cloud-native software that can be deployed like building blocks in the network, and managed as a single, shared resource. DriveNets sees itself as doing to carrier routing and switching what VMware did to data center storage and computing  changing the rules for how networking resources are managed, consumed and purchased and unseating some industry giants along the way. (And, of course, VMware is now owned by Dell, which makes servers.) 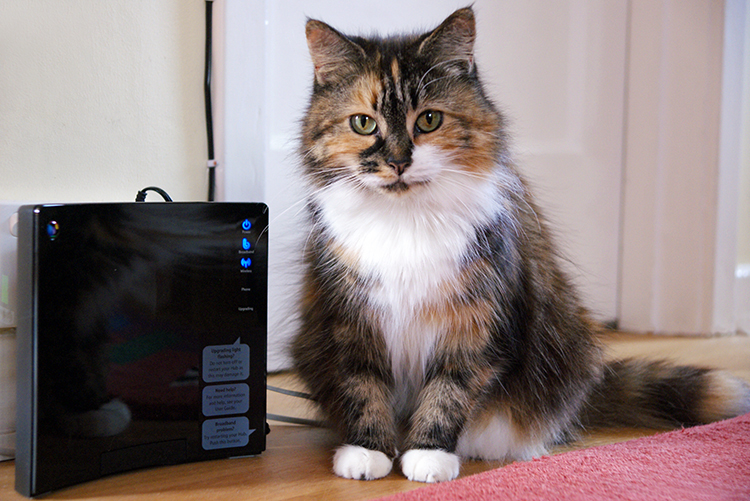 "Cally and the router (Explored)" by hehaden is licensed with CC BY-NC 2.0.

Last year, DriveNets customer AT&T noted that it was able to create building blocks that can be deployed in various configurations to build routers with capacity anywhere between 4 Tbit/s (using a single white box) and 768 Tbit/s (using a cluster of 192 boxes). The benefit for carriers like AT&T is that it dramatically simplifies how they can add network capacity and gives them a way to keep costs under control as 5G, video streaming and other applications take hold.

Susan said that the traditional approach to routing and switching was not to provide the best utilization of the network's resources  "they want you to buy more and more and more boxes," he said. For each part of a carrier's business that requires a different kind of capacity or service-level agreement (SLA), it would need a different router, he said. With DriveNets, the separation between security levels and service levels can be virtual and done in containers  and every investment in network capacity can at once be used by all customers because it's a shared resource.

With its DriveNets Network Cloud, Susan said the same building blocks can be used to run an access router and a core router, making it simpler to manage than a network with dozens of different router types, each with its own parts and maintenance schedules.

Traditional router vendors, of course, know this and have been making strategic moves to give service providers and cloud providers the technology they want, in whatever package suits them. A while ago, Cisco announced its SiliconOne strategy and it is in the process of completing its acquisition of Acacia, so it can sell the software, silicon and routers à la carte. Juniper's recently announced plan to purchase Apstra aims to put it at the center of intent-based networking, a move that would hand the job of managing a disparate network of service provider routers, switches and white boxes to a company that got its start building big routers.

"I don't think they have any choice because the train left the station," Susan said. "Now they need to run very fast in order not to miss it."