Cisco today officially kicked off its Cisco Live customer event, in part, by touting the optical, silicon and software technology enhancements across its infrastructure products. The networking giant's mission is to build the "Internet of the Future," helping its public cloud and service provider customers "converge multiple networks into a common, cost-efficient and secure infrastructure with enormous scale."

This push to simplify and scale networks is years in the making but has taken on a heightened sense of purpose since the beginning of the pandemic. In the last several years, Cisco has been steadily changing how it creates, delivers and packages its own technology, all the while making strategic acquisitions to give it more control over the networking ecosystem.

Cisco's moves in the last decade have followed massive disruptions in the broader networking world, not to mention the lumps it has taken due to the pandemic spending slowdown last year. Open networking and leaps forward in software-defined networking have made Cisco more vulnerable to competitors. Each successive innovation lowers the cost of Internet infrastructure and reduces the vendor lock-in risk for carriers. In the last couple of years, some savvy disaggregated networking startups have emerged with carrier solutions that use white box hardware and world-class software to meet carrier needs.

The primary competitive response by Cisco came at the end of 2019 when it debuted its Silicon One network architecture, which combines switching and routing functions in a single chipset. This technology can be sold in line cards, standalone processors and network fabric elements.

Today's Cisco Live event will likely highlight some of the pipeline of products that the Silicon One platform helped unlock. In recent months, the company has announced a series of aggregation, core and peering routers ranging in capacity from 3.2 Tbit/s to 12.8 Tbit/s, as well as giant webscale data center switches that go all the way to 25.6 Tbit/s. Cisco has released this barrage of new tech  ten networking devices, addressing nine network roles  in just 15 months on its Silicon One architecture.

"Cisco Silicon One now provides the highest bandwidth routing and switching silicon in a unified family," wrote Cisco's Rakesh Chopra, a Cisco Fellow, in a blog post earlier this month revealing the souped-up speeds and feeds. 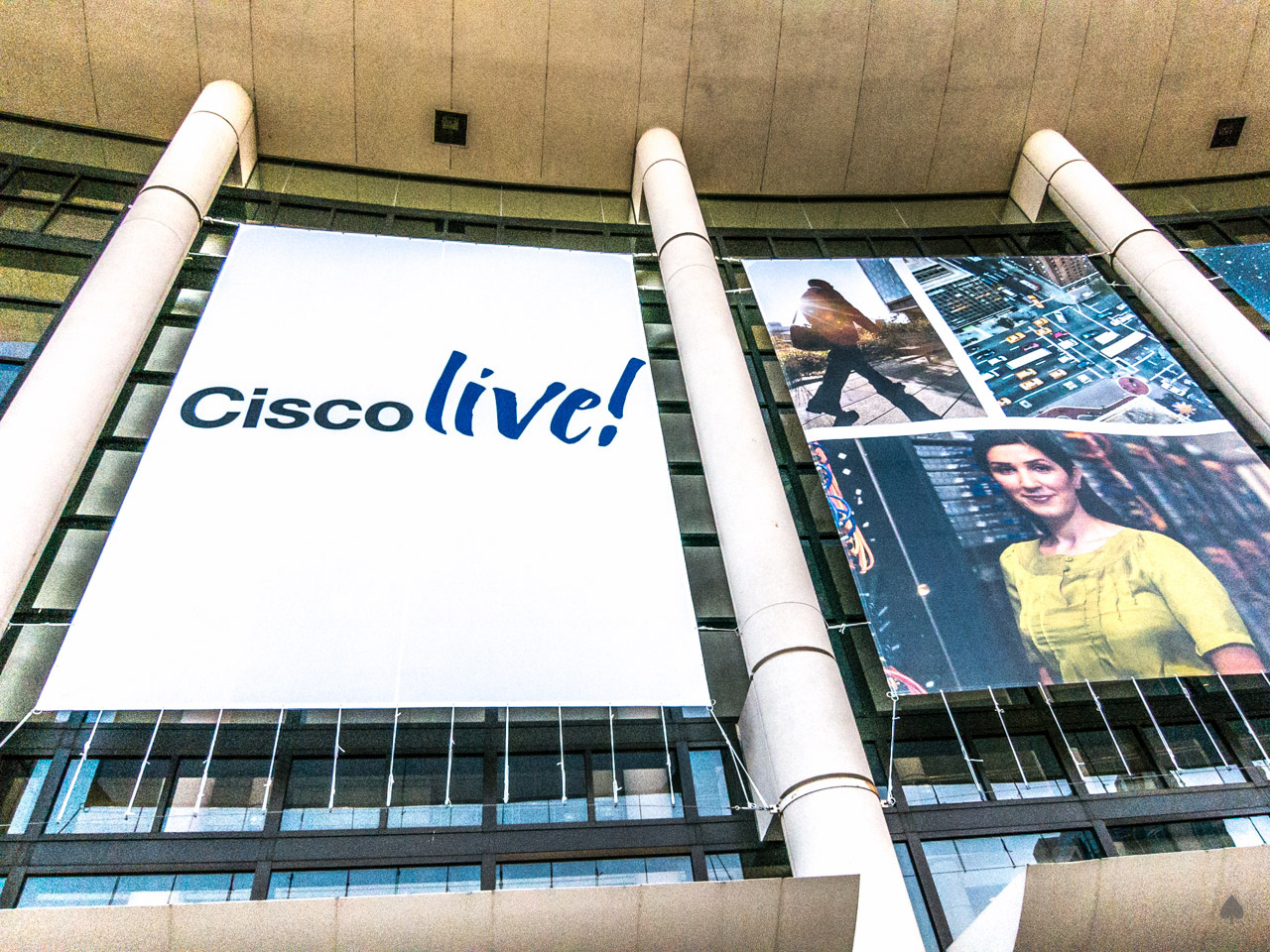 Building infrastructure with enormous scale requires more than just routers and, earlier this month, Cisco completed one of its most strategic optical networking acquisitions yet. In July 2019, Cisco first announced that it would acquire Acacia Communications, an early leader in making 400ZR pluggable optics. After some pushback and deal adjustments, the acquisition has closed and today Cisco is talking up its Routed Optical Networking solution, which includes Acacia's pluggables. The solution collapses two networks into one, removes a network element and adds capacity; Cisco said this approach would cut a customer's total cost of ownership by 46%. This savings comes, in part, because having pluggable optics in the router for some shorter distance applications  like interconnecting data centers and metro network hubs  will help network operators eliminate the need for a separate transponder.

With new silicon used in multiple ways and the ability to plug transponders directly into routers, the total-cost-of-ownership theme is taking center stage. Changing the economics of delivering bandwidth is, Cisco believes, what will both make service providers more profitable as they scale and make it possible to close the digital divide. Cisco's approach involves looking at the whole network journey all at once, not just solving for one cost point or metric.

"When you look at just one number you start to look at things in silos again and you miss the benefits of building things differently," said Jonathan Davidson, SVP and GM of Cisco's Mass-Scale Infrastructure Group. "Networks are a collection of entities and it's time to back away from thinking about things in a siloed perspective."

As Cisco weathers competitive hits, it has broadened its approach to networking, spreading out its influence to stay competitive. At this week's Cisco Live event, the company's executives will tout Cisco's recent changes and its ability to "meet customers wherever they are" – selling its software, hardware, optics and processors in whatever way customers want to consume them.

To back that up, Cisco said today it has "been working with" a wide variety of companies including Airtel, Altibox, Eolo, Facebook, Google Cloud, Rakuten Mobile, SFR, Swisscom, Telenor, Telia Carrier and Telstra. Those cloud players and carriers have purchased either software, hardware, silicon or all three from Cisco in recent months.

It's noteworthy, too, that cloud players are still big consumers of Cisco's stuff. The company has said that cloud players make up about one-quarter of Cisco's total sales to service providers. Google Cloud, in particular, is integrating with Cisco networking to make it easier for customers to move things back and forth to Google's cloud.

Cisco does indeed deserve credit for steadily becoming a more flexible, more modern networking company. But even before the pandemic, the catalysts for Cisco's evolution were hard at work changing how the world creates, stores and consumes content in the cloud.