Latency 'not a major deal' for satellite broadband – HughesNet CEO

The CEO of HughesNet joined execs at Viasat in downplaying the threat posed by Starlink, Elon Musk's emerging satellite broadband service that will rely on a constellation of thousands of low-Earth orbit (LEO) satellites.

In addition to delivering decent broadband speeds to consumers in rural, underserved areas, Starlink is trying to differentiate with low-latency performance that's critical for apps such as online gaming and videoconferencing. Latency has long been the Achilles Heel of geosynchronous (GEO)-based systems from HughesNet and Viasat that rely on satellites stationed some 20,000 miles above the Earth's surface. 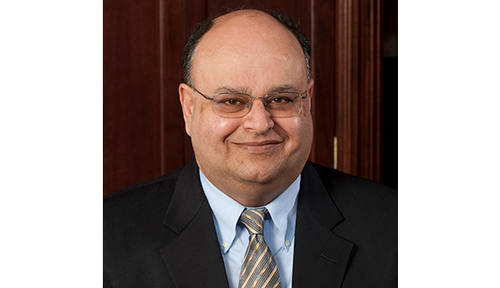 'The economics are not going to be a big advantage for [Starlink]. In fact, it's going to make our offerings much more attractive,' Kaul says.

"In all our markets, the requirement of latency is not a major deal, because if you look at the traffic that we are carrying on the Internet, 70% to 80% of it is video, which is really insensitive to latency, which is the biggest advantage that Starlink would have on our GEO offerings," Kaul said on EchoStar's Q3 earnings call earlier this month. HughesNet is a unit of EchoStar.

Starlink has not announced pricing and packaging for the commercial service it will launch, but the beta version of the service costs $99 per month, plus $500 for the equipment. HughesNet, Kaul points out, charges between zero and $100 upfront, along with a base price of $60 per month.

"So economically, we are significantly at an advantage over Starlink," he said, holding that GEO systems generally provide the lowest cost per bit and lowest cost per terminal. "The economics are not going to be a big advantage for them. In fact, it's going to make our offerings much more attractive."

But this doesn't mean HughesNet is completely opposed to using LEO systems. In fact, it has joined a consortium that is set to purchase OneWeb from bankruptcy. The expectation is that OneWeb won't focus on the direct-to-consumer broadband market but will instead pursue the mobility and enterprise markets.

HughesNet, which has invested $50 million toward that effort to acquire OneWeb, believes that GEO and LEO systems are "complementary," Kaul said. "[We] see numerous strategic synergies in the future for our business as complex hybrid networks become the norm in our industry."

Recent tests of the Starlink beta service showed it delivering an average of 79 Mbit/s downstream and 13.8 Mbit/s upstream. HughesNet's Gen5 service maxes at 25 Mbit/s down and 3 Mbit/s up, along with data plans that reduce speeds to 1 Mbit/s to 3 Mbit/s when customers exceed them. 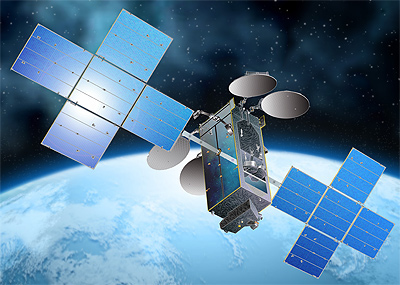 HughesNet intends to beef up raw capacity and market faster speeds with the coming launch of Jupiter 3, a GEO bird that will add another 500 to 550 Gbit/s of capacity in the region and enable the company to match up with Starlink and offer plans up to 100 Mbit/s.

"We never discount them, but I think in this case, for the markets we are in, I don't expect to see a significant impact on the size of the market or a competitive posture in that market," he said.

Jupiter 3 has been hit by delays partly caused by the pandemic. Based on the latest delivery schedule from Space Systems Loral, the builder of Jupiter 3, the launch is anticipated to occur no earlier than the first quarter of 2022, Kaul said.

"We're working very closely with the manufacturer to both understand and innovate ways to work around some of the delays and get the satellite as quick as possible," EchoStar President and CEO Michael Dugan said on the call.

Running at 'near full capacity'

The capacity coming from Jupiter 3 will be welcome not just from a competitive standpoint but for its ability to expand its sub base. Kaul noted that HughesNet's US network is now "operating near full capacity" as consumers continue to work and learn from home during the pandemic.

David Rayner, EchoStar's EVP and CFO, noted that HughesNet would be able to grow its US base much faster if it had that additional capacity in hand. "There's no question that the relative lack of capacity diminishes that opportunity," he said. "In the long term, I think the opportunity is there."

Even as capacity for its US footprint fills up, HughesNet managed to turn in a solid quarter, adding 38,000 satellite broadband subs in Q3 and expanding its base to 1.58 million.

The company has also filed an application to participate in the phase I bidding for the FCC's multi-billion-dollar Rural Digital Opportunity Fund. But HughesNet's role in that opportunity could be limited. Kaul acknowledged that the RDOF rules "provide a preference" to fiber and, to a lesser extent, fixed wireless.