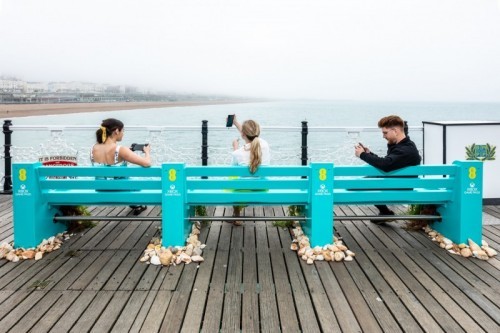 Not waving but gaming: EE customers on Brighton Pier forsake the watery vista for some heads-down action.