Having just announced a new board of directors and been given a threadbare lifeline by US authorities, embattled Chinese vendor ZTE has now appointed a new senior management team, with the vendor's head of telco cloud, Xu Ziyang, handed the CEO role, according to the South China Morning Post.

ZTE has been fighting for its survival since April, when it was banned from sourcing vital US components by the US Dept. of Commerce in after the Chinese vendor was found to have breached penalties imposed for sanctions violations. (See ZTE Ceases Business Operations After US Ban.)

As part of its efforts to appease US authorities, ZTE has replaced its board and appears to be revamping its senior management line-up. The South China Morning Post report is as yet unconfirmed, but identifies Xu Ziyang, currently president of ZTE's Telecom Cloud and Core Network product line, as chief executive. He was also previously CEO of the vendor's operations in Germany. 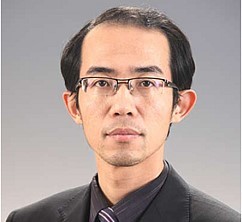 Li Ying, a vice president in ZTE finance department, is to take over as CFO, while Gu Junying, who was named as an executive director on the new board only days ago, is reported to be the new head of human resources.

In addition, according to the report, deputy CTO Wang Xiyu will become CTO, while wireless technology expert Xu Feng will head up the vendor's devices business.

Having gained more than 8% Wednesday, following news of the lifting of some trading restrictions by the US, ZTE's share price dipped nearly 1.3% in Thursday trading on the Hong Kong Stock Exchange.