The Telecom Infra Project (TIP) has named Santiago "Yago" Tenorio, Vodafone Group's head of network strategy and architecture, as its new chairman. He takes over from Axel Clauberg, who relinquished the post when he jumped from Deutsche Telekom to Amazon Web Services (AWS) at the start of this year.

Tenorio was already a board member at TIP and is a natural successor to Clauberg at the Facebook-backed organization that is promoting and helping to develop more open, non-proprietary telecom technologies and architectures.

Tenorio was also one of the star turns at the TIP Summit in Amsterdam last November when he announced that Vodafone was putting its entire European footprint, comprising around 150,000 mobile sites, up for a possible redesign based on open radio access network (RAN) technology.

That announcement, along with other open RAN developments at major network operators, has added credibility to the open RAN proposition, making it more likely that such alternative technology might be deployed in major mobile networks in the future. 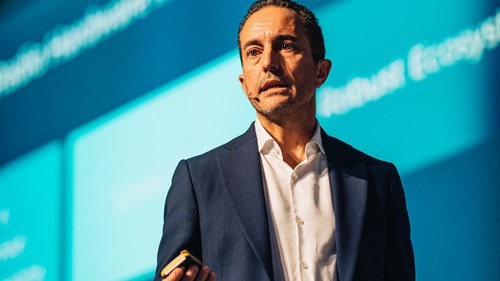 TIP, which was established in early 2016, isn't just focused on opening up the radio access network: It has project groups working on multiple aspects of transport network technology (open optical and packet networking, wireless backhaul) and core/services developments (edge computing and network slicing).

Tenorio continues in his role as Vodafone's head of network strategy and architecture, where he continues to look into the use of alternatives to mainstream network technologies.

For more on TIP, see: