Telia Carrier looked to the stars for inspiration in launching its new name, Arelion. Maja Sever, CMO for Arelion, formerly Telia Carrier, says the new name is a word the company created as a nod to reliability, quality, prestige and even constellations such as Orion. 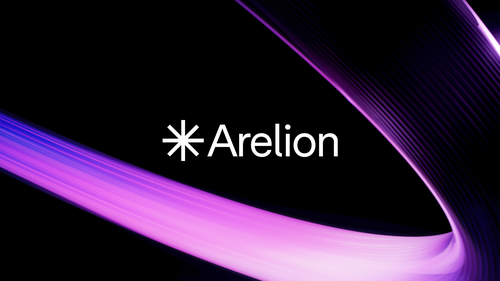 In June 2021, Telia Company divested Telia Carrier at an enterprise value of SEK 9,450 million ($1,029 million in USD). Telia Carrier, with its 530 employees, became an independent company backed by Polhem Infra, an investment company jointly owned by some of the largest Swedish Pension Funds. Since then, the company has been developing a new look and brand which it launched this week.

As part of the rebranding process, Arelion (pronounced Ah-ray-li-yon) commissioned a survey of wholesale operators and enterprise customers and found that "high-quality, prestige and trustworthiness" were the most important buying criteria among respondents in their partnership selection processes.

Arelion also drew inspiration from celestial bodies, which it translated into the new logo. The design is an asterisk that transforms into a 3D image of a spinning globe. It is a visual representation of Arelion's global network and local connection points, says Sever. Arelion operates networks across Europe, North America and Asia, with over 70,000 km of optical fiber and 1,700 MPLS endpoints in 125 countries. In addition, the company says its Internet backbone, AS1299, powers nearly 65% of all Internet routes.

Arelion is defined as a "reflection of the power, agility and passion we bring to the world. At its heart lies the English adjective 'reliable,' and it takes inspiration from the strength, beauty and light of the names given to stars such as Aldebaran, Sirius and Orion. Arelion is a shining star in its own right  we are an exciting new company with a distinguished past and a bright future defined by excellence, excitement and energy."

The company has also developed a series of 3D artwork to express high-speed optical connectivity and represent lights, cables and people to foster an emotional connection to the brand, adds Sever.

CEO Staffan Göjeryd says Arelion's new brighter color palette and visuals will bring a sense of playfulness and uniqueness to the market, while also assuring a level of familiarity with customers. Arelion plans to expand and add additional employees this year and continue network buildouts in the US, he says.

On this episode of The Light Reading Podcast, Telia Carrier (now Arelion) CEO Staffan Göjeryd says his company is poised to keep growing and will likely become more focused and more competitive now that it is standing on its own.

"We're focusing a lot of our efforts in the North American and European territories," says Göjeryd. "We have some quite extensive buildouts that we're doing in the US this year and will continue our expansions on the various data centers and marketplaces."

In addition to continuing to work with service providers, Göjeryd says Arelion plans to expand in the enterprise market: "Their behaviors are shifting in how they're consuming services to and from data centers, between data centers, and their usage of the Internet in general."

However, Göjeryd is also keeping a close eye on industry-wide supply chain challenges. The company hasn't "suffered deeply from supply chain" issues thus far, but he says he is concerned about how long supply chain pressure will last.