Tech Specs Groups to US Commerce Dept: 'Give Us Clarity on Huawei'

A group of 26 technical specifications and standards bodies have written to US Dept of Commerce Secretary Wilbur Ross seeking clarification on whether Huawei is allowed to contribute to their development work while the Chinese vendor is subject to the Entity List order announced last month.

The standards bodies -- which include the Broadband Forum, Ethernet Alliance, MulteFire Alliance and Video Electronics Standards Association (VESA) -- are concerned that any rulings that exclude Huawei from participation in their work could lead to "standards wars." They have even gone as far as suggesting an amendment to the current language used in the Entity List judgement that would enable "business as usual" at the many consortia in which Huawei representatives are involved.

In the letter, dated June 14, they state that they represent "many hundreds of U.S.-based technology consortia that today create the majority of standards and technical specifications that shape global technology ecosystems." They want the Commerce Dept., which added Huawei to its Entity List on May 16 (a move that barred sales to the Chinese vendor by US companies), to clarify whether Huawei can still be a member of US-based industry consortia and engage in the development of technology specifications: They say the current ruling, and the Temporary General License announcement of May 20 that allowed a grace period for US companies to engage with Huawei if they met certain criteria, has "created a serious problem of uncertainty."

That's because the details of the Temporary General License provided an opportunity for Huawei to continue its work with a set of named industry consortia that are engaged in 5G developments: That select list of consortia included ETSI, the 3GPP, the IEEE, the IETF, the ITU, the GSMA, the TIA and the ISO (the International Organization for Standards).

The consortia that have signed the June 14 letter want that exemption extended to all standards, specifications and certification groups, and want the exemption made permanent, rather than temporary: To help, they have suggested some amended "language" that would enable that broader exemption.

If the current situation persists, warn the signatories, it will create "a serious risk that specifications developed by U.S.-based consortia will fail to achieve the goal of adoption as formal or de facto international standards, and that future necessary standardization efforts will be led elsewhere. Further, if companies with large market presence are excluded from U.S.-based standards efforts, a possible result is the launch of competing standards, leading to lengthy and destructive 'standards wars.'"

The signatories add that they "respectfully request your prompt attention to this matter."

Or, in other words, "If you want to get in the ring with China, you go ahead, but don't drag us into the fight because we've got better things to do and a lot to lose."

The issue of standards development, and the relationship between US members of industry consortia and their Huawei counterparts, has already been raised in recent weeks following the most recent plenary meeting of the 3GPP, the ETSI partnership project developing the 5G specifications around which the communications industry is building its next-generation networking and services roadmaps. Huawei is a significant contributor to the 3GPP's work. As Light Reading has reported, the uncertainty surrounding the Entity List rules has resulted in some US companies, understandably not wanting to be seen as non-compliant, reportedly requesting their staff not to engage with Huawei representatives. Ultimately, such "rules of engagement" could lead to the breakdown of current global standards development processes -- that's exactly the calamitous situation that the June 14 signatories are highlighting.

Indeed, the current uncertainty has already led to Huawei's voice being muted at several industry specifications groups, either because of a decision by the group or because Huawei withdrew its involvement. One such group, the SD Association (which sets memory card standards), modified Huawei's membership rights: That industry group is one of the signatories to the June 14 letter.

The submission of the letter to the Commerce Dept came just ahead of a Reuters report on June 17 that major US chipmakers, including Intel, Qualcomm and Xilinx, have been lobbying the US government to ease its trade restrictions on Huawei: The US components firms face not only a loss of business if they can't sell to Huawei but also the prospect of increasing competition in the future if alternative chip developers are funded by Huawei or other investors.

There is some hope that the current situation may ease if, as planned, US President Donald Trump and Chinese President Xi Jinping meet to discuss the current trade dispute between the two countries at the upcoming G20 meeting in Japan on June 28 and 29. That trade dispute is regarded as a major (though not the only) factor impacting current rulings related to Huawei: The official line is that Huawei represents a security threat, but it is hoped that while Huawei will always now be tarnished by the "security threat" accusation, an agreement between the US and China would lead to a relaxation of the current Entity List situation. 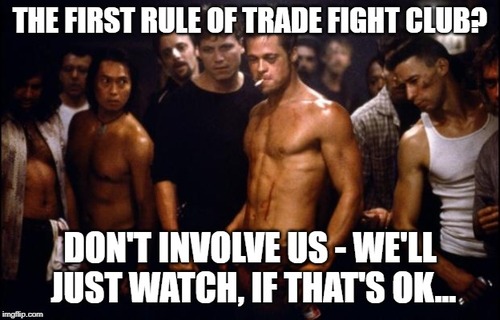 Of course, any such meeting between Trump and Xi may only exacerbate the situation. Huawei has already stated that it expects its sales to be lower than previously anticipated this year and next -- at the same time, it will still be one of the biggest tech firms in the world and there are already signs that it is finding ways to work around the Entity List ruling.

To find out more about (and read) the June 14 letter, and see the full list of signatories, check out this blog post by Andy Updegrove, an attorney at law firm Gesmer Updegrove LLP who helped to draft the letter.