Love is blind, they say. It might explain why UK politicians have the collective hots for open RAN.

Despite their unfamiliarity with the technology, and warnings from operators that have flirted with open RAN, parliamentarians from across the political divide are apparently smitten. Open RAN, they have convinced themselves, is the pure and virtuous Cinderella to the ugly network stepsisters of Ericsson and Nokia.

The well-known fairy tale conveniently ended when the aristocratic foot-fetishist discovered his grotty slipper fit perfectly around the toes of an enchanting scullery maid. What happened next? No one is ever told, but it is entirely possible the coquettish and mysterious country girl turned out to be a high-maintenance royal nightmare. UK policymakers could have a similar shock when open RAN moves into the UK. 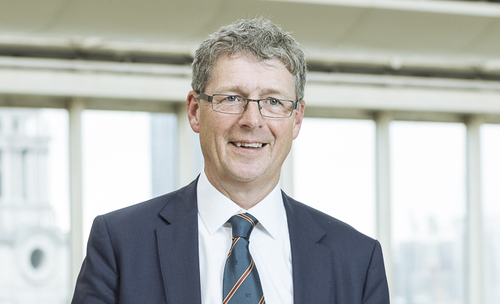 Of course, open RAN companies might well prove to be ideal partners. Traditional radio access networks built by Ericsson and Nokia look ugly to their critics because all the components must come from the same supplier's system. Hardware and software are tightly integrated. Open RAN promises decoupling, interoperability and variety. If it works out as planned, an operator would be able to use radios from one vendor with software from another. For the hardware, general-purpose equipment might do.

UK authorities are captivated. Having recently moved to ban Huawei, a vendor that looks altogether too Chinese to be allowed anywhere near critical infrastructure, they have listened to open RAN sponsors who insist it will stop the ugly stepsisters from taking over the UK. There is even hope it will give rise to local champions. So far, authorities have stopped short of forcing operators to buy open RAN equipment. But some lovestruck politicians seem desperate to intervene. On Thursday, Mavenir and NEC, two open RAN suppliers, were asked if they would be able to build a 2G-to-5G network for a greenfield UK operator in just a year.

The question came during the latest in a long sequence of parliamentary telecom enquiries. This week's session featured the unedifying spectacle of UK politicians pandering to equipment suppliers while their confusion about open RAN technology was on full display. Chi Onwurah, a member of the UK's opposition Labour Party, did herself no favors as she engaged Mavenir in discussion.

"You are saying that while you could deliver a full-service 2, 3, 4, 5G network tomorrow, the fact is that is not what our mobile operators want," she rambled. "What they want is an increment from what they have now to what they need to provide for services, and the cost there is a real issue, and so the transition from 4G to 5G open RAN is part of the challenge and we need to understand better how governments can support that."

If she had wanted a succinct explanation of why operators are wary of open RAN, she could have listened to Howard Watson, BT's chief technology officer, when he answered questions earlier that day. Whatever Onwurah might think, most operators are not yet persuaded open RAN is up to the task in urban areas where most people live and "the technology works at its hardest," said Watson. If it were, then more deployments would be visible.

There is also no guarantee open RAN will vanquish the ugly stepsisters. Both are now members of the O-RAN Alliance, the group that develops open RAN specifications, and both have announced some open RAN products. Smaller rivals, it seems, would have to persuade BT they are viable substitutes for Ericsson and Nokia rather than extras in the supplier mix.

"Please bear in mind that most operators like to have a primary source and a secondary source," said Watson. "It's unlikely that all of us will start deploying equipment from four or five different vendors because the operational challenge of the person in the van maintaining that tends to limit you to a choice of two."

Nor would open RAN necessarily produce major savings, despite the arguments of its suppliers. While there was little mention of cost in this week's parliamentary session, analysis previously carried out by several industry experts and Light Reading suggests the cost reduction would be miniscule, partly because the radio access network accounts for only about one fifth of total wireless capex.

Some (albeit those with a vested interest in preserving the status quo) think open RAN could even be more expensive. "It would be sad if we build something that is only for one purpose and we cannot do it more cost effectively than with general-purpose hardware," Per Narvinger, the head of product area networks for Ericsson, told Light Reading last year.

More of a 6G story

Onwurah, clearly, is not very good at listening. There will be little opportunity for open RAN until the latter part of this decade, said Watson. Minutes later she was asking the BT executive if he believes open RAN will not reach maturity for another eight years. Any politician that has paid some attention to what operators are doing should by now have realized open RAN has come too late to have much influence on 5G. Nearly all the UK's service providers have already picked their long-term 5G suppliers, including replacements for Huawei. Only Vodafone has carved out a role for open RAN, and that seems limited to about 2,600 rural locations in an 18,000-site network.

None of this condemns open RAN to failure. Rational analysts believe it will account for about 10% of the entire market by the mid-2020s. As the technology improves, it could seize a much bigger share in the latter part of the decade. But its success and the opportunity for open RAN disruptors should be determined by the industry, not infatuated politicians with a rudimentary understanding of the technology. Onwurah, at least, has a degree in electrical engineering and previously worked for Ofcom, the UK telecom regulator. With his background in the law and politics, Oliver Dowden, the government minister in charge of all things digital, has no relevant professional experience whatsoever.

Authorities should be encouraged as they try to foment competition. That means ensuring the conditions for all suppliers, barring those deemed a security risk, are attractive and fair. It means being able to guarantee the market is genuinely open, not closed to anyone with the "wrong" technology. The politicians' gushing about open RAN should stop before there is a full-blown, ill-considered affair.