Say hello to the open RAN 'ecosystem,' or vendor lock-in 2.0

Open RAN department stores, it seems, are rather like hairdressers or coffee shops. Build one in the neighborhood and others will soon appear.

Japan's NTT DoCoMo has started to advertise a lineup of open RAN goodies that could be sold to other service providers. The move came as Rakuten, a Japanese mobile rival, boasted of 15 customers for the open RAN and other communications tools it has already launched.

They are not the only examples of ecosystems within the ecosystem. Spain's Telefónica has been drawn into Rakuten's embrace, announcing last September that it will jointly procure open RAN hardware and software with the Japanese firm.

On a smaller scale, Mavenir, a US software developer, has teamed up with MTI, a Taiwanese maker of radio units. Parallel Wireless, a Mavenir rival, has a similar partnership with China's Comba. 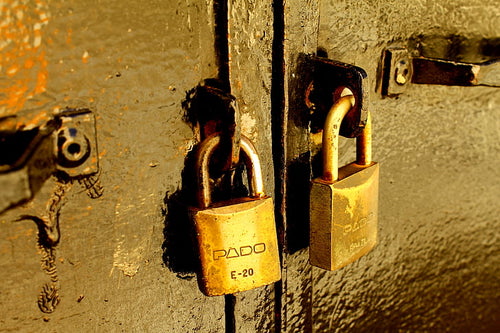 Trading one version of vendor 'lock-in' for another?

Such alliances hold various attractions. For Rakuten and NTT DoCoMo, they promise a lucrative source of new revenues from pitching expertise to other service providers.

Rakuten reckons that entire market opportunity could be worth anything between $280 billion and $380 billion. Ecosystems could also drive investment toward particular companies and help them to bulk up.

Above all, perhaps, they would target one of the main bugbears of open RAN  the sheer hassle of shopping around for different products and then integrating them in a single network.

New specifications developed by the O-RAN Alliance are supposed to ensure products are interoperable. But there are still no examples of O-RAN-compliant deployments, according to TeckNexus, a market research company.

What if open RAN assembly is like using a Philips screwdriver with a flathead screw?

This partly seems to be NTT DoCoMo's justification for creating its own open RAN ecosystem. It features some prominent names in the IT and telecom sectors, including Dell, Fujitsu, Intel, Mavenir, NEC, Nvidia, Qualcomm, Red Hat, VMware, Wind River and Xilinx.

While acknowledging the efforts of the O-RAN Alliance, the Japanese operator points out that some issues "are only found at interoperability testing, which operators actually introducing open RAN have to deal with."

The implication? An operator building an open RAN network is probably better off buying within a partner ecosystem  where NTT DoCoMo, Rakuten or someone else has already validated high-performance interoperability  than shopping around different suppliers and hoping it all slots together nicely.

Parallel Wireless and Comba can offer more reassurance to an operator in concert than if they were complete strangers.

The trouble is that open RAN is supposedly about mixing and matching suppliers, and not buying integrated systems. If an operator relies on a Parallel Wireless and Comba tie-up to supply products for its radio access network, how can it have confidence that substituting MTI for Comba would not affect performance?

And what, then, is the difference between open RAN and the "closed RAN" technologies supplied by Ericsson, Huawei and Nokia, the industry giants?

Ericsson is trying to stir up doubts. An open RAN network is not the same as a non-proprietary one, says Rene Summer, the Swedish vendor's director of government and industry relations, in a recent LinkedIn post.

Nor does open RAN provide any guarantee of multivendor interoperability, he adds.

"There is currently no standard or specification that allows vendors to implement standard-based open RAN solutions across 2/3/4/5G," he writes.

The Swedish vendor has a vested interest in downplaying the attractions of open RAN, which poses a challenge to its mainstream business.

But independent authorities have also drawn attention to this issue. In a new report, Omdia, an analyst firm and sister company to Light Reading, notes that "supplying everything from a single entity somewhat defeats the purpose of open RAN," as far as purists are concerned.

Nevertheless, Omdia's view is that "preferred partnerships" will take shape between software developers and hardware manufacturers.

Squaring up to bigger suppliers will be a challenge for many of these partnerships. Fujitsu and NEC, two prominent Japanese firms, can already supply the full range of hardware, software and systems integration expertise, says Omdia.

They are also multi-billion-dollar businesses with vast resources. Fujitsu made about $35.5 billion in revenues for its 2020 fiscal year, while NEC managed $27.6 billion for 2019.

Mavenir's annual sales were just $427 million, according to a recent filing with the US Securities and Exchange Commission.

One of the main difficulties for the smaller companies will be trying to sell competitively priced radios that perform just as well as products made by the giant kit vendors.

Omdia's latest forecast is that open and "virtualized" radio access network products will account for roughly 9% of the total market by the end of 2024, up from just 1% in 2020.

But it also reckons the big five  meaning Huawei, Ericsson, Nokia, ZTE and Samsung  will "probably seize the majority" of this business. The challengers, it says, simply "cannot achieve the same economies of scale as the incumbents."

That is possibly why the Rakuten and NTT DoCoMo ecosystems look attractive to some of these players. Under the wing of a multi-billion-dollar service provider, a startup could have opportunities it would never see on its own.

Yet bigger ecosystems could exacerbate concern about vendor "lock-in." Exchanging Comba for MTI might be hard enough. Replacing a laundry list of Rakuten-backed applications and tools could be the mother of all swap-outs. 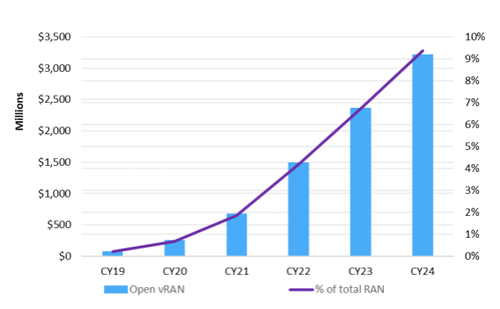 It would not be so bad if customers of the Rakuten Communications Platform (RCP) had alternatives within specific network domains. When it comes to open RAN software, their only option appears to be Altiostar.

And with its majority ownership stake in this company, Rakuten has no incentive to promote rivals, whatever it might say.

"When RCP demonstrates they are committed to 'open,' we remain prepared to collaborate," Steve Papa, the CEO of Parallel Wireless, told Light Reading last year.

"Of course, the challenge for RCP will be in adhering to open principles while simultaneously continuing to pour resources into Altiostar."

Parallel Wireless is not the only skeptic. Operators choosing the RCP route "may be limited to the vendors and features on Rakuten's roadmap," said Roberto Kompany, an analyst with Analysys Mason, in a research note issued last year.

Trading one form of lock-in for another is probably not what most service providers have in mind.