Think of the silicon used in mobile networks and a cluster of big US firms springs to mind  Broadcom (valued at more than $230 billion this week), Marvell Technology (worth $59 billion), Nvidia (an astonishing $802 billion), Qualcomm ($202 billion) and Xilinx ($55 billion) all develop chips for the basestations used worldwide. Then there is Intel, the $201 billion semiconductor giant whose x86 processors are showing up in the first generations of open and virtualized radio access networks.

Picocom hardly fits that mould. It is part-British, part-Chinese, for one thing, and made its first major product announcement this week  a chip aimed specifically at the market for small cells rather than macro sites. It touts open RAN but doubts the suitability of x86 for baseband processing. "What chance do challenger open RAN vendors have if they have to rely on COTS [common, off-the-shelf] components?" says Peter Claydon, Picocom's president.

His firm has built its technology largely on RISC-V, an open-source architecture for central processing units and an alternative to both x86 and Arm, a UK based firm that sells chip blueprints to just about all the companies listed at the beginning of this story bar Intel. Replete with hardware accelerators for boosting performance, Picocom's customized silicon would handle the various compute functions that fall under the baseband category more efficiently than an x86 processor, insists Claydon. 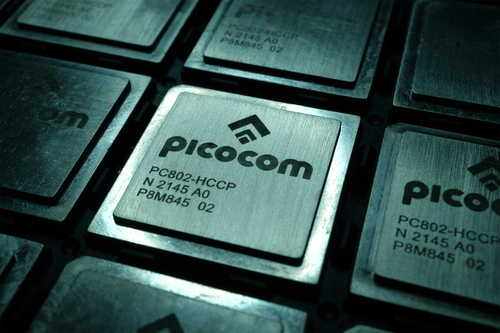 Arm's big US partners have been making a similar pitch in recent weeks, and they have allies in major service providers such as Vodafone. "Some of the vendors made some pretty outlandish claims early on to say it was 30% faster, 30% cheaper, and it just wasn't true," said Scott Petty, Vodafone's chief digital officer, when talking about open RAN at a recent press event. "Now they need to deliver, but it will require some dedicated silicon. It won't be Intel chips."

What can Picocom bring that a giant like Marvell cannot, though? Its focus on the small cells part of the industry is key, says Claydon, pointing out that macro sites would come with requirements for 32- or 64-antenna processing. "If you are doing lots of that, it is quite a different type of SoC [system-on-a-chip] from a small cell, where you are probably talking about two or four antennas and eight at maximum," he explains.

"The trade-off is completely different," Claydon adds. "It is similar to why the Apple M1 processor is so good on so many benchmarks. It is because it has hardware accelerators for each specific thing. The ones that aren't being used are switched off and you use hardware that is optimized for the task."

Commentators believe small cells could proliferate in some countries as spectrum owners attempt to plug service gaps and provide better in-building coverage. And a deal in the vast Chinese market, where operators have previously talked up their interest in small cells, could be as big as a macro deployment in smaller countries.

Its Chinese heritage may already have brought other benefits for Picocom. The US-driven campaign against Huawei means HiSilicon, the Chinese vendor's own chips business, can no longer use advanced international foundries to manufacture its products. In response, China is determined to be more self-sufficient in semiconductor technology. Chinese funds are flowing into the sector.

Claydon downplays this kind of opportunistic interest, though. "Possibly that's part of the enthusiasm  why people are happy to invest in China. We have very pure-play VCs [venture capitalists] as backers and are careful not to get what they used to call drive-by investing in the dotcom boom," he says. "Companies that didn't have solid investors who understood the business just left and the companies died."

Still, the source of funding is "predominantly Chinese," according to Claydon (Picocom is not disclosing the identity of its investors or indicating how much it has raised). And fundraising has remained a challenge for semiconductor startups in other parts of the world, he says.

"People aren't funding semiconductor startups with the exception of AI and that's because the VC model is broken  you have to invest at least $100 million and then the returns you don't get until six, seven or eight years after the investment," he says. "If you invest in a software company, you can turn that around a lot more quickly."

Besides developing the silicon, Picocom is offering standards-compliant baseband software to customers. The source code it also provides means the software can be modified, however, and a couple of customers are writing all their own code, says Claydon. In the meantime, Radisys, a software vendor now owned by India's Reliance Industries, has pre-integrated its technology with Picocom's.

Claydon is not ready to name interested service providers or telco triallists at this stage, but he says one Asian (not Chinese) operator is aiming for a commercial deployment that would use Picocom's chips in September 2022. Discussions with Chinese operators also appear to have taken place. Backers will be hoping Picocom can soon become a bigger deal than its name implies.