Already famous for Celts, cider drinking and sheep, the rural communities of Western Britain have more recently been catapulted to open RAN stardom. Over the next few years, a 2,500-site overhaul by Vodafone will replace China's Huawei there with a mix of technologies powered by Intel-designed chips. But as open RAN matures and moves into UK cities, Intel will struggle to cling on.

Vodafone has given its strongest endorsement yet of more specialist silicon based on Arm blueprints, indicating this will be critical if open RAN is to close the performance gap with traditional networks. "Some of the vendors made some pretty outlandish claims early on to say it was 30% faster, 30% cheaper, and it just wasn't true," Scott Petty, Vodafone's chief digital officer, told Light Reading at a recent press event. "Now they need to deliver, but it will require some dedicated silicon. It won't be Intel chips." 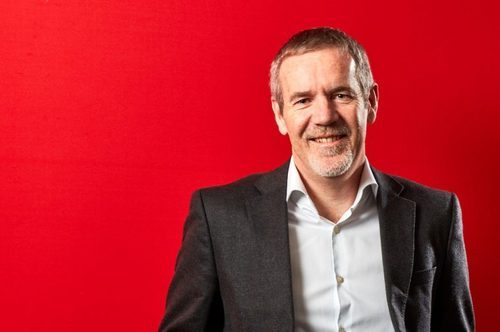 Thanks to new interfaces, open RAN  strictly speaking  would allow Vodafone to use one vendor's radios with another's computing products. This marks a break with the traditional model, where everything would come from the same supplier system. As part of its rural open RAN deployment, Vodafone plans to run Samsung software alongside radios from Japan's NEC.

But open RAN will also use a technique called virtualization to break apart hardware and software. The idea is to ensure code written by any player can work on general-purpose server equipment. So far, that has worked to the advantage of Intel because of its dominant role in the market for server-based central processing units (CPUs) based on x86, an architecture Intel first developed when the perm was still trendy. In Vodafone's UK deployment, Samsung software will sit on Dell servers featuring Intel CPUs.

No match for Arm

Unfortunately, these general-purpose x86 chips appear to be no performance match for the dedicated silicon to which Petty refers. In traditional networks, that is typically based on blueprints developed by Arm, a UK-based company whose designs are also found in most smartphones. Arm-based chips could provide the boost open RAN needs to thrive in the city, according to Petty. "We need specialist silicon and specialist vendors to really be able to cope with that level of traffic."

In a 5G network, Arm reckons chips based on its blueprints would bring a power reduction of up to 85% versus what it calls "traditional servers." It is not the only one to have made bold claims about the energy efficiency  a performance proxy  of specialist silicon. Huawei, which has previously relied on Arm designs, reckoned in early 2019 that an x86 chip in a 4G basestation would use ten times as much power as one of its own chips. Dish Network, which plans to run its mobile network on Amazon Web Services, says Amazon's Arm-based Graviton2 processors provide "up to 40% better price-performance over comparable current-generation x86-based instances."

Encouragingly for Vodafone, several chip designers have recently begun marketing new, Arm-based silicon products as an open RAN alternative to Intel. Marvell, Nvidia and Qualcomm are all set to launch hardware accelerators, chips that would handle network functions more efficiently. Based on a system known as inline acceleration, these will be able to bypass the CPU and reduce the need for more advanced Intel processors.

Intel will still matter in open RAN. To boost performance, it has developed its own accelerators using lookaside, an alternative to inline that relies more heavily on the CPU. Experts say this reduces software complexity. Ericsson, notably, is bringing out software that works on Intel chips but not on the accelerators developed by Nvidia, with which it has a two-year-old partnership. Intel, moreover, may be harder to challenge in open RAN outside baseband, the part of the network that does signal processing.

But Vodafone's digital chief evidently believes alternatives will be necessary in the busiest places. He expects to begin deploying open RAN around the mid-2020s in urban areas and is optimistic that smaller players can unseat the giants. "The beauty that open RAN created was that in the traditional world if you wanted to play in open RAN you had to do the entire stack and therefore commit billions in R&D to be good at every element," says Petty. "Now you can say I just want to do the baseband unit, or I just want to do antennas. You can specialize and win in that area."

His remarks came shortly after Arm announced plans for a new 5G lab in New Jersey where it will invite partners to test their open RAN technologies. Set to open in the first quarter of 2022, the lab has secured backing from Vodafone as well as Dish in the service provider community. Intel's days of open RAN dominance are starting to look numbered.