Vodafone is building 2,600 open RAN (O-RAN) sites in the UK. Telefónica Deutschland plans 1,000 of them in Germany. But Orange has arguably just become the most intrepid of the three. It has effectively told big kit vendors such as Ericsson and Nokia to slap a sell-by label on the traditional gear it buys from them. Starting in 2025, Orange wants anything it purchases for European network upgrades to be O-RAN-compliant.

The intention is to send a clear message to O-RAN suppliers and watchful politicians: Invest heavily in open RAN and some of Europe's biggest companies will be ready to buy products. But Orange's commitment can also be read as a demand served to its main radio access network (RAN) vendors. If they refuse to adapt their own products over the next four years, they might have to forget about selling to Orange in Europe. 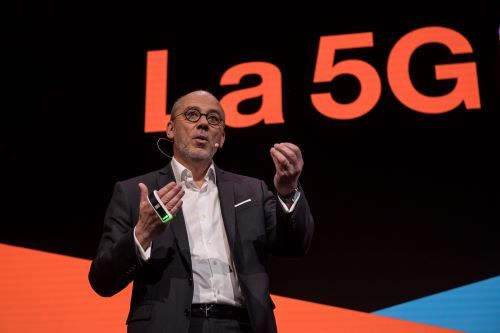 Four years will give O-RAN sufficient time to achieve "parity" with traditional RAN, says Arnaud Vamparys, Orange's senior vice president of radio networks. Operators are attracted to the technology partly because it would let them mix components from different vendors at a given site. Interface gaps make this difficult in a traditional RAN, tying operators into vendor monogamy. Unfortunately, O-RAN's performance shortcomings make it unsuitable for deployment in more demanding, urbanized environments. By 2025, Vamparys thinks it will have caught up.

That expectation is realistic, says Gabriel Brown, a principal analyst with Heavy Reading, a sister company to Light Reading. While he thinks it is still too early to say O-RAN is guaranteed major success, he sounds impressed by recent silicon design progress. "There are all kinds of innovations addressing performance and power consumption, and using more specialist silicon with open interfaces," he says.

An O-RAN embrace by Ericsson and Nokia could make a huge difference. Each year, the Nordic vendors invest about $10 billion in research and development and ship many thousands of basestations to their customers. Nurtured by such muscular vendors, O-RAN would have a better chance of succeeding. The trouble is that monogamous telcos buying integrated RAN products have propped up Ericsson and Nokia for years. O-RAN and the telco interest in using alternative suppliers threaten upheaval and diminished sales. Ericsson, in particular, looks wary.

But ignoring the Orange appeal could mean losing a major customer. And a chorus of service provider demands has already spurred the Nordic vendors to make O-RAN moves. By 2025, it seems unlikely that either will lack a full portfolio of O-RAN products. "There is no reason why incumbent vendors can't adopt open RAN principles," says Brown.

Nokia's boilerplate response to the Orange news was to insist it is a "champion" of open and interoperable technologies. "We believe that open RAN technology, by disaggregating hardware and software components and leveraging open interfaces, has the potential to enrich the mobile ecosystem with new solutions and business models, and an expanded multivendor ecosystem," said a spokesperson by email. Ericsson had not supplied its own remarks at the time of publication.

For both companies, the best-case scenario is a simple exchange of traditional kit for O-RAN products in sales to Orange. Even if Orange did not introduce new vendors, O-RAN would hold various attractions over the customized equipment it buys today, says Vamparys. For one thing, it would aid the "cloudification" of the RAN, allowing Orange to redesign network architecture for possible efficiency gains. An O-RAN innovation called the radio intelligent controller (RIC) is of particular interest to the Orange executive. "It enables us to plug in different scripts and third-party applications in a modular way," he says. That holds out the promise of new network features and quality-of-service improvements.

Yet supplier diversification, which has topped the O-RAN agenda for most operators, is also on Orange's wish list. "Of course, you have Ericsson and Nokia, but in addition we want a number of smaller companies to be able to develop in Europe," says Vamparys. Today, most O-RAN specialists hail from North America and Asia. Worried about the lack of European contenders, the region's service providers are calling for political intervention. Markus Haas, the CEO of Telefónica Deutschland, even thinks part of Europe's 1.8 trillion ($2.2 billion) COVID-19 recovery fund should support O-RAN specialists.

Others are bound to disagree. Critics will argue that authorities are being asked to back an immature, in-vogue technology that is a potential threat to major European employers, purely to keep out new Asian and US suppliers. Public-sector funding could smack of protectionism. Nor does the telecom sector look especially needy. Unlike the airline, hospitality, tourism and retail industries, it has remained healthy during the COVID-19 pandemic. Why should it benefit when other businesses are on the verge of collapse?

The other question is whether smaller European companies could survive as standalone entities. Profit margins at Nokia are wafer-thin, and they have only recovered at Ericsson after hefty cutbacks. Operators are seemingly determined to spend less, not more, on their network equipment. A promising network startup could fast become a takeover target for Ericsson, Nokia or a non-European firm. Rakuten, an e-commerce company building an O-RAN network in Japan, has already acquired a majority stake in Altiostar, a prominent, US developer of O-RAN software.

Any attempts by European authorities to block such moves would look even dodgier than COVID-19 funding for O-RAN startups. Just five years ago, the European Commission waved through a 15.6 billion ($18.9 billion, at today's exchange rate) takeover of Alcatel-Lucent by Nokia, swiftly dismissing any concern about the impact it might have on competition. Approval of that mega deal would make opposition to much smaller transactions hard to justify.

If Europe's telco giants are so eager to squeeze Ericsson and Nokia, while avoiding overreliance on new Asian and US vendors, they might have to follow the example set by Rakuten, taking ownership of startups to ward off unwelcome consolidation. "We are concerned about the smaller innovators being acquired by the big vendors," said Alex Choi, the senior vice president of research and technology innovation for Deutsche Telekom, during a conversation with Light Reading last year. "It could happen."

Regardless, this week's updates are a worry for the big kit vendors. Their ability to develop competitive O-RAN products is probably not in question, and they might even be able to eliminate some new rivals through acquisition. But if O-RAN does reach performance "parity" with traditional kit, then price-based competition will certainly intensify. And the operators' desire to introduce new suppliers augurs a loss of market share, however small it might be. The industry giants may have to pray that a multivendor RAN turns out to be more trouble for an operator than it is worth.