Dish Network has so many suppliers that it would be easy to think some occasionally go missing like teenagers on a school trip. The US telco's bog-roll-long roster of vendors now includes (deep intake of breath) AWS, Cisco, Dell, Fujitsu, Matrixx Software, Mavenir, Nokia, Rakuten, Samsung, Supermicro and VMware. Tech Mahindra now claims to be involved, too, although Mavenir says the Indian systems integrator has not been seen in action.

Not all of these companies are working on Dish's radio access network (RAN), but many are, and the list keeps growing. For example, Dish brought in Samsung as recently as May, awarding the South Korean vendor a $1 billion contract for radios and software. It is the antithesis of what operators usually do when they put just one or two big kit vendors in charge of RAN rollout. It is also, supposedly, what the concept of open RAN is all about  assembling specialists from different fields to create a dream team of suppliers.

But there could be fewer involved in the future as former specialists branch out. Having already expanded from software into hardware, Mavenir has just raised $155 million in funding with the goal of becoming a full system supplier, one that can source and integrate components as Ericsson or Nokia would do. It is not the only open RAN vendor with ambitions to play this systems integrator role. 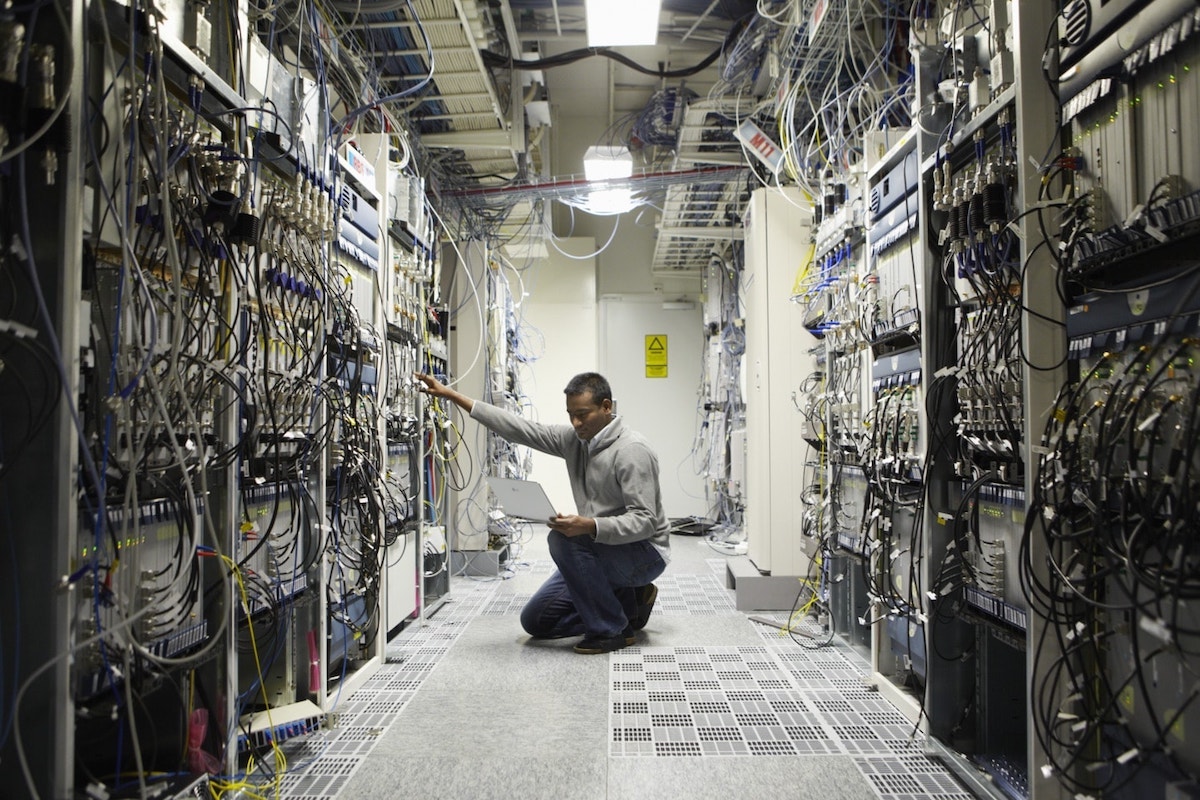 An IT worker confronted by a jumble of server boxes and wires.
(Source: Ericsson)

Japan's NEC, for instance, has already been named as the "prime system integrator" by Telefónica for an open RAN job covering Brazil, Germany, Spain and the UK. Rather like Mavenir in reverse, it has already expanded from its original focus of building radio units into software development. The move into systems integration was listed as a strategic objective in a presentation NEC gave to analysts last month.

Rakuten is doing something similar. While avoiding any direct hardware activities, the Japanese firm is now selling the RAN software it used to build a mobile network in Japan, along with various tools for service management and orchestration. It works as the systems integrator for 1&1, a German operator deploying open RAN, and is pitching its systems integrator skills to other firms.

Clash with the titans

There are a few takeaways. First, if operators start to buy most of their open RAN products from one of these companies  treating Mavenir the same as they would Ericsson, say  then open RAN begins to look much like traditional RAN. Even if new technical interfaces make it easier to avoid vendor "lock-in," commercial considerations might not. Besides, those interfaces have clearly not been much of a painkiller for the headache of integration. Pardeep Kohli, Mavenir's CEO, thinks the industry is still two to three years away from "plug and play" simplicity.

Second, expanding into new areas means resources will be more thinly spread. Mavenir now envisages itself as an "end-to-end" supplier. But even with its $155 million injection of funds, it is small fry next to other companies that already do everything. It was rumored to have made revenues of about $600 million in its last fiscal year and spent around $89 million on research and development (R&D) in 2020, according to a filing with the Securities and Exchange Commission. Ericsson, the world's biggest non-Chinese 5G vendor, reported sales of about $21 billion last year and spent $3.1 billion on R&D.

Third, the systems integrator moves presage a clash with traditional systems integrators, including Tech Mahindra. Adding staff to support the labor-intensive nature of this work is likely to be a major challenge. "To put it very simply, the entire industrialized world is crying out for qualified IT people who are not only very expensive but also in short supply," said John Strand, the CEO of Danish advisory firm Strand Consult.

Mavenir reportedly employs about 1,500 people in professional services and plans to hire another 500. After recent acquisitions and recruitment, Tech Mahindra  which makes about 40% of its revenues in the communications, media and entertainment (CME) sectors  has more than 158,000. The total headcount at Ericsson was 101,459 at the end of June, while Nokia had 87,927 employees last year.

This gap seems less problematic than the dilution of R&D resources. Even a few systems integration contracts could be a big deal for a company of Mavenir's size, and it could scale up as sales grow. The desire of some operators to limit supplier numbers might also help Mavenir, NEC and Rakuten in a fight against plain-vanilla systems integrators with less technology to contribute. Tech Mahindra sold its stake in Altiostar, a RAN software developer, to Rakuten last year. "We never wanted to be a RAN company," said Manish Vyas, the head of Tech Mahindra's CME business.

Kohli does not rule out being a systems integrator when another company's RAN software is on the table, but he doubts a customer would ever choose Mavenir in those circumstances. He is also still prepared to work with other systems integrators (Mavenir does so with Rakuten on the 1&1 deployment, where it is the provider of core network technology).

The morphing of Mavenir into an "end-to-end" supplier may gladden Americans who are worried that their country lacks an Ericsson or Nokia (or Huawei) equivalent. Data from Dell'Oro Group, a market research company, indicates that Samsung, Fujitsu and NEC have been the main open RAN winners so far. Samsung and NEC, notably, have a broad line-up of RAN products.

The longstanding economics question is how the RAN market would be able to support numerous end-to-end suppliers when so many were previously swallowed up by consolidation. There is scant evidence that open RAN is cheaper (it could even be more expensive), and no one rates it ahead of traditional RAN on performance (most industry experts say it trails). Nor is the RAN market witnessing a growth spurt like the public cloud. It could be a small number of end-to-end moves that end happily.