Europe's regulators have suddenly realized the emergence of the giant towerco, bristling with masts, is probably not conducive to competition. Cellnex, a Catalonian firm on a tower-buying spree, has run into a possible UK roadblock. It had planned to relieve mobile operator Three of its tower possessions under a $12 billion regional deal with Hong Kong parent CK Hutchison. After sniffing around the deal, UK authorities have decided it carries the unmistakable whiff of market dominance.

Their concerns, aired this week, come two months after Italy's regulator had expressed similar reservations about the same deal. Authorities in both countries are nervous because Cellnex already owns gazillions of towers in each country. If the deal goes through, it will be hard to restrain.

Cellnex is what the industry likes to call a "neutral host," using the kind of jargon that makes it sound as inoffensive as Switzerland in World War Two. The pitch is that any service provider can rock up and find a home for its mobile basestations on Cellnex's towers. 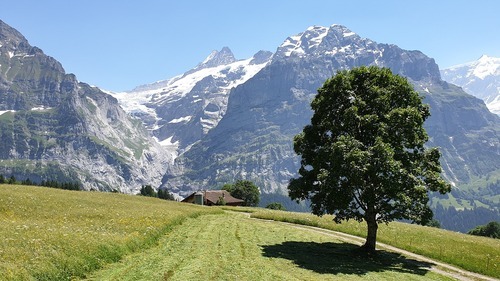 Famous for neutrality and rich bankers.

What it doesn't say is that neutral hosts are often naturally monopolistic. Anything that allows a handful of big companies to share equipment and effectively pool resources is obviously a threat to infrastructure-based competition. NBN Co, the state-owned Australian wholesale network sponging billions off the taxpayer, is probably the most infamous neutral host. Cellnex is a neutral-host monopoly in the making, regulators evidently fear.

"Cellnex is already the largest independent supplier of mobile towers in the UK," said Mike Walker, the chief economic advisor at the UK's Competition and Markets Authority, in an official statement. "We're concerned that this deal could help to lock in this position and prevent the emergence of new direct competition."

Yet there is a worrying surge of industry enthusiasm for neutral hosts, and they could be facilitated by a technology concept that policymakers seem to adore. Open RAN is a fashionable attempt to inject competition into the equipment market by ensuring that products from different suppliers are interoperable. To some leading operators, it is also the best tool for building a neutral-host network.

"We actually think, irrespective of anything else, that the open RAN architecture fits neutral host really well  the way you build it is very similar to how open RAN has been architected today," says Neil McRae, the chief network architect of UK telecom incumbent BT. "The signaling and baseband work similarly to how open RAN is architected, so it's a good fit and that is the reason we are looking at it."

In fairness, the sort of neutral-host systems that BT envisages are not the same as NBN Co, or even Cellnex. An example is a contract it has just landed with Bruntwood SciTech, billed as a property provider for the science and technology sector. Under that deal, BT is providing campus-wide network infrastructure. Rivals can piggyback on this to sell services. There is nothing to stop them from being the neutral-host providers in other campus deals.

But what if open RAN allows operators to build neutral-host networks across entire swathes of a country? Open RAN vendors such as Comba, a hardware maker based in Hong Kong, say their technologies would make the sharing of radio access networks much easier than it is with traditional technology. The idea is that operators take advantage of the virtualization that comes with open RAN to manage their own resources on a shared network.

The important thing is that operators seem to agree. In their recently scribbled wish list of technical priorities for open RAN, several big European operators  Deutsche Telekom, Orange, Telefónica, TIM and Vodafone  described RAN sharing as a key requirement in the future. "Efficient RAN sharing management is required to allow sufficient independence between operators to manage their own CNFs [cloud network functions] on a shared infra, while avoiding any potential conflicts," they said.

"Open RAN will ease sharing of sites and should help to increase site occupancy," said Arnaud Vamparys, Orange's senior vice president of radio networks, in a discussion with Light Reading about open RAN's attractions earlier this year. That partly explains why the French operator will in the next few years require all new products it buys to be compliant with open RAN standards.

None of this necessarily means new infrastructure monopolies will accompany the rollout of open RAN. In a 2018 report written for the UK government, Frontier Economics warned that a single wholesale network, as a monopoly, would probably result in "worse outcomes in terms of innovation and speed of rollout compared to competitive markets." But it also recognized that localized neutral hosts could produce "greater competition at the service level and attract new forms of capital to the market."

Regulators, though, will have to exercise more vigilance than they have regarding the towercos. Cellnex was on a tear long before the Italians began to panic, as this publication had pointed out in numerous stories. In February, a deal it struck with France's Hivory would give Cellnex control of roughly half the French market for towers, reported Light Reading at the time.

Fewer service providers would arguably be good for Europe, but zones that lack more than a single 5G infrastructure provider would probably not. In the worst case, those could demand the same level of regulatory oversight as the fixed-line sector, where former state-owned monopolies are still the dominant players in many countries. It will be ironic if a bid to diversify the market for suppliers leaves Europe's 5G sector with less choice.