Like belching at a child's piano recital, insulting open RAN is not considered seemly for a member of the telecom establishment. The industry has more or less decided the young technology will be a hit, almost regardless of its merits. For all they could lose, Ericsson and Nokia typically want to be seen as receptive, even as dutiful mentors. Criticize or heckle and they risk upsetting the audience.

All of which makes Tommi Uitto's airing of doubts look brave. Nokia has previously given open RAN a much warmer reception than either Ericsson (friendly while cautious) or Huawei (downright aloof). But the head of its mobile business does not sound entirely impressed. Open RAN stands little chance of boosting competition or lowering costs, and working with other suppliers on multivendor deployments remains too difficult, he told Light Reading during a meeting in central London. Uitto must know that open RAN's enthusiasts will parade his criticisms as evidence of Nokia backsliding.

Often conflated with virtualization, open RAN is basically about unlocking some of the interface gates between different parts of the radio access network so operators can welcome in a mix of suppliers. In its absence, telcos have tended to rely on one big supplier to provide everything. If they could make one vendor's radios operate with another's IT resources, they could work with specialists and spur competition in a market still dominated by Ericsson, Huawei and Nokia - or so they believe. 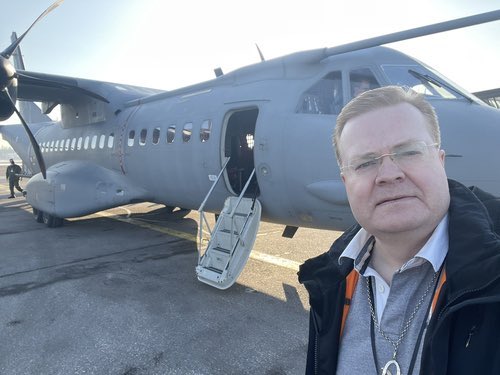 Uitto is not convinced. "There is an assumption that more suppliers is more competition and prices come down, which I am not sure will happen," he said. "Is the cake big enough for ten different suppliers? There used to be ten different basestation suppliers, but we have gravitated to a smaller number."

The Finnish vendor itself comprises six-and-a-half basestation suppliers after multiple rounds of consolidation, according to the Nokia executive. Besides its own historical business, those now include Alcatel, Lucent, Motorola, Nortel, Panasonic and Nortel's W-CDMA business. "They all disappeared because they could not make it  there was not enough scale and volume to survive," said Uitto.

The standard retort is that open RAN would empower smaller companies with a narrower focus. A developer of baseband (Layer 1) software, such as Mavenir or Altiostar, could be competitive without having radios in its product portfolio. "There is, of course, that opportunity, but there the sales volume is also smaller and so you would need to be very competitive," responded Uitto. "Mavenir and Altiostar have been around for some time but not managed to grow, and the reason is that this is very difficult. It is not easy to succeed in this business."

Since last year, Altiostar has been wholly owned by Japan's Rakuten, making it appear less of a specialist than a unit of a much bigger supplier. Outside Rakuten, however, it has struggled to land many deals so far. The same goes for the privately owned Mavenir. A filing with the US Securities and Exchange Commission in 2020, when Mavenir was considering an initial public offering, showed that revenues grew 9% that year, to more than $427 million. But most of Mavenir's business lies outside the RAN domain.

Uitto is equally dismissive of claims that open RAN networks will have cost advantages over the traditional variety. "Sometimes people think open RAN will be cheap. No, it's not. There's nothing that would make it inherently cheap because it is 3GPP-compliant basestations, but additionally it has the particular software-made open interfaces," he said. "Actually, in some early versions from the open RAN challengers, they even had to use FPGAs to make those open interfaces, just as we did in our first 5G products, and that certainly does not make your product cheap."

He would know that only too well. Nokia resorted to FPGAs (field programmable gate arrays) supplied by Xilinx after product setbacks on the development of more customized silicon in partnership with Intel. The effect at the time was to squeeze margins and hurt Nokia's 5G competitiveness. Recovering from that has taken a long time.

Chipmakers targeting the open RAN market have clearly been adapting their products. An original belief that baseband processing could be done effectively on general purpose processors (a market in which Intel is dominant) has been abandoned, according to Uitto. "The first thing the industry learned was that it results in a very expensive product, because these are not especially good in baseband," he said. After experimenting with FPGAs, chip developers are now working on different types of hardware accelerators based on more customized silicon. 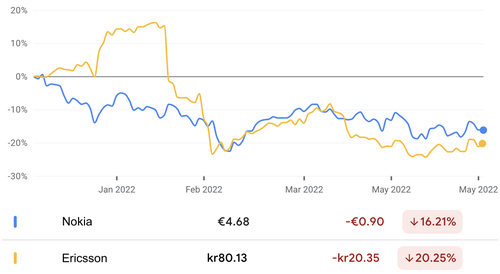 Two broad types of acceleration have emerged  lookaside and inline. Of them, lookaside relies more heavily on the general purpose processor and for that reason is preferred by Intel. But Uitto describes its competitiveness as "questionable" and alludes to the market risks for operators worried about supplier dominance.

"It is a weird idea if you think commercial-off-the-shelf [COTS] is great because it would somehow increase competition," he said. "It could increase some competition by disaggregating hardware from software. But if you then look at the computing in that COTS, it should not be done by only one or two companies on the planet, because that is a monopoly or a duopoly."

He is more positive about inline, backed by chipmakers such as Marvell and Qualcomm. Yet he insists the merchant silicon sold by those companies is still not as good as the inline processor that Nokia has developed by combining its own intellectual property with third-party expertise (Nokia has previously identified Broadcom, Intel and Marvell as its main chip partners). "Our Layer 1 chip beats on performance and cost and power consumption any merchant silicon or any general purpose processor," said Uitto.

Integration is perhaps his biggest headache of all. It is at its most painful in beamforming, an advanced radio technique that effectively "shines" mobile signals on end-user devices rather than wastefully blanketing coverage zones like a floodlight. "There are so many different implementation options," said Uitto. "The standard is too open on that. We have to agree on how to implement beamforming in the DU [distributed unit, where baseband processing is done] and RU [radio unit], even if it is O-RAN-compliant. It is not accurate or precise enough to be plug and play."

In Japan, where incumbent NTT DoCoMo has taken the lead on open RAN, Nokia has been able to get its baseband software working with radios supplied by Fujitsu and NEC but not without significant effort. "It takes two to tango," said Uitto, in a reframing of the idiom. When dance partners have completely different styles, choreography gets complicated.