UK service providers might envy Rakuten. When the Japanese company sought a whizzy 5G alternative to Ericsson, Huawei, Nokia and their traditional approach, it had no further to look than NEC, a local vendor. Egged on by Japanese authorities, the two companies have a much closer relationship than Rakuten could possibly have formed with a foreigner. There is no NEC equivalent for the likes of BT or Vodafone.

There is NEC, though. Just this week, the Japanese manufacturer picked the UK for its grandly named "Global Open RAN Center of Excellence." Open RAN, the technology it has been developing with Rakuten, is the telecom industry's latest obsession. It promises to release operators from the strictures imposed by Ericsson, Huawei and Nokia, stimulating network competition with an elixir of software and commodity kit. NEC, having landed the Rakuten gig, feels resurgent. 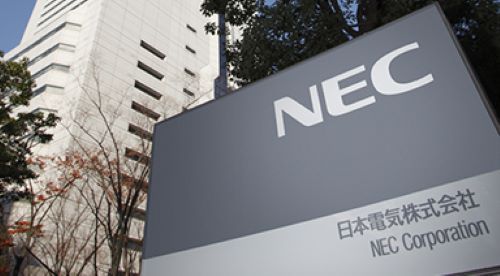 UK mandarins have probably laid out the red carpet as they turn their backs on China's Huawei, whose days of supplying products to UK operators are numbered. Japan is a trustworthy member of the G7, as far as the British government is concerned. There is no reason to suspect it might slip "backdoors" into network products, as the authoritarian Chinese are accused of doing. When Tareq Amin, Rakuten Mobile's chief technology officer, appeared in front of UK politicians last month, he was asked about coming to the UK to offer the service he does in Japan.

Who can complain about NEC if its investment creates jobs and supplier diversity? It has promised its new center will have responsibility for business and product development, project execution and technical support for its entire global open RAN business. That makes it a potential springboard into Europe and other markets for a Japanese firm that made sales of about $28 billion in its last fiscal year.

What happened to homegrown?

Yet NEC's arrival in these circumstances is also a sign the UK lacks any homegrown companies that could run with the open RAN baton. This might not matter to a globalist, who would argue that foreign direct investment is a virtue of the free market. But globalization is a dying creed in telecom. China, India, Japan, Russia and the US are all desperate to have the kind of security in their telecom markets that once mattered primarily in the energy sector and that only comes from a local source or supplier. They also spy an opportunity to nurture national champions.

Similar instincts can be observed in the UK. Open RAN, and Vodafone's commitment to it, "could give the UK an opportunity to gain a foothold in the telecom equipment market," wrote Scott Petty, the chief technology officer of Vodafone UK, in a company blog this month. Grilled by UK politicians earlier this year, Howard Watson, Petty's counterpart at BT, said he was gutted the UK had no suppliers left standing.

"We have allowed ourselves in the UK along with many other countries, including the US, to have lost the manufacturing part of the supply chain and I do look back with regret on that and think anything we can do to stimulate that for the next generation of telecom technology would be very welcome," he said.

The UK's desire to cultivate its own suppliers can be inferred from a submission by Mavenir, a US company developing open RAN software, to the same committee that has quizzed Amin, Petty and Watson this year. "The UK continues to have leading innovative companies," it says in the paper, a copy of which Light Reading has obtained. "These are not currently in a very strong position but with the right policy support they can underpin the resurgence of UK industry."

Mavenir cites CommScope, ACEAXIS, Filtronic, ip.access and Altiostar as examples of these innovative companies. Yet while CommScope and Altiostar have a UK presence, they are US firms, and Altiostar is majority owned by Rakuten. ip.access is based in Cambridge, in the UK's "Silicon Fen," but it was acquired by Mavenir this year. A far bigger $40 billion takeover of Arm, a Cambridge-based chip designer, by Nvidia, an American chipmaker, would place the UK's only non-telco member of the O-RAN Alliance, the group developing open RAN specifications, under US ownership, too, although the transaction faces regulatory obstacles.

As for ACEAXIS and Filtronic, neither has attracted anything like the current interest in Altiostar and Mavenir. Based in Swindon, ACEAXIS says it is developing technology and intellectual property for remote radio heads that could be used in 4G and 5G networks. Filings with the UK's Companies House show that its revenues fell 13% last year, to just £3.6 million (US$4.8 million), although its operating loss narrowed to about £563,000 ($747,000), from £2.2 million ($2.9 million) the year before.

Filtronic, based in Yorkshire, designs and makes antennas, filters and "millimeter wave" products for the critical communications and wireless telecom markets, according to the blurb on its homepage. Although bigger than ACEAXIS, it is hardly a heavyweight, generating sales of £15.9 million ($21.1 million) last year, and it has recently struggled. Revenues were nearly £6 million ($8 million) higher in 2018 and last year's drop forced it to sell its telecom antennas business to a Swedish buyer in early 2020. It swung to a net loss of £1.3 million ($1.7 million) last year, from a net profit of £1.2 million ($1.6 million) in 2018.

The trials and tribulations of UK tech

Of all these companies, only Mavenir and ip.access have featured in the open RAN trials that Vodafone has carried out in the UK. Trials in neighboring Ireland, meanwhile, have used software developed by Parallel Wireless, another US company that flagged a small commercial deal with Vodafone Ireland this week.

Nor were any British companies named when Vodafone recently published a list of open RAN frontrunners on the hardware side. Mavenir was there, along with NEC. Comba Telecom, a Hong Kongese manufacturer with facilities in mainland China, was also identified. It is providing the radio units that Vodafone will use at about 30 sites in Ireland.

Vodafone cannot be accused of ignoring what homegrown expertise there is. Besides using ip.access technology during trials with Mavenir, it has also installed 4G equipment provided by Lime Microsystems, a company based in the UK town of Guildford. But Lime's technology is found at just one Vodafone site in Wales. It was supposed to be used during this year's Royal Welsh Show, an agricultural event canceled in 2020 because of the coronavirus pandemic.

It would take a huge commitment to build up the likes of ACEAXIS, Filtronic and Lime Microsystems, or to seed other UK developers. A difficulty for the government is avoiding charges of state aid  of deliberately picking winners  as it tries to be supportive. NEC could turn out to be a catalyst for UK innovation, bringing UK partners into its ecosystem and re-invigorating the moribund sector. But it might just as easily crowd out the potential competition.