Marco Pierre White, an uppity, award-winning chef, has no time for the adage about customer infallibility. He once told a guest to stop making a fool of herself after she had complained that her salmon tasted frozen. Huawei clings to a similar philosophy. Any customer demanding an à la carte alternative to the set meal will get no satisfaction in the Chinese vendor's 5G restaurant. Open RAN, even though customers hunger for it, is not on the menu. Or so Huawei says.

"Within the next two or three years, there are no commercial opportunities for open RAN because of technological maturity," Victor Zhang, Huawei's vice president, told Light Reading when asked what Huawei was doing to support the concept. "There is still a long way to go with open RAN."

The customer is not always right 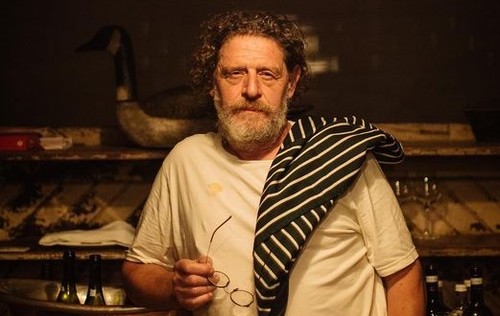 British chef Marco Pierre White seems to have a similar philosophy to Huawei.

Huawei's public distaste for open RAN does not surprise critics who see it as a threat to the Chinese company's business. The in-vogue technology is popular among operators because it would supposedly sever the proprietary links between different components of the radio access network (RAN). Instead of buying everything from the same vendor, a Vodafone or Deutsche Telekom could take radio units from supplier A and baseband products from supplier B and not have to worry about a clash of flavors.

It is obvious why this might not appeal to a company that remains the world's biggest vendor of 5G network products, despite US efforts to topple it. Open RAN, moreover, has gained traction as Huawei has wobbled. Several governments that have imposed restrictions on the Chinese firm see open RAN companies as a long-term alternative. Some big service providers are broadly in agreement.

Moving with the times

But Huawei's apparent aversion to open RAN is at odds with the attitude of Ericsson and Nokia. As the other two members of the global RAN triumvirate, the Nordic firms could also lose out if open RAN takes off. Yet both have now made some accommodation with the concept. Ericsson, the warier, has just opened a lab in Canada that will examine cloud and open RAN technologies. Nokia, the more enthusiastic, hopes its eagerness to please customers with open RAN products will pay off.

Pekka Lundmark, Nokia's CEO, gave a succinct explanation when recently asked about the risks. "I believe that not endorsing open architectures because you are afraid of your competitive positioning sounds a bit protectionist," he told Light Reading. "I mean, these things happen with or without us  It is not a piece of cake, but we are fully and wholeheartedly endorsing it and if it comes fast at least we are ready."

Where Nokia and Huawei agree is on commercial unreadiness. Even many of open RAN's enthusiasts accept that it currently lags mainstream 5G technology on functionality and features. France's Orange, one of open RAN's service provider advocates, does not expect it to reach "parity" until about 2025.

One problem is that the general-purpose processors used in open RAN baseband equipment are less power-efficient than customized gear. Huawei summed this up in 2019. "There is a specific R&D team doing research on using white boxes with Intel CPUs [central processing units] in 4G basestations and the power consumption is ten times more," said Peter Zhou, the chief marketing officer of Huawei's wireless products line, at a London event. "5G is [even] more complicated and an Intel CPU gives you a problem with jitter. In terms of existing CPU technology, we haven't seen the possibility of using that with 5G basestations."

But technical shortcomings may be irrelevant if customers are prepared to overlook them. Initially, operators may be willing to pay a higher price or accept less sophisticated products in the interests of boosting competition and exposing open RAN to commercial reality. Stubbornly refusing to heed customer demands, while insisting that customized products are always better, could be far more dangerous than adaptation.

Hence the hedging remarks in Huawei's public open RAN dismissal. "We are open for all technologies," said Zhang. "Our preference is to make sure we can support all the technologies to support our customers' leadership in the industry." He was even more forthright last July, when being grilled by UK politicians. "We are watching open RAN as one of the choices," he said then. "Once it has comparable performance to single RAN, we believe Huawei will be one of the best suppliers of open RAN as well."

At issue is whether operators really want open RAN or simply desire a vendor that is not Ericsson, Huawei or Nokia. If it is the latter, then Nokia's pivot could end badly. Given today's geopolitics, moreover, it is hard to imagine that many European operators planning an open RAN upgrade would buy products from Huawei.

China, however, does not seem to share Europe's concern about supplier diversity. Last year, its operators bought all but a small percentage of their 5G products from Chinese vendors, handing most contracts to Huawei and ZTE. Despite this favoritism, they have just as much interest as Western operators do in open RAN, according to one service provider executive who requested anonymity but is involved with the O-RAN Alliance, the group developing open RAN specifications.

The number of Chinese companies participating in the O-RAN Alliance is evidence of Chinese interest. They include all three operators  Mobile, Telecom and Unicom  as well as ZTE and numerous, lesser-known vendors. Indeed, according to research carried out by Strand Consult, a Danish advisory group, China has 44 members, giving it more influence than any country bar the US, with 82.

This is an inconvenient truth for some US policymakers seemingly determined to keep open RAN out of Chinese hands. "Part of the irony of O-RAN now is that a lot of it is stuff that came from China Mobile in the first place," said Peter Claydon, the UK-based president of Picocom, a Chinese startup and O-RAN Alliance member, during a previous discussion with Light Reading. Sources within ZTE claim it has also been very active in specifications development.

Huawei stands out as the only big Chinese telecom firm that is not an O-RAN Alliance member. Because its admission could rattle Western policymakers, it may have been kept on the outside as part of a deliberate Chinese strategy.

In a paper issued this month, RWR, another advisory group, noted that "observers from both inside and outside China have made the point that open RAN and the O-RAN Alliance is really just another way for the Chinese state to remain engaged and influential over global wireless communications networks, making the diminishment of Huawei's access more tolerable at a national strategic level."

As an outsider, Huawei is not a party to the O-RAN Alliance's licensing commitment, whereby members agree to license patents on fair, reasonable and non-discriminatory (FRAND) terms. In theory, this means Huawei could try to throttle open RAN technology by claiming its patents have been infringed. That might seem improbable  it would anger customers keen on open RAN technology  but the possibility alarms one stakeholder who previously spoke with Light Reading on condition of anonymity.

John Strand, the CEO of Strand Consult, thinks it inconceivable that Huawei is not privy to the O-RAN Alliance's activities. Smaller Chinese vendors could even be representing Huawei, he has suggested. It seems highly likely that links between China Mobile and Huawei are much stronger than connections between a European operator and its main supplier.

This is not the first time Huawei has rebuked open RAN, and it may not be the last. Public disavowal means it can push its customized products without issuing any contradictory messages, and all while the open RAN threat has very small teeth. But with analysts forecasting it will account for a tenth of the RAN market by the mid-2020s, at least part of Huawei's $20 billion research-and-development budget is probably dedicated to open RAN.