Ericsson warns of O-RAN holdups until China problem is fixed

O-RAN, we have a problem, radioed Nokia last week as it brought a halt to all technical activity in the specifications group.

The Finnish equipment vendor is suddenly freaked out by the presence in the O-RAN Alliance of several Chinese companies on the Entity List, a trade blacklist maintained by the US government. Pooling expertise with those companies may be illegal, it fears.

Concern about the organization's compliance with US laws goes beyond Nokia, it turns out. Just days after it hit the pause button, Ericsson has warned of possible delays until the issue has been addressed.

"We operate according to strict controls recognizing that companies are added to and removed from the Entity List on a regular basis," said the Swedish company in a statement emailed to Light Reading.

"The current situation may hamper progress within the O-RAN Alliance and we are keen to see the situation resolved as quickly as possible." 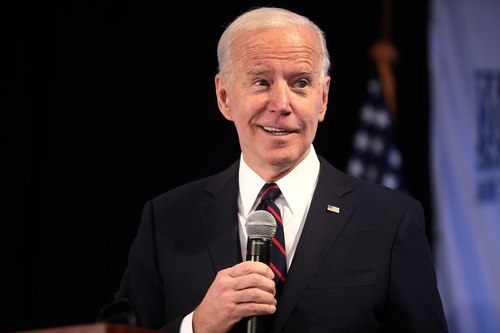 Joe Biden's government is under pressure to do something about the O-RAN Alliance.

Other leading members have also acknowledged there are compliance issues, including AT&T. "We have not suspended our participation in the O-RAN Alliance," said the US operator, when asked if it would also pause technical work.

"We remain fully committed to the Alliance as they work to ensure compliance with US law."

Formed in early 2018, when the largely American xRAN Forum merged with China's C-RAN Alliance, the O-RAN Alliance is working on the specifications behind open RAN, an in-vogue attempt to boost interoperability and competition in the market for radio access network technologies.

It was turbocharged by the Trump administration's campaign against China's Huawei, a major rival to Ericsson and Nokia seen by US authorities as a Chinese government stooge and threat to US security.

Operators believe open RAN could end their dependency on Nordic suppliers in the sudden absence of Huawei, now banished from numerous countries and hurt by US sanctions (and not an O-RAN Alliance member). Championing the concept for similar reasons, politicians dream of cultivating domestic, open RAN alternatives to foreign suppliers of telecom equipment.

The irony is that the membership list for open RAN's main technical group features more Chinese names than the list of gold medal winners at the recent Tokyo Olympics. While that should surprise nobody aware of the group's genesis, those members include not only firms named on the Entity List but companies with obvious links to China's government.

They include China Mobile, China Telecom and China Unicom, the state-controlled operators, as well as ZTE, a large Chinese vendor, majority owned by government institutions, that previously featured on the Entity List (it was removed in 2018 after paying fines, replacing managers and agreeing to be supervised by US watchdogs).

In total, some 44 Chinese companies are members of the O-RAN Alliance, according to research carried out by Danish advisory group Strand Consult, giving China a bigger representation than any country bar the US. Inspur, Kindroid and Phytium, the three on the Entity List, seem to have prompted the anxiety about compliance.

Members would risk breaking the rules if any of their US employees or US-origin technologies have exposure to the O-RAN Alliance, Light Reading has learned. Either would effectively mean that American expertise is being shared with blacklisted firms.

It was precisely this concern that US authorities flagged when they added Kindroid to the Entity List last month.

"Specifically, the ERC [End-User Review Committee] determined that these entities are acquiring and are attempting to acquire US-origin items in support of military modernization in the People's Liberation Army," said the US Bureau of Industry and Security in a statement at the time.

No easy way through

But a resolution is unlikely to be straightforward. Many US companies that are members of the O-RAN Alliance are heavily reliant on domestic staff and technology expertise.

While headquartered in Finland, Nokia employed about 12,000 people in North America last year (when it had about 92,000 employees altogether). A melange of former US and European firms, including the New Jersey-based Bell Labs, it has American expertise in its DNA.

It is possible the Biden administration is prepared to overlook an infringement. Parallel Wireless, a US software company and O-RAN Alliance member, clearly believes the group should be allowed to function like other standard-setting bodies that also feature Chinese companies, including the blacklisted Huawei.

"To address Nokia's concern, we reasonably expect that the White House will clarify things and issue licenses to allow companies to sit on the same key industry groups as Huawei in the O-RAN Alliance, just like it has done in the past for the operators' association GSMA, standard-setting bodies like IEEE, ETSI and ISO and UN telecom group ITU, without being in violation of the Entity List rules," said Eugina Jordan, the vice president of marketing for Parallel Wireless, in an emailed statement.

Yet critics do not think the O-RAN Alliance should be classed as a standards body and extended the same treatment. In a recent paper about open RAN issues, Strand Consult went so far as to accuse the US National Telecommunications and Information Administration of promoting "a closed association that doesn't meet openness requirements in the WTO [World Trade Organization]."

"The O-RAN Alliance is a closed industrial collaboration developing technical RAN specifications on top of 3GPP standards," said the advisory group in its paper.

Even so, there is fear within major equipment vendors that today's bigger standards bodies could eventually split along geopolitical fault lines. John Strand, the CEO of Strand Consult and an outspoken critic of Huawei, thinks that would be unfortunate.

"We still need to do business with China and find a way to work with them," he tells Light Reading. "There is a huge difference when things are happening in the 3GPP in a transparent environment with a certain democracy."