Europe's largest telco is getting a new chief technology officer, and if his previous job is any guide then open RAN could become an even bigger priority. Since early 2018, Deutsche Telekom's technology department has been led by Alex Choi, a former executive at South Korea Telecom who was lured to Germany as 5G launch plans began to crystallize. After three years in the role, Choi is stepping aside to focus on research. His successor, Abdu Mudesir, has spent the last year and a half in charge of Deutsche Telekom's open RAN strategy.

The staff changes were announced in a recent LinkedIn update by Claudia Nemat, Deutsche Telekom's board member for technology and innovation (the boss of Choi and Mudesir). They will come into effect on April 1, when Choi takes over research activities, T-Labs (effectively Deutsche Telekom's research-and-development department) and what Nemat refers to as "special projects."

The move appears to suit an executive who has looked heavily involved in research and laboratory tests ever since he joined the German incumbent. Among other things, Choi has led experimentation with edge technologies, positioning MobiledgeX  a Silicon Valley startup in which Deutsche Telekom invests  as a potential middleware standard for this market. He has also been investigating the use of open RAN. 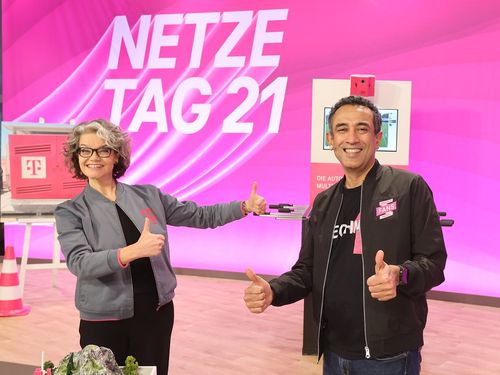 Supporters of that concept seek to replace the "closed" interfaces used in most of today's mobile networks with more interoperable technologies. Thanks to specifications drawn up by the O-RAN Alliance, an industry association that counts Choi as its chief operating officer, an operator should be able to mix and match vendors more easily at a given site  instead of buying all the products from one vendor's system. Enthusiasts insist open RAN will spur competition, lower costs and fuel innovation.

But Deutsche Telekom has made only tentative progress under Choi and Mudesir, appointed head of open RAN in June 2020. Unlike Vodafone, which is deploying open RAN at 2,500 sites in the UK, it has made no firm commitment to use the technology at any of its commercial sites. Deutsche Telekom has not even gone as far as France's Orange, which last year said its "ambition" was to buy only O-RAN-compatible products starting in 2025.

All quiet in O-RAN Town

Despite its insistence that open RAN is an important strategic objective, Deutsche Telekom's only significant move so far is "O-RAN Town," a real-world testbed for open RAN technology near the city of Neubrandenburg. It was unveiled in December 2020 and went live in June last year, with partners including Dell, Fujitsu, Intel, Mavenir, NEC and Supermicro all announced during the radically downsized Mobile World Congress in Barcelona.

Yet there has been no update since then, and Deutsche Telekom has continued to push ahead with the rollout of 5G technologies supplied mainly by China's Huawei, a vehement open RAN opponent. In other countries, the rationale for investment in open RAN is largely about nurturing alternatives to Huawei, which some European governments have banned from their 5G markets on security grounds.

A lucrative trading relationship with China could explain why Germany has been far less restrictive. And while Deutsche Telekom is stripping Huawei out of its mobile core  the sensitive control center of the network  it continues to buy radios from the Chinese vendor and counts Sweden's Ericsson as its only other domestic supplier.

That 5G network is now widely deployed. With 63,000 antennas operational across Germany, Deutsche Telekom was boasting 90% population coverage in December. Switching to open RAN in these areas would mean stripping these out, and writing off the cost, or running two networks in parallel  something Vodafone is keen to avoid doing in the UK.

Speeding up and slimming down

Of course, Mudesir's recent background in open RAN does not force Deutsche Telekom to have a more aggressive open RAN strategy. Besides his involvement in that technology, he has also previously been responsible for technology architecture and innovation, and he worked as the vice president of vendor strategy and 5G technologies between April 2018 and May 2019.

Intriguingly, he spent more than five years at Huawei before joining Deutsche Telekom in 2018. His last role for the Chinese company was as vice president of its 5G business in Europe. According to his LinkedIn profile, this mean taking responsibility for "product planning as well as go-to-market strategy, partnering and overall ecosystem development."

As well as announcing the technology management changes, Nemat said Deutsche Telekom had been able to cut its "delivery speed" from 18 to 2.5 months thanks to "the rigorous transformation of our IT." Like other European telcos, it has been overhauling back-office systems and phasing out older platforms to speed up processes and save money.

Perhaps the best-performing of the big European operators, Deutsche Telekom has cut nearly 35,000 jobs outside the US market since 2015 as it has sold non-core assets and gone for what Arash Ashouriha, its senior vice president of technology innovation, once described as "brutal automation." The company's adjusted margin for earnings (before interest, tax, depreciation and amortization) has risen more than 12 percentage points over that period, to 41% for the first nine months of 2021.