Check out today's orthodox mobile networks and you'll find the clever radio stuff  processing of signals and baseband wizardry included  happens at the cell site. Then travel to Japan and see what Rakuten is building. When finished, around 4,000 small data centers will handle functions for a network comprising about 45,000 4G basestations and 35,000 5G ones. Stripped of all but the essentials, the radio sites are skeletal.

It is a model of parsimony that appeals to some of Europe's biggest operators. Vodafone has already chosen suppliers for a UK network based on Rakuten principles. The 2,500 sites it will replace were built entirely by Huawei, a Chinese vendor that operators must stop using under government rules by 2028. In the new set-up, a technique called virtualization will allow one vendor's software to run on the sort of general-purpose equipment typically found in data centers. South Korea's Samsung is stumping up the software, while Dell and Intel contribute the servers and their chips.

Yet the similarities with Rakuten only go so far. While Vodafone's network will be virtualized, the radio functions will initially continue to live at the cell site in what Wind River, one of Vodafone's new suppliers, calls a distributed RAN (radio access network). Whatever the service benefits, cutting hardware costs is likely to be harder than it is for Rakuten, purely because Vodafone will need more dedicated resources for each site. 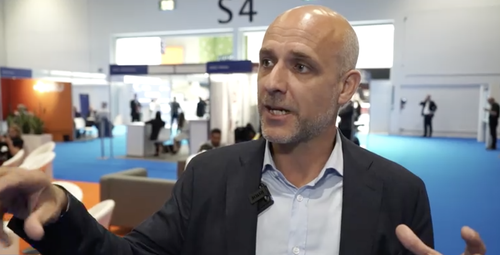 Vodafone's Andrea Dona is eager to pool his RAN resources.

Rakuten has long claimed that its network is 40% cheaper to build and 30% cheaper to operate than a traditional one. None of the savings, however, will come from a reduction in software spending. That is expected to remain at a comparable level, even if payments flow toward new suppliers.

Upfront costs will drop, claims Rakuten, only because it will be able to pool servers and cut back on site-specific equipment. When it comes to running costs, less equipment should theoretically translate into lower payments for rent, electricity and field maintenance. With centralized resources, fewer technicians are needed.

This all explains why Vodafone, ultimately, is eyeing a similar overhaul. "It will take time but that is the direction in which we will eventually go," says Andrea Dona, the chief network officer for Vodafone UK. The big problem that he and other European operators face is the sheer effort it may take.

For a start, operators pooling radio resources a la Rakuten will need extremely high-capacity links between those facilities and their mobile sites. Rakuten is lucky because it operates in a market crisscrossed by fiber-optic cables. But the UK and certain other European markets are far less fiber-rich. "What we really need is access to lots of fiber at a good rate, and then we can shrink our RAN footprint," says Dona. The speed of the transition will "depend on how much access to cheap fiber we have," he says.

BT, the UK's largest fiber investor, is now pitching other technologies for these fronthaul links. "Recent developments in high-capacity radio systems operating in E-band plus future opportunities in D-band will ensure that in certain scenarios a wireless fronthaul link will be viable as an alternative to fiber," says a spokesperson via email. If wireless measures up, it could massively bolster the business case for investing in a cloud RAN (or C-RAN).

Vodafone, however, is not the only European operator emphasizing the importance of fiber. France's Orange is also considering a future investment in hundreds of edge nodes, each of which might be tens of kilometers from basestations it would support. "One thing nobody is really highlighting is that we first need to have the right fiber," says Yves Bellego, Orange's director of network strategy. "All this makes the assumption that you have fiber connected everywhere."

Fiber is not the only requirement, either. Besides high-capacity links, operators would also need access to lots of data facilities. While the repurposing of central offices and street cabinets is possible, it is likely to entail some additional investment. An alternative might be to rent premises, but that would obviously force up operational costs. "Today, cloud RAN is in play at relatively few operators," said Gabriel Brown, a principal analyst with Heavy Reading (a sister company to Light Reading), in June. "It hasn't quite taken off because you need a lot of investment in a switched fronthaul transport network."

There is also a degree of skepticism that consolidation of IT resources would lead to substantial savings. "The economics of C-RAN are not yet proven beyond doubt and the equipment which is removed from the site is quite small in the scale of a multi-band macro cell basestation," says BT's spokesperson.

New silicon at the ready

The server chips that operators would use for C-RAN are more power-hungry than customized products, as well. While the current disparity is unclear, Peter Zhou, a senior executive at Huawei (an opponent of the cloud RAN, it should be noted), reckoned in early 2019 that Intel's x86 processors would use about ten times as much power as Huawei's own equipment in a 4G basestation. Today, unfortunately, there are few alternatives to Intel, with its 90% to 95% share of the market for data center chips.

One encouraging sign is the forthcoming availability of hardware accelerators made by other firms. Marvell, Qualcomm and Nvidia are all touting new silicon products that use a technique called inline acceleration to slash reliance on Intel for baseband processing. "The move to inline is really about how to enable the virtualized RAN to be highly energy efficient," says Gerardo Giaretta, the senior director of product management for Qualcomm. "How to make sure that if an operator deploys it, the total cost of ownership for that site is the same as the total cost of ownership for a traditionally architected site." 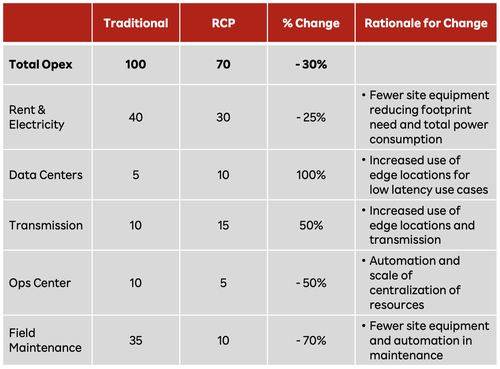 Entirely bypassing Intel would be difficult, though, and networks that combine x86 processors with third-party accelerators will need software that works on multiple hardware platforms. Interestingly, a virtual RAN relationship between Ericsson and Nvidia was announced back in October 2019, but the Swedish vendor is sticking to silicon developed entirely by Intel for the product it will release next year. "You are not going to be able to support all platforms from day one," said Per Narvinger, Ericsson's head of product area networks, when asked why Nvidia was not involved.

A possibility for operators is that a much broader network transformation  of which C-RAN is just one component  will generate overall system efficiencies. Orange is now considering a multi-national investment that would cover telco cloud, edge computing and a RAN upgrade. Hosting enterprise applications in the same edge data centers used for RAN functions and the 5G core would obviously be more economical than putting them in separate facilities.

The need for this joined-up thinking is essential, as far as Orange is concerned. "It is pretty difficult to find a business case for a single edge computing service," says Bellego. "That is similar to virtualization  a single virtualization project could not justify the investment in infrastructure." Big telcos have sounded determined to build more virtualized mobile networks, based partly on hardware and software products developed by new suppliers. But on its own, the cloud RAN is still a very hard sell.