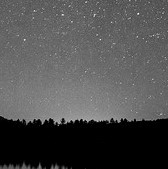 Long-standing industry analyst Michael Howard, one of the most well known, respected and loved individuals in the communications networking and services industry, passed away on October 15.

Michael was a co-founder of Infonetics Research in 1990 and, during his years as an analyst and adviser, became not only one of the most recognized names and faces in the telecoms industry -- whether through direct work relationships or as a prolific speaker and host on the conference circuit -- but a friend and mentor to many people.

You can read his biography here.

For those who knew Michael, I'm sure their main memory will be very similar to mine: A man who always had a smile and a cheery, sincere "Hello!" when he saw you, a man who always had time to chat, even if he was due somewhere else. His enthusiasm for his work -- for life in general -- was infectious. 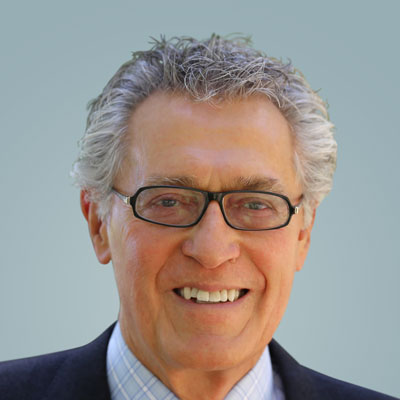 Michael Howard as many will remember him – smiling.

The news of his passing will likely come as a shock to many; he had shown no signs of slowing down since the acquisition of Infonetics in late 2014 by IHS Markit: That business then became part of Informa Tech in August this year.

We need more people like Michael Howard. We can maybe all strive to learn from his example and help make the world a kinder and happier place.

On behalf of everyone at Light Reading I'd like to send our condolences to Michael's family and his many friends. He will be missed.

MNewsom 10/21/2019 | 11:57:42 AM
Sincerest condolences I can only echo what my esteemed colleagues have posted here already and my sincere condolences to the Howard family.  So many great memories over the years, dating back to briefings with Michael at what I think were the first Infonetics offices on W. Julian Street (as I recall) in San Jose.  Telling clients -- "you gotta do this briefing, it'll be well worth it!"
Reply | Post Message | MESSAGES LIST | START A BOARD

ajwdct1 10/18/2019 | 7:53:44 PM
A Gentleman, Scholar and Committed In over 25 years of interacting with Michael Howard, there are only good things to say about him.  While he may have had strong opinions from time to time he was always tolerant of other views and was always courteoud and gracious in his remarks- both verbally and in writing.  He also kept all his committments and followed up me whenever I had a technical or market issue related to his research.

Michael was a very strong family man who not only worked with his two daughters and son at Infonetics, but also took many a family vacation with them.

He will be greatly missed by this journalist.

It was a joy and adventure to work for and with Michael. He helped launch and shaped my career, and I'm deeply grateful for the time, laughter, and knowledge he shared with me. Traveling with Michael was a treat, especially if you got to dine with him! H

His influence and memory live on in all he met, making the world a better place still.

Rest in peace Michael. May we find solace in the eternal positive impact he gave to the world. I know I'm smiling with my memories.
Reply | Post Message | MESSAGES LIST | START A BOARD

nabil123 10/18/2019 | 3:14:59 PM
Michael Howard ... Leaving a great legacy I got to know Michael at his firm, Infonetics, in the early 90's when they published an analyst report about Dial-up Routers! The report was extremely informative and insightful, and influenced me to follow their reserach reports ever since.

I recently dealt with Michael on SDN and NFV, which I was quite involved in. He continued to ask the right questions, while analyzing and providing great insights.

More recently, I dealt with his Son, Larry, who carried the same values and integrity as his dad. My sincere condolences to Larry, his siblings and their families, and all their friends. God bless.

cchapp 10/18/2019 | 5:44:03 AM
Remembering Michael A great loss to the industry - his absence at industry events this year has been keenly felt. Not just his sharp mind in asking probing questions, but his friendliness and kindnesses are much missed. His energy, passion for the industry and spirit of inquiry have been an inspiration. My condolences to his family.
Reply | Post Message | MESSAGES LIST | START A BOARD

drmitsos 10/18/2019 | 4:27:02 AM
A landmark analyst It's a sad day in the telecoms analyst world, the market has truly lost one of its greatest assets. I remember Michael much like other analysts, always present in conferences and asking the difficult questions. One of the people younger analysts had great respect for, regardless whether we were competitors or not.

My condolences to his family and his Infonetics/IHS colleagues.
Reply | Post Message | MESSAGES LIST | START A BOARD

DanPittPaloAlto 10/18/2019 | 2:07:54 AM
How special Michael was What sets Michael apart from the many other fine analysts I know was his humanity and his deep curiosity. Michael always asked the hardest questions but in the nicest way. He was not interested in embarrassing anyone; he simply wanted to unearth the truth, be it stark or nuanced. I'm sure that's why everyone I know welcomed an encounter with Michael. Michael's only concept of "Gotcha" was "I got to know you".
Reply | Post Message | MESSAGES LIST | START A BOARD

nav4141 10/18/2019 | 2:00:42 AM
Remembering Michael I was extremely saddened to hear the news about Michael Howard, a pioneer in the networking and communication industry and an affectionetly known as the "godfather of industry analysts". As a former analyst, colleague and client there is no other person who had the passion, intellect and energy to travel, talk and debate about the latest topics in telecom, networking and even wine!

stanMEF 10/17/2019 | 6:09:17 PM
A True Gentleman I share the sentiments of so many who are mourning the loss of Michael Howard, a very fine man. I have known Michael for more than 20 years and always appreciated his graciousness, sincerity, humor, friendship, and kindness toward all that he met. He truly embodied the sense of community in our industry.

Michael's attention to detail and true interest in others was evident in every conversation and in every meeting. His loss hits hard.

I want to express my deepest condolences to his family and thank them for sharing his life with so many of us.

[email protected] 10/17/2019 | 5:25:28 PM
RIP Michael, You Will Be Remembered Like some others here I worked with Michael for over 20 years. He had to be one of the nicesest and most generous people I ever had the pleasure to know. That is what I remember first and foremost. Next is the lovely family he raised and the great business he built and, even to his last days, his insighhts and tireless passion for the industry. I will miss him.
Reply | Post Message | MESSAGES LIST | START A BOARD
Page 1 / 2   >   >>
EDUCATIONAL RESOURCES
sponsor supplied content
400G applications: six key use cases and how our comprehensive solution can help you support them
Build an IP-optical network thats ready for the challenges and opportunities of the 400G era
The 400GE inflection point
Strategize, optimize, economize: the 400G everywhere blog series
The latest generation of coherent optics for application-optimized IP-optical networks
CPC Executive Brief
Nokia Cloud Packet Core ebook
Innovate and Execute With a Simplified 5G Core
Educational Resources Archive
More Blogs from Shades of Ray
Farewell, Light Reading, and thanks!