Nefeli is currently testing its software in two major telcos, including Colt Technology Services and one other that prefers anonymity. And Nefeli plans to ship in Q4 2019 or Q1 2020 with four big telco customers.

Nefeli, launched in 2017 with a $10 million series A funding round, is co-founded by company chairman Scott Shenker, who was previously the initial CEO of Nicira, an early software-defined networking company that sold to VMware for $1.26 billion in 2012. Another co-founder is CTO Sylvia Ratnasamy, an associate professor of computer science at the University of California, Berkeley, where her work focuses on the design and implementation of networked systems.

Shenker and Ratnasamy are also co-founders of LeanNFV.org, a group developing the public Lean NFV architecture, which any other company can use freely. Lean NFV launched publicly at the Open Networking Summit in April. 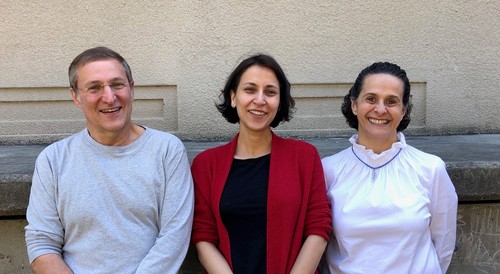 Lean NFV is designed to drastically simplify the complexity of implementing NFV.

In its original, 2012 vision, NFV was intended to provide agility for telcos and other service providers implementing network functions, such as firewalls and load balancers. In conventional telco networks, these functions are generally implemented with customized hardware and software. To upgrade capabilities, network operators need to buy new hardware.

NFV seeks to transform networks by implementing network functions as standardized software running on commodity hardware or in the cloud.

But reality has lagged behind the vision, with NFV proving to be a complex implementation available only to the most sophisticated service providers, or through proprietary, single-vendor implementations little better than the hardware that they are designed to replace. Certainly, there are NFV success stories, with significant vendor support and implementations recently from Turkcell, Intel, AWS, Colt, Equinix, AT&T and VMware. But NFV is out of reach of most operators.

Shenker lays the blame for the complexity on the NFV infrastructure. The NFV architecture requires complicated paired APIs between individual VNFs. These APIs vary by orchestrator and vendor, Ratnasamy tells Light Reading.

Lean NFV replaces the APIs with a single "key value store," a shared information repository that can hold information that VNFs need to exchange, such as configuration, software state, analytics and internal status for snapshotting. The key value store is based on existing technology used in Kubernetes and other systems.

"We're cutting through the clutter because those are all the things we need," Shenker tells Light Reading.

"We've been talking with companies that have been trying to do NFV implementations for years," Nefeli CEO Eugenia Corrales tells Light Reading. "This allows them a path forward, a strong roadmap. And because it requires minimal implementation, it's a lot easier for them to deploy it."

Lean NFV is a new approach. "The approach that has been taken in the past is not working," Corrales adds.

Nefeli is charged with turning the Lean NFV vision into commercial code. "We have an implementation of Lean NFV. It's flexible. It can be used for a lot of things," Corrales says. The first use cases are around the enterprise edge, providing SD-WAN, firewall, Internet of Things network functions and 5G, either on uCPE or in the cloud. Additionally, Nefeli is providing multicloud exchange, to help enterprises connect to multiple clouds. Future goals include helping service providers provide outsourcing for enterprise networking, as well as residential applications for cable providers.

Roz Roseboro, Heavy Reading Principal Analyst, Cloud Infrastructure & Management, said she's impressed by the Lean NFV vision. The problem the company is trying to solve is real; integration is one of the leading problems that service providers face when implementing NFV. Because there are no greenfields; operators need to integrate extensive legacy equipment with whatever they are building.

However, Roseboro is skeptical that Lean NFV can solve the problem as easily as its advocates make it sound like they can.

Roseboro says she has talked with operators who say they fear Lean NFV is an ivory tower solution, fitting the founders' university heritage, that will not survive contact with the real world, though she does note that it's backed by Constantine Polychronopoulos, VP and CTO of Telco NFV for VMware, which definitely provides the project with real-world credentials.

Other backers include executives from Colt, F5, Comcast, Intel and Arista, with others who formerly worked at NT&T and AT&T.

Still, getting community buy-in will be challenging, particularly from vendors who get competitive advantage from lock-in, Roseboro says.

However, Roseboro concedes her skepticism may be misplaced -- and hopes that it is.

"It would be great if it really did work that well. It would solve a problem that people are all trying to address," she said. "I remain skeptical -- but if you really have solved it, that would be amazing."