KPN is not wasting any time. Just a day after canceling Dominique Leroy's appointment as CEO, the Dutch incumbent has named Joost Farwerck her permanent replacement. It has also made several other management changes, including the appointment of Chris Figee as chief financial officer.

The shake-up follows the most dramatic few days in the Benelux telecom sector since Belgacom renamed itself Proximus in 2014. Leroy had quit her role as the CEO of Proximus to take up the same job at KPN, but her untimely sale of Proximus shares just weeks before her resignation has triggered a Belgian investigation into possible insider trading. Yesterday, KPN decided it could not hire a CEO who might face criminal charges. "We wish her all the best," it said in a brief statement. 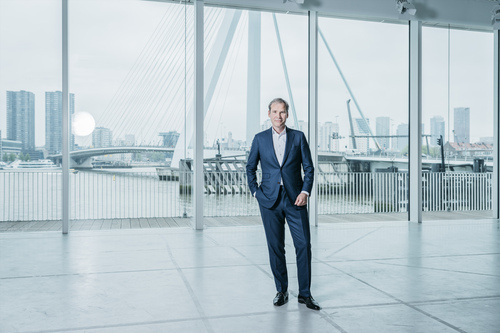 The appropriately named Joost Farwerck will have no time for play as he tries to reinvigorate the Dutch incumbent.

Finding itself CEO-less, KPN put Joost Farwerck, the chief operating officer, temporarily in charge on Monday. Just a day later -- and no doubt after a frantic session of board meetings -- it had decided he was good enough to be a permanent option for both the CEO and chairman roles. Unlike Leroy, he hasn't been selling shares before bailing out of an organization and has been firmly ensconced in the KPN system ever since completing a law degree at the University of Amsterdam in the early 1990s.

"With Joost assuming the role of CEO, the supervisory board is pleased to appoint an experienced telecommunications professional," said Duco Sickinghe, the supervisory board's chairman. "He has been a member of the board since April 2013 and is part of the leadership team that shaped the 2019-2021 strategy."

Farwerck gave little away in his own statement on the CEO move, blandly stating he will "explore how we can accelerate the execution even more to deliver organic sustainable growth." However, if he was part of the management team that signed off on the current strategy, he seems likely to continue cutting jobs as part of "digitalization" efforts to boost profitability. KPN cut 844 roles last year, leaving it with 12,431 employees in December: Its workforce has shrunk 12% since 2015. The reductions, unfortunately, have not brought any improvement in revenues per employee, which dropped from nearly 500,000 ($545,000) in 2015 to around 454,000 ($495,000) last year.

Besides naming Farwerck CEO, KPN revealed that Chris Figee will replace Jan Krees de Jager as CFO. Figee is joining from insurance company ASR Nederland but will not start until February 1 next year. His predecessor, de Jager, will remain on the board until March 1 and then leave to pursue "entrepreneurial" interests. He will, though, remain available to KPN in an advisory capacity.

In the meantime, KPN is to expand its board of management to include Jean-Pascal Van Overbeke, the chief of the consumer market, Marieke Snoep, the chief of the business market, Babak Fouladi, its chief technology and digital officer, and Hilde Garssen, the chief people officer.

This new governance structure, which takes effect on December 1, is aimed at helping KPN to implement its 2019-2021 strategy, said the company, and "also recognizes the importance of the human factor" in that strategy. Whether that means the importance of removing humans, employees will soon find out.