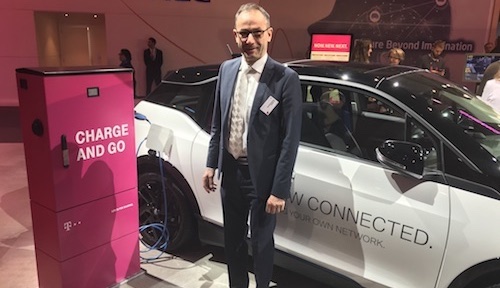 How would you like your vRAN?
The more open the interfaces, the easier it may be for operators to build an entirely virtualized RAN and reap the benefits. In the meantime, a menu of vRAN alternatives, ranging from almost no virtualization to the full shebang, has been floating around.

Broadly speaking, there are three network layers that an operator must consider with RAN baseband virtualization: The physical layer (or PHY); the linking layer (MAC); and the uppermost, coordinating layer based on the packet data convergence protocol (PDCP).

Virtualizing the PHY layer is difficult, says Brown. "Because you need super high performance, the top four or five vendors have specialist silicon, like ASICs [application-specific integrated circuits] to do that PHY processing, or they use specialist DSPs and FPGAs [board support packages] from providers like Freescale, Cavium, Xilinx and Altera/Intel," he explains. "It is hard to virtualize that part and maintain the performance density operators need."

The MAC layer is also not easy to virtualize, says Brown, although more doable than PHY. Even so, when companies refer to vRAN, they are often talking about the relatively straightforward virtualization of the upper PDCP layer. "That is easier to do," says the Heavy Reading analyst.

After weighing the menu of options, the 3GPP standards group has settled on two "functional splits" in the RAN. The less extreme vision is a higher layer split at the PDCP layer, known as "Option 2" in 3GPP jargon, and a lower layer split at the PHY layer, known as "Option 7." In principle, this functional split is independent of virtualization, although in practice they are often linked, notes Brown.

Each option has its pros and cons. The more extreme approach would give an operator more "coordination gain," says Brown. "You can coordinate which resource blocks are allocated to which user at which point in time at a microsecond level, and you can reduce interference and improve performance and efficiency." On the downside, this option would drive up the complexity and cost of an operator's fronthaul network, where the CPRI interface is used to ferry information between remote radio units and centralized baseband equipment.

By contrast, in limiting itself to an upper layer split, an operator would get less coordination gain but also have far less to worry about on the fronthaul side. "It is a trade-off," says Brown. "That is basically what this is all about."

White box upheaval
Less convinced than others that RAN virtualization would lead to substantial cost savings, France's Orange (NYSE: FTE) thinks it could potentially bring greater automation and programmability. Its broader virtualization concern is about working with a multitude of suppliers in an open, multivendor network. SKT, similarly, frets that its own operations department could be left mopping up any mess, as suppliers dodge responsibility for problems or integration challenges. (See Orange: Still No Clear Business Case for vRAN and vRAN Tech Hits Resistance at SK Telecom.)

But if vendors are not prepared to be supportive, then other players will ultimately step into the void, predicts Spinelli. Those could include systems integrators such as Capgemini . "They could take the whole project and supply everything and become the next Ericsson or Nokia, but making sure operators are paying the right price," says Amarisoft's CEO.

The emergence of new players could also help the ORAN Alliance to realize even bolder, "white box" ambitions. In today's world, an operator with an Ericsson AB (Nasdaq: ERIC) system is forced to use both an Ericsson baseband and radio. But what if a service provider could buy a radio unit off the shelf and deploy it with any vendor's baseband technology? The industry would essentially have created a market for "white box" radios.

The aspiration is "not insane or unreasonable," says Brown. Even so, he does not expect a white box market to develop quickly. For starters, a white box radio is at first unlikely to measure up in terms of performance compared with an integrated, optimized system. What also seems improbable is that an operator would buy white box radios from makers in Taiwan and then install the equipment itself.

But in shouldering that installation burden, a systems integrator like Capgemini, Tech Mahindra Ltd. or Radisys Corp. (Nasdaq: RSYS) could help to cultivate this white box market. There might even be a white box upside for the traditional vendors, too. "There is a lot of innovation in the radio area that doesn't get into networks because the innovators don't control the full RAN," says Brown. "If there is a baseline specification, then Ericsson and Nokia could work with partners on certifying white box radios for their systems."

By teaming up on white box radios with antenna suppliers such as CommScope Inc. or Blue Danube Systems , a big RAN vendor could theoretically speed up the development cycle. Products could be more rapidly designed for specific geographical markets or usage scenarios. Indeed, Brown thinks white box radios and RAN virtualization could hold particular appeal for new deployment cases, such as factory automation or smart agriculture. "These aren't well served by macro RAN products and have different requirements," he says. "And that is where vRAN and programmable systems have a good early fit."

With operators facing zero growth in sales, the virtualization of the RAN ultimately seems as inevitable as the spread of software in other parts of the telecom and technology industry. And while the average CTO might not yet have the confidence or cover to back a major vRAN deployment, virtualization is increasingly in the lexicon of senior managers.

At Orange, that already seems to have made a difference. Yves Bellego, the operator's director of spectrum strategy and planning, says Orange Spain is ahead of other Orange subsidiaries on virtualization partly because Laurent Paillassot, its CEO, is an advocate. Paillassot recently became deputy CEO of the Orange group. With more such individuals in the hot seat, Virgil might become less of a rarity in future. (See Is Orange's New Deputy CEO the NFV Champion It Needs?.)