With a Little Help From US, Huawei Is Morphing Into a Devices Business

It's official: Huawei is quickly morphing from a networks into consumer devices business. And the US-led campaign against the Chinese vendor seems partly responsible.

If one thing stands out in the company's just-published annual report for 2018, it is that Huawei's consumer business, which makes handsets and other gadgets, has now overtaken its network-designing carrier division as the biggest contributor to sales, as Light Reading had anticipated.

With headline sales up 19%, to roughly 721 billion Chinese yuan ($107 billion), and net profit rising a quarter, to around RMB59 billion ($8.8 billion), the switcheroo has been dramatic. In 2017, less than 40% of Huawei's revenues came from the consumer business, while the carrier division accounted for nearly half. The situation was almost reversed last year, with the consumer unit generating 45% of all sales and the carrier-focused unit delivering just 41% of total revenues. The remainder came mostly from the relatively small but fast-growing enterprise unit. 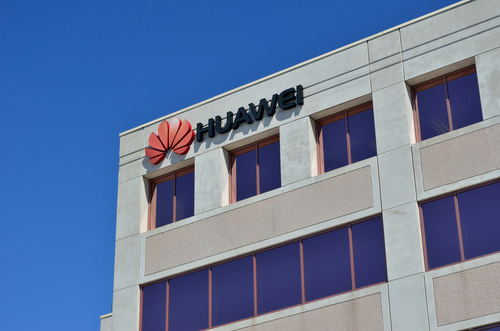 US Secretary of State Mike Pompeo and Donald Trump's other anti-Huawei minions can take some of the credit for this shift in fortunes.

Nevertheless, it remains unclear whether the US-led security backlash against the Chinese vendor had any significant impact on Huawei's carrier business last year. Only Australia imposed a blanket ban on Huawei's involvement in 5G, although New Zealand's government forced mobile operator Spark to use an alternative supplier. Authorities in western Europe believe tighter security checks on network equipment are needed, but they have resisted Pompeo's call for a Huawei ban.

In terms of telco decision-making, too, the impact seems limited so far. France's Orange will not use Huawei's 5G products in its domestic market, CEO Stephane Richard said last year. BT is stripping Huawei out of its mobile core but insists the move is related to a long-time internal company policy and not recent government pressure. Vodafone has similarly decided not to use Huawei as a core or transport network supplier in the UK and has paused the deployment of Huawei's core network products in other European markets, until there is more certainty about the security picture.

Yet major Huawei customers such as Deutsche Telekom, Telecom Italia and Telefónica do not appear to have backed away from the Chinese company. And Huawei still touts more 5G deals than either Ericsson or Nokia.

Despite all this, Huawei's carrier business shrank for the first time in years and was beaten by Sweden's Ericsson on sales growth. Revenues were down 1.3%, to about RMB294 billion ($43.8 billion), despite previous assurances by Ryan Ding, the carrier unit's president, they would grow 2-3%. The decline at a company that has thrived for so long at the expense of western rivals is a clear upset. But the blame probably lies with the market environment, and not the US. Finland's Nokia, whose product breadth is comparable to Huawei's, reported a 3% drop in revenues.

Where the US backlash inadvertently but almost indisputably had an impact was on sales growth at the consumer business. Analysts who cover the smartphone market broadly agree that patriotic Chinese consumers have been turned off Apple, the only US handset maker of real importance, by US moves against Huawei, including the arrest in Canada of Meng Wanzhou, Huawei's chief financial officer. Instead of buying iPhones, the Chinese are seeking out domestic smartphone producers including Huawei, which last year overtook Apple to become the world's second-biggest smartphone company, behind South Korea's Samsung.

Generating about 60% of its revenues from the iPhone, Apple blamed a Chinese downturn when sales for its December-ending quarter missed original expectations by around $5 billion. Now Huawei has reported a whopping 45% increase at its own consumer business for the 2018 fiscal year, to about RMB349 billion ($52 billion).

Of course, it is not just patriotism that has driven consumers toward Huawei's devices. Rather like in the networks market, it has gone from being a low-cost imitator to becoming a technology leader whose gadgets are increasingly revered. Shown off at this year's Mobile World Congress, its fold-out phones are at the cutting edge of the market (if a trifle expensive for most consumers). In areas like camera quality, battery life and processing power, its flagship smartphones are arguably the best in the world.

Is this sustainable? Consumer replacement cycles are lengthening, according to most analysts, because consumers are not convinced the latest upgrades are a big improvement on what they already own. Having crammed so many features into smartphones, device makers have almost nothing left to add (that anyone has thought of). For all gadget companies, this year could be tough.

For Huawei, the other risk is a ban on its purchase of US components. That measure was taken last year against ZTE -- after the smaller Chinese vendor was caught selling network products to Iran and North Korea in breach of US sanctions -- and nearly drove it out of business. Blocking Huawei's access to chips from the likes of Intel and Qualcomm could be devastating for its consumer business. The threat of a ban could partly explain Huawei's determination to produce its own ground-breaking chips and boost its inventory of product components. (See Huawei Boasts of Bullish Growth in 2018 Annual Report.)

Michael Genovese, an analyst with MKM Partners, has played down that possibility. "Banning Huawei could lead to an actual shooting war between superpowers," he said in a recent research note, pointing out that China could retaliate by threatening US access to Taiwanese-made semiconductors. Others think China could respond by targeting other industries where it has trade leverage. But no one is sure. Huawei's smartphone surge shows punitive measures can have unintended effects.