Here's an interesting exec move just before MWC: Former Sonus Networks CEO Ray Dolan has been announced as the chairman and CEO at Cohere Technologies , which is pitching network operators with wireless access gear based on Orthogonal Time Frequency & Space (OTFS) technology.

Dolan was at IP core and signaling specialist Sonus, and then briefly Ribbon Communications , for more than seven years: He was CEO at Sonus when it agreed in November 2017 to merge with Genband to form Ribbon, with Dolan as the designated CEO and president. But he stepped down from those roles in December 2017, only a month after the merger deal closed, stating it was "the right time for me to transition overall leadership of the company." (See Ribbon Cuts Ties With Ray Dolan, Names New CEO and Sonus & Genband Finally Combine to Form $745M Company .)

After what appears to be a break from the industry, Dolan joined Cohere in October last year, but his appointment has just been officially announced. 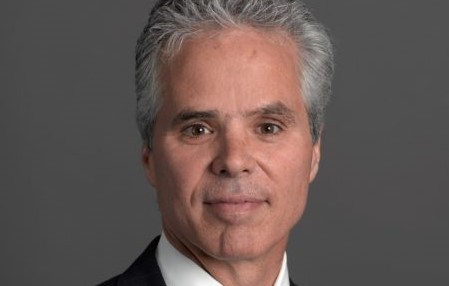 Former Flarion boss Ray Dolan is back in the wireless broadband biz.

Cohere's pitch to network operators is that its OTFS technology can deliver better spectrum efficiency than equipment based on the traditional OFDM (orthogonal frequency-division multiplexing) modulation. And that pitch has gained the company some traction in the past, when it was pitching itself as a fixed wireless technology supplier -- the likes of Telefónica , Telstra Corp. Ltd. (ASX: TLS; NZK: TLS), Altice , Sprint Corp. (NYSE: S), Deutsche Telekom AG (NYSE: DT) and Charter Communications Inc. have all conducted tests or trials. (See Telefónica Tests Ambitious New Wireless Tech.)

It also banked the company some funding in 2015, with Telstra as one of the backers. (See Startup Cohere Raises $35M for 5G Modulation.)

And now the company believes it can play a role in the 5G plans of operators, claiming it can help them overcome the performance and capacity challenges they face with 5G deployments. How? It's all about OTFS, which, according to Cohere (and for those at the sharp end of the wireless geek scale), "transforms two-dimensional channel measurements in 'Time/Frequency' to 'Delay/Doppler,' providing a stable and predictable channel model across time and a wide range of frequencies, thus delivering unmatched bits per Hertz performance and capacity."

It adds on its website: "OTFS builds a stable, deterministic and non-fading representation of a wireless channel to allow the receiver to coherently reassemble primary and multipath reflections of a transmitted signal. This maximizes the capacity of the channel to near Shannon's capacity level. In addition, OTFS sustains the performance despite changes in channel conditions due to fading and Doppler. This ensures a guaranteed high capacity link under any condition."

That's a bold claim, and one sure to come under scrutiny at MWC in Barcelona. And showing that it's prepared to put itself in the firing line when mixing with its peers and potential customers, the company claims it can "help deliver on the promise of 5G with seamless 4G to 6G coexistence."

Yup, it's going there and is already proudly wearing the 6G badge as no doubt many others will during MWC as questions are asked about exactly how well 5G will meet operators' needs. (See Don't Laugh, Charter Is Testing '6G' Wireless.)

Cohere's challenge will be persuading operators to integrate network elements based on a mostly unknown technology, of course, especially as they're already grappling with the deployment and integration challenge of early 3GPP Specifications-based 5G access networks.

But Dolan has form in getting an alternative high-capacity wireless technology in play: Back in the day he was CEO at Flarion Technologies, which attracted the M&A team at Qualcomm, and at least $600 million, with its FLASH-OFDM wireless connectivity technology. (See Qualcomm Calls on Flarion.)