The chief executive of France's biggest telco has warned an industry conference in the US about a "loss of trust in global supply chains" that could lead to the costly break-up of the entire market.

Stephane Richard, the boss of Orange, said restricting access to components and products would hit the entire industry and threaten the survival of 5G as a global standard.

The comments, which came during a speech at this week's Mobile World Congress Americas show in Los Angeles, are likely to be interpreted as a criticism of the US government's recent trade sanctions against Huawei, a Chinese equipment vendor accused of trade violations and spying for the Chinese government. 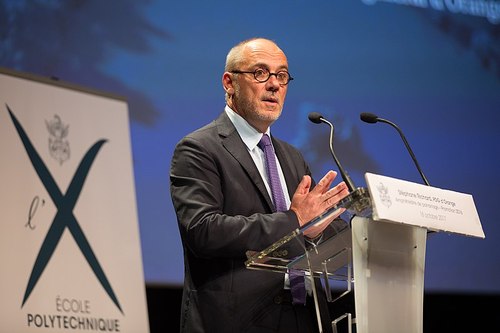 Orange's Stephane Richard has issued a strong warning about market and technical fragmentation.

A major Huawei customer in several international markets, Orange is understood to have been worried that a ban on the sale of US components to the Chinese vendor could disrupt operations -- although Richard did not specifically refer to Huawei in his speech.

"The global supply chain is intricately entwined, with key software and hardware components sourced from all over the world," said Richard, according to a transcript that Orange representatives sent to Light Reading.

Last year, a similar ban on component sales to ZTE, a smaller Chinese vendor, caused problems for European customers such as Italy's Wind Tre, which blamed the punitive measures for delays to a network project and the subsequent loss of customers.

US authorities have also been leaning on European governments to exclude Chinese vendors from 5G projects on security grounds. That campaign has so far had little success, although Orange has indicated it will not buy any 5G products from Huawei for use in the French market, where it has previously relied on Sweden's Ericsson and Finland's Nokia as mobile network suppliers.

"Restricting market access to key components and products will reduce the addressable market size for everyone, decrease competition and  increase costs," said Richard.

He went on to say that market break-up could ultimately lead to a "technical fragmentation," with one region using different standards from another's.

One possible scenario is a carve-up along geopolitical lines, with Chinese vendors concentrating on Africa and domestic territory while Ericsson and Nokia become dominant in the West.

With service providers already worried about the lack of competition in the equipment sector, Richard told show attendees that emerging technologies could provide a potential answer. "We stay confident that network softwarization will pave the way to new players in the supply chain, thus increasing competition and diversity of supply," he said.

But alternatives are beginning to emerge. Ongoing efforts around network functions virtualization and the introduction of cloud-native applications is enabling network software to be used in conjunction with standardized third-party servers to enable networking capabilities, and a group called the O-RAN (for open radio access network) Alliance is developing new interfaces to support multivendor networks.

Richard's speech comes shortly after Vodafone CEO Nick Read signaled a stronger commitment to open RAN technologies in the search for new suppliers. "We are pleased with trials of open RAN and are ready to fast track it into Europe as we seek to actively expand our vendor ecosystem," he said in a statement about recent pilots.

Vodafone is one of Huawei's biggest European customers and has warned that banning it from the region's 5G markets would hinder the rollout of new services and land Vodafone with a huge bill for replacing equipment.

Richard said telecom operators globally had spent $2.7 trillion in capital expenditure in the last 20 years while continuing to reduce prices for customers.

That has only been possible, he said, because of the economies of scale that globally harmonized standards have brought.