A top executive at one of Europe's largest service providers has dismissed the idea that open radio access network (RAN) technology could provide a "realistic" short-term alternative to the network equipment supplied by the big kit vendors, including China's Huawei.

Michael Trabbia, the CEO of Orange's Belgian subsidiary, told Light Reading that open RAN suppliers were not in a position to challenge mainstream network vendors as Europe's telecom operators start to invest in new 5G technologies.

"It is very interesting, but it is not yet mature enough," said Trabbia on the sidelines of an Orange event in London, when asked if open RAN could boost competition in the network equipment market. "I am not sure if it is realistic  We need to have 5G now -- we cannot wait five years."

Trabbia's remarks come at a critical moment in the European telecom sector, with operators throughout the region under pressure regarding their dependence on Huawei, a Chinese kit vendor the US government and sympathetic European officials claim is a threat to Western security. 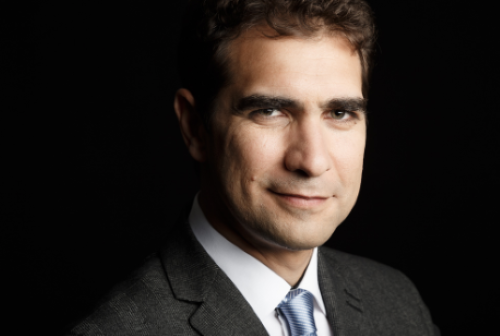 Operators say an official ban on the company would hinder 5G deployment and reduce competition in the mobile infrastructure market, which is currently dominated by Huawei, Sweden's Ericsson and Finland's Nokia. Conscious of the risks, players such as Spain's Telefónica and UK-headquartered Vodafone have thrown their weight behind open RAN as an alternative, with Nick Read, Vodafone's CEO, last year saying he was ready to "fast track" open RAN into Europe to "expand our vendor ecosystem."

Open RAN holds attractions for operators worried about the lack of competition because it promises greater interoperability and less reliance on specialist equipment. Smaller software companies such as Altiostar, Mavenir and Parallel Wireless are eyeing opportunities in this market that a Huawei backlash could bring. US politicians, for instance, have proposed setting up an open RAN fund worth about $1 billion to bolster US developers.

But other service providers have been less visibly involved in open RAN trials and Trabbia's comments may quell some of the enthusiasm that has recently surrounded the technology.

Critics say it lags mainstream 5G on technical capability, while operators backing open RAN have acknowledged that much of the vendor software does not yet work on general-purpose gear. The absence of a mature market for so-called "white box" radios has also been noted.

Any future European restrictions on Huawei could spell trouble for Orange Belgium, which uses Huawei as a RAN supplier but has already steered clear of Chinese vendors in the sensitive "core" of the mobile network.

Trabbia downplays any likelihood that new equipment suppliers will emerge to challenge the existing ecosystem.

"It is a huge investment in R&D to develop those products and so it is not possible to have tens of vendors," he says. "If we limit, with the US trying to ban Chinese vendors, we will end up with only two vendors and that is an issue."

"It is a question of capacity and also a question of legacy because in Europe a lot of Huawei has been rolled out," he adds. "If you need to change all this equipment, you might end up being late in rolling out 5G."

Network-sharing dilemma
Orange Belgium is already in a difficult position because of a network-sharing agreement it finalized with rival Proximus, the Belgian incumbent, in November last year. Under the terms of that deal, the companies are sharing "active" RAN gear -- the basestations and other electronics -- and not just the "passive" tower infrastructure and sites.

The arrangement now faces a regulatory challenge after Telenet, Belgium's smallest network operator, complained about the impact it could have on competition. On January 10, the Belgian Competition Authority imposed an interim measure on Orange Belgium and Proximus, preventing them from entering into any binding agreements about suppliers and the transfer of staff while authorities investigate Telenet's complaint.

The nature of the network-sharing agreement between Orange and Proximus means they have to "align on the choice of supplier," Trabbia tells Light Reading. In some network-sharing deals, each operator takes charge of a geographical area, chooses a vendor independently and then hosts the other service provider on its equipment, he says.

"If this was the policy in Europe, I don't see how we could serve customers in an efficient manner with the investments that are becoming extremely high with the succession of new technology generations," said Ramon Fernandez, Orange's chief financial officer and head of Europe.

Amid growing pressure on large organizations over the issue of climate change, Fernandez said agreements would also have a positive impact on the environment. "In terms of energy, if we want to save the planet, we had better be in a position to share the energy impact of networks," he said.

Despite concern that Huawei restrictions could hold up 5G deployment, Belgium is already far behind some other European countries: Its year-long lack of a functioning government means it has not been able to award the spectrum operators need to provide 5G services, says Trabbia.

"For one year there is no majority in parliament, meaning we are not in a position to decide," he explains. "The regulator is executing the auction but there are some pricing rules and conditions on spectrum allocation that need to be defined by government."