Dish Network last week announced it hired Marc Rouanne (of Nokia) and Stephen Bye (of Sprint) to build and sell its planned 5G network. Both executives spoke with Light Reading about why they decided to join the company, and what they plan to do.

"I've gotten to know Charlie [Ergen, Dish's chairman] over the years, and I've watched with a lot of interest in how he's putting together the options that he's created for himself," Bye said, adding that, when he was with Sprint in 2013, he got a text from one of the company's networking experts who said that Ergen himself was attending an industry standards-setting meeting.

"And I was just shocked that the CEO, chairman of the company would take the time to go down and actually be in those meetings to try to understand what was going on with the technology evolution," he said.

Continued Bye: "I think we have a unique opportunity [at Dish]. And we're all gonna look back in five to ten years and say, 'Wow, just look at what happened to this industry. We had a hand in making that happen.' "

Both Bye and Rouanne said they are relocating to Dish's headquarters in Denver to begin their work with the company. And though Dish's immediate 5G plans are contingent on T-Mobile's ongoing efforts to merge with Sprint, the company is nonetheless moving forward by issuing requests for proposals and hiring leaders like Bye (Dish's new chief commercial officer) and Rouanne (Dish's new chief network officer). 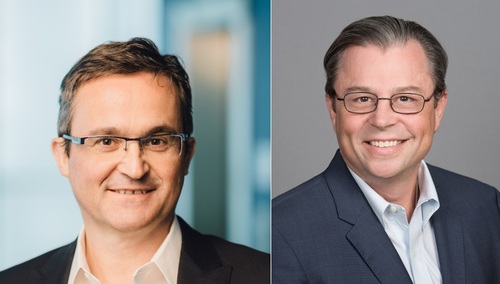 The below discussion with Rouanne and Bye has been edited for clarity and brevity.

Light Reading: Is Ergen for real? Is the company really going to build a 5G network?

Rouanne: I have zero doubt about that.

Bye: That was a conversation I had to have with my wife to get her to move to Denver.

Rouanne: And the interactions we've seen from the vendors, the suppliers, the partners, is clearly showing that all of them believe that it's real now.

Light Reading: Dish has estimated its 5G network buildout will cost around $10 billion. But analysts have argued that this is wildly low, considering Verizon and AT&T each spend around twice this amount on their own networks every year.

Bye: We're building a new network and a new platform with a completely different cost structure than anything that this industry has today.

I think people are going to be very surprised. And I think appropriately skeptical. Until we actually prove it.

Rouanne: There are four things that are driving the cost down. I'll start with O-RAN [open radio access network].

With O-RAN, it's becoming more open, there will be more [equipment] players. So the dynamic of the ecosystem is changing. I've been involved in X-RAN and O-RAN for many, many years. I've been a strong believer in the shift in the ecosystem, and it's happening.

The second thing is automation. It's a disruption in the market, in that it allows you to do much more faster time to market, accelerate the innovation, but also to do things in a much cheaper manner. It's also a big spending place. And if you don't have an incumbency of large teams, you don't have to restructure. You don't have to explain that, to train [employees], you just start natively automated. It's a massive differentiator.

[Third], legacy is a big cost. This one is understood, but I think people underestimate the cost of maintaining incumbency in existing telco networks.

And the last one is cloud native. Cloud native is a big thing. We're surprised by the capacity and the speed of cloud-native solutions. They can do the same things that you were seeing a year ago from classic telco roadmaps, they can do that in a fraction of the cost in terms of compute.

Light Reading: The spectrum that Dish owns and has earmarked for 5G is roughly similar to the spectrum that others are also planning to use for 5G. What will make Dish's 5G different? And what plans might Dish have for its 12GHz spectrum holdings?

Rouanne: Every time a new entrant has similar size spectrum, with almost no traffic, guess what? The impact has been big.

Yes, there's this beautiful 12GHz, a large band that has both big spectrum but also good propagation capabilities. There are a lot of ways to combine the spectrum for hotspot traffic. And, of course, that will be part of the opportunities and the studies that we will look at in the coming years.

Bye: This is what to me is very exciting. You've got all these spectrum assets -- you've got the balance of low-, mid- and highband -- and we get to design the network from the ground up, optimized for the target that we're building for today. And that is a huge advantage relative to the legacy that is being built up, and the cost to maintain that and transition that.

Light Reading: So how will Dish separate itself in the market from existing 5G players such as Verizon and AT&T? Will Dish be cheaper, or will it be something else?

Bye: The network is being built as a platform. We're going to serve everybody from consumers, from a retail perspective, all the way up through to wholesale customers and enterprise customers in between. And so the architecture is designed to allow us to do that, and the functionality exists to unlock that.

To predict what's going to come next, that's difficult. But we know we have the toolset that people can innovate around. And I think that's what makes this exciting.

Light Reading: Can you say how you're targeting those three markets: retail, wholesale and enterprise? Do you expect most revenues to come from retail, for example?

Bye: I don't want to put any numbers out there. It's a little too early.

Light Reading: Given that Dish expects to launch 5G with a fancy, cloud-native network, what services might the company offer?

Rouanne: That's a question we've gotten again and again: What are the use cases and what are the killer apps?

When you look at 5G, there are too many use cases. And everyone gets lost. There are like 100, 150 uses cases. And they all make sense. So they exist.

Now the problem of traditional go-to-market is that you invest in one use case, one at a time. Then you are scratching your head: Can I invest enough? What is my return?

We say, what does it require to build a network from scratch in terms of data access and open interface for all of these use cases, so that the guys that are then monetizing the network have it natively. So, if you start from scratch, it's very easy to do.

Light Reading: Will Dish be able to sell devices that can access the spectrum it's planning to deploy?

Bye: Those conversations have actually been going on for a long time. When the time comes, the devices will be there.

josh711 12/10/2019 | 9:07:49 PM
5g! I can't wait for 5g to be realased everywhere! I live in the country in texas and we over pay for our internet for poor performance. It's really annoying at times espesscaily when you're trying to use the internet out here. I've been waiting for years for a company to bring out reliable high speed internet! I need reliable internet because my kids work on homework online and I run a local handyman business.
Reply | Post Message | MESSAGES LIST | START A BOARD

I will take WiFi as the starting point to explain how 5G works. Most of have experienced WiFi in which internet service provider lay a cable to our house and provide connectivity to the world. You can make calls, watch TV, hvac santee, hvac san diego, hvac chula vista, do browsing, downloads/uploads etc. If you have high speed internet like 100Mbps, then you can further watch 4K video content from Netflix, Amazon prime etc. There is not a single difference between 5G and WiFi except name and the frequency band.