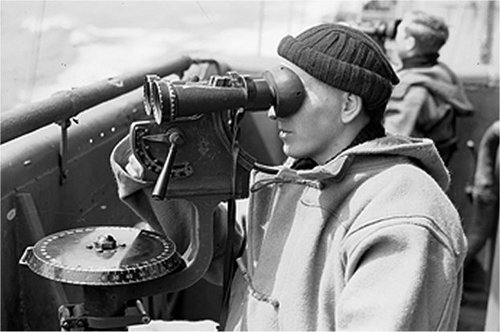 "He's either catching haddock or unplugging the Internet – it's hard to see from here."