5G Is Here Or It Was, Briefly, in Barca

Last year, 5G was just a twinkle in the eye of the technician, a dream of what the wireless industry could deliver with a fruitful union between its respective bits. This year, after much grunting and sweating behind the locked doors of equipment labs, those attending Mobile World Congress could finally get a peek at the new-born standard. And doesn't it look cute. 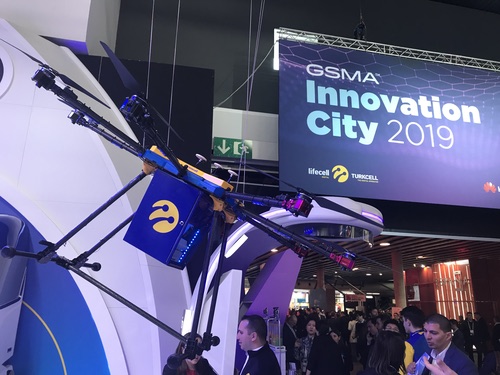 One of numerous drones shown off at this year's MWC.

Kit shown off in Barcelona will support all manner of 5G services: Virtual-reality (VR) gaming on smartphones; buffer-free HD TV on fold-out phones (who saw those coming a couple of years ago?); manned flying drones in the Middle East (yes, really); connected surgery (special mention goes to the brave or foolhardy individual who agreed to go under the knife for MWC19 demo purposes); and factory automation (sounds boring, but might be the most important of the lot).

None of these innovations is likely to arrive soon. After show organizers finish cleaning up the detritus left by 109,000 attendees (marking a slight improvement on last year's numbers), this 5G baby will go back in its room. For the grown-ups left standing, the next task will be figuring out whether most of these services can fly, or if Bruce Springsteen really is better than Duran Duran (see video below).


Worryingly, the most exciting thing about 5G is also the most uncertain. Low latency is touted as a magic ingredient that will unlock new flavors of 5G service. By cutting this signaling delay on mobile data networks, operators could do things not possible on today's infrastructure: VR gaming, for instance, which induces nausea if latency is too high. But while the technology is nearly there, the business models are not.

For starters, a telco won't simply be able to latch onto the forthcoming Release 16 standard (the one promising more than just faster connectivity), build its network in the time-honored fashion and expect VR developers to come calling. That's because one of the main determinants of latency is the distance the signal must travel. If all your application processing happens at a data center hundreds of miles from your game-playing smartphone customer, she is likely to throw up.

"Today it is 30 or 40 milliseconds usually, but it depends on where the cloud is," said Arnaud Vamparys, the senior vice president of radio networks for Orange, in a chat about mobile latency at this year's show. "There is an opportunity for the application to be closer in the next decade to the end user, and we'll need that anyway because of artificial intelligence and the way connectivity is going."

Imagine needing to converse smoothly in a language you cannot speak, he says. "If you want an enhanced translation service you would need to have it not on your smartphone but at a variety of data center locations." That could mean a big investment, and it's partly why so few operators have a firm idea about the number of facilities their future "edge" networks will comprise. 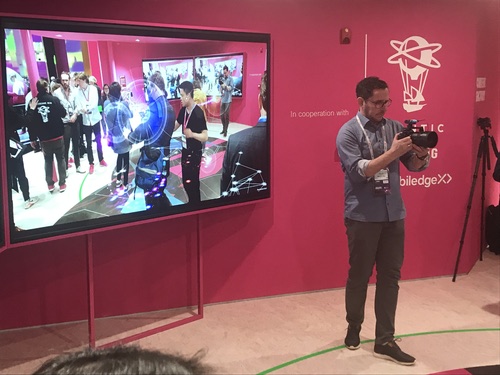 A cameraman films players of a new VR game developed by Deutsche Telekom, Niantic and Samsung.

Such decisions would be a lot easier if the order books for edge services were already filling up. Deutsche Telekom now has four edge data centers in Germany that have figured in VR trials with electronics giant Samsung and gaming company Niantic. But a spokesperson for the German operator agreed that future commercial arrangements were still "up in the air." The willingness of organizations to pay for low latency is largely unknown.

Bengt Nordström, the CEO of Swedish consulting firm Northstream and a former C-level telco executive, remains skeptical of the business case for low-latency communications. "We started with maybe 80 milliseconds of latency around ten or 15 years ago, and we are down to perhaps 15 to 20. Can we explain how much money that has generated or is it just a natural progression of networks embedded in the pricing we have? It could be the same here. We get lower latency and better performance, but it doesn't change the direction of the industry," he said during a Telecoms.com podcast filmed at the show (which also features Mary Clark, the chief marketing officer of software company Synchronoss, as well as beer drinking and copious foliage; it can be viewed below).


Like so much else at MWC, low-latency applications are a bit of razzle-dazzle for an industry whose normal condition is dazed and confused. Once the flying cars, robots and Minority Report-like mega screens are boxed up, the GSM Association has dumped this year's swag bag in the company vault, and the Catalonian 5G-gasm is finally over, telcos and their customers will have to face up to the reality of 5G as it is today: overpriced phones; dubious AT&T marketing; and a broadband improvement that most users will barely notice. But it wouldn't be MWC without a hangover the next day.